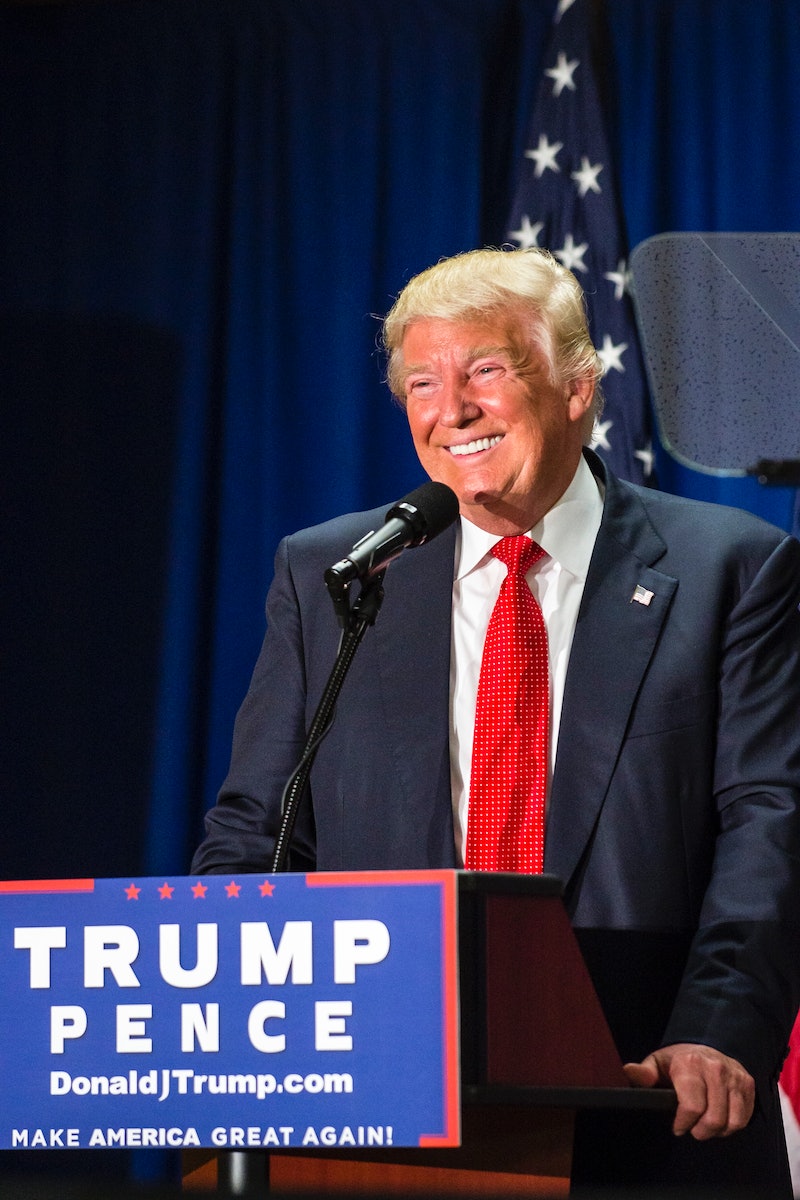 For years and years, Donald Trump has accumulated one of the most adversarial, combative, and downright childish Twitter feeds you'll ever see from a real-estate magnate and supposed world-class businessman. And even as a presidential candidate, he's kept up with the Twitter related controversies, whether it's hurling insults, retweeting white supremacists, or using the occasion of Sept. 11 to attack "the haters and losers." He loves that particular phrase, in fact. While Trump since deleted his 9/11 "haters and losers" tweet, he's got more than enough remaining to make the very same point.

In case you're not familiar with the tweet, the original is no longer available. However, thanks to Trump apparently quoting himself verbatim after the fact in a separate tweet, you can still see precisely how seriously and solemnly he took the 9/11 anniversary three years ago.

In a more conventional election season, with a candidate who didn't have a big enough record of indignities, insults, and outrageous statements to blot out the sun, this tweet would on it's own be a major campaign issue. And yet, taken in the full context of Trump's candidacy, it now feels a little quaint ― just a self-centered taunt on the back of the worst terrorist attack in American history, sure, what could be wrong with that? (Hint: everything.)

As a cursory search of Trump's Twitter timeline shows, however, this is far from the first or last time he'd show a heavy preoccupation with all the "haters and losers" out there. Here are all the tweets Trump has ever sent directed at this amorphous, anonymous group of detractors ― he's tweeted about "haters and losers" or "losers and haters" 43 times since 2013, including instances when he retweeted his followers. Here they are, starting from earliest to most recent.

In all seriousness, the above 43 tweets are a pretty striking view into Trump's reflexively praise-seeking, antagonistic posture on Twitter, and it's never a bad time to check in with reality, and acknowledge just how radically inane, insecure, and blistering this man's social media tendencies truly are.