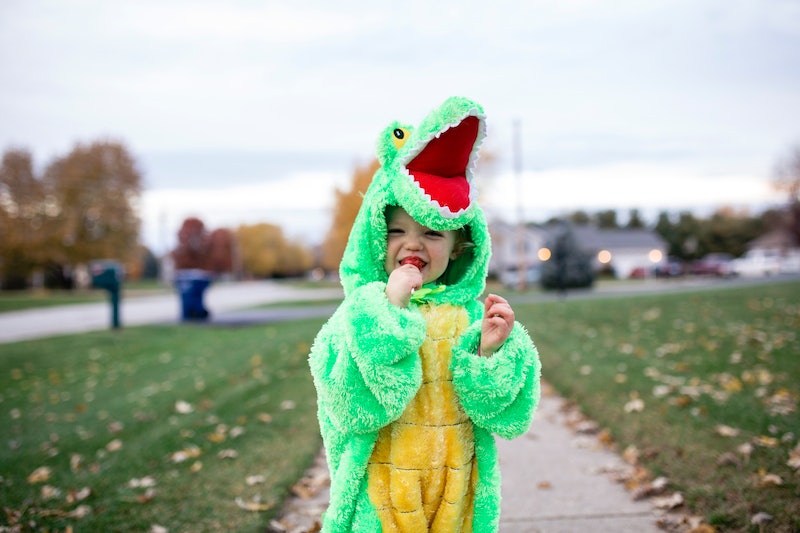 Any child (or former-child) knows that there is a hierarchy when it comes to Halloween candy: Reese’s Peanut Butter Cups and Milky Ways on top, Smarties and butterscotch on the bottom. (I’m not even going to address non-candies like raisins). But why do we give out candy on Halloween in the first place? Who was the first person to think, “By Jove, I’ve got it! Let’s have small children dress up like demons, visit all of the neighbors, and demand sugary treats in exchange for not vandalizing their houses”? The tradition is older than you might think.

Halloween as we now recognize it (aka kids in costumes moving door-to-door and demanding candy) is a relatively new practice, starting in the late 1930s and early ‘40s. However, its broader origins go back a lot further. Two thousand years ago, the Celts, living in what is know the U.K., Ireland, and northern France, celebrated a holiday known as “Samhain” at the end of October. Samhain marked the end of the harvest and was the time of year when it was believed that the dead could return. As part of Samhain observances, sometimes people would dress in costume, while others would leave out food and drink to placate any wandering spirits. In the centuries that followed, people started dressing up as ghosts and spirits themselves, performing and doing tricks in exchange for food. Known as “mumming,” this practice is believed to be a distant precursor to trick-or-treating.

Eventually, Christianity overtook Celtic rituals, but Christians from the ninth century onward had their own holidays that were similar to Samhain. In England, poor people would visit the homes of the wealthy in a practice known as “souling.” The visitors would promise to pray for the souls of the homeowner’s diseased family members, and in payment would receive treats called “soul cakes.” Eventually the job of souling went to children. In Ireland and Scotland, people would dress in costume and go from house to house, singing, telling jokes, and offering other services in exchange for a treat. (This was known as “guising.”)

Immigrants brought souling and guising to the United States in the 19th century, but trick-or-treating didn’t get started until later. In the early 20th century, people regularly celebrated Halloween in the United States, but these celebrations usually took the forms of either pranking or parties, not going from door to door. And, according to The Atlantic, they weren’t particularly focused on candy; Halloween parties a century ago offered snacks and sweets like seasonal fruits, popcorn balls, and fudge.

Trick-or-treating finally took off in the late 1930s and really got going by the 1950s, but candy still wasn’t the primary treat. In the early ‘50s, an intrepid trick-or-treater could expect treats like fruit, baked goods, small toys, nuts, and even coins. As trick-or-treating became more widespread across America, candy also became the preferred treat for practical reasons; after all, if you have a lot of children coming to your door, candy is a good way to get a high quantity of sugar at a relatively low cost. Candy’s Halloween popularity grew through the ‘60s and finally took over the Halloween market in the ‘70s. The Atlantic suggests that candy’s ultimate Halloween domination was due, at least in part, to parents worrying about other treats being tampered with. (For what it's worth, most stories of Halloween treats laced with razor blades or poison are false.)

Now Halloween and candy are inextricably linked, like waffles and syrup, or Salt N Pepa. Americans buy 600 million pounds of candy for the holiday every year. The Huffington Post points out that this translates to approximately 16 billion fun-size Snickers bars, so you’d better start preparing for the sugar rush (and inevitable crash) now.