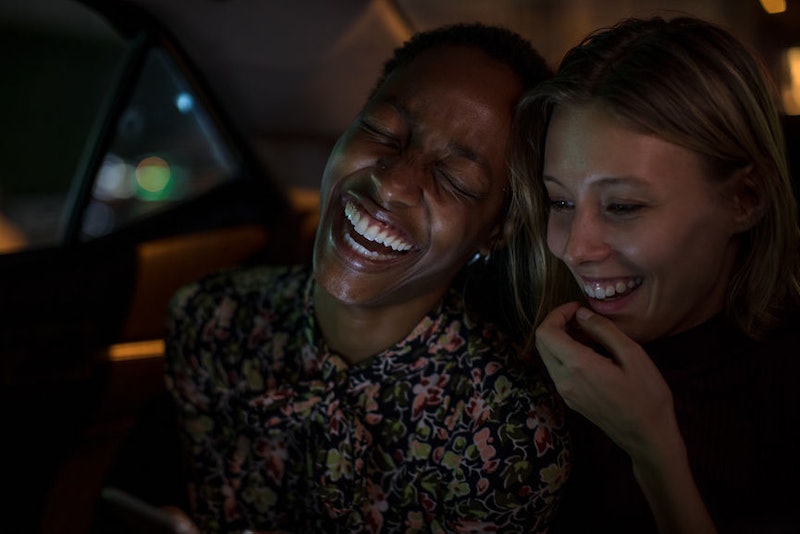 Almost all of us use social media in one form or another, and I'm sure we've all heard the criticisms: It makes you unable to have real conversations, it gives you FOMO, it turns us all into raging narcissists, and the like. Well, now a new study points to something social media can actually help with (and no, it's not your sense of loneliness): your memory. The study, conducted by researchers at Cornell University, set out to answer the question "Is social media good for your memory?" and the answers are, well, memorable to say the least.

In the study, a group of 66 students kept a weekly diary of things that happened to them over the course of the week, then noted whether or not they posted about those events on social media. They rated each events' importance and emotional intensity on a scale of one to five. At the end of the week, participants took a quiz to determine how many events from the past week they could recall.

The results concluded that posting about a given event on social media made it more likely that event would be remembered, regardless of the emotional intensity or personal importance of the event. Lead researcher Qi Wang says, "If people want to remember personal experiences, the best way is to put them online," adding, "The process of writing about one's experiences in the public sphere, often sustained by social feedback, may allow people to reflect on the experiences and their personal relevance." In other words, taking the time to write about an event, and therefore reflect on it as you're writing, can help you recall it better in the future.

So maybe social media isn't all that bad, after all. I mean, it's definitely here to stay for awhile, so we might as well embrace it. Here are some more benefits of social media:

Not all Facebook posts give you FOMO, a recent Carnegie Mellon study found — in fact, certain types of posts can actually make you happier. Having a genuine interaction with people we know and care about can boost our mood. Tell that to people who think all social media interactions are superficial.

2. Social Media Can Improve The Lives Of The Elderly

A 2014 study conducted in the U.K. and Italy found that teaching elderly people how to use email, Facebook, Skype, and other social media helped them to feel less isolated because they could better communicate with loved ones. What's more, those who had learned social media performed better on tests gauging cognitive capacity and personal identity. Some participants even reported they felt better physically healthier than before, while control group members' mental and physical well-being declined. See that? Social media is not just for the kids anymore!

3. It Can Lower Stress In Women