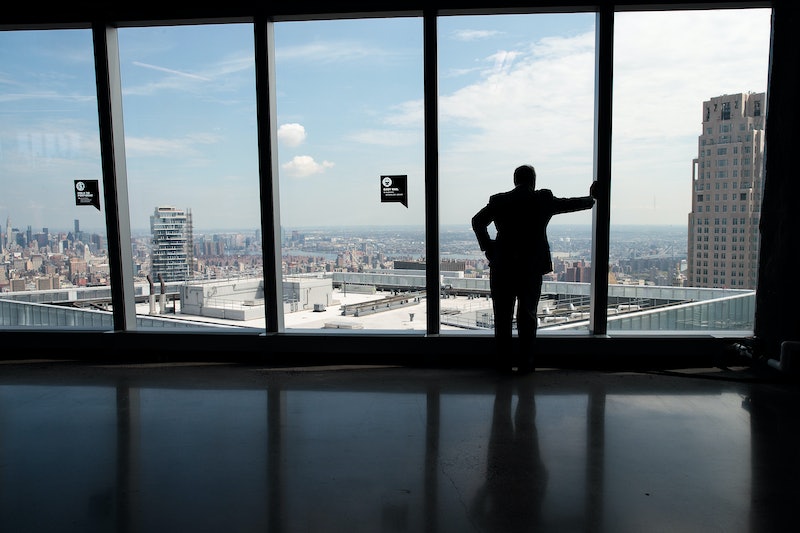 The trip to Lower Manhattan isn't tough to make for New Yorkers who want to pay tribute to the site where the Twin Towers fell, but for many, visiting Ground Zero is a much longer trek. Luckily, for those who have never seen the beautiful memorial or who just want a vivid reminder of it as they reflect on the events of Sept. 11, 2001, the Associated Press has produced a stunning VR tour of Ground Zero to commemorate the 15 years after the attack.

AP released the video on YouTube and it gives you the complete 360-degree experience. The tour begins in an elevator that takes you up to One World Observatory, and you can click and drag to change your view as your zoom toward the 102nd floor. And just as any good tour should be, a narrator guides you through history and personal connections to the rebuilt site.

As AP's voiceover notes, the site had a few obstacles when it was first being built due to costs and tons of red tape. However, as the view changes to show the sunken pools where the Twin Towers once stood and the bustling outside area, it's been clearly reestablished as a place where people can not only remember — as 6.7 million people have since the site opened in May 2014 — but rebuild a life as employees and historians.

Among those are people like Port Authority Police Officer Jeniffer Morrone. In the video, she shares her personal connection to the site, where her cousin was the superintendent of the police department at the time of the attacks. Or Leokadia Glogowski, a survivor of the attacks who now serves as a tour guide at the site.

The building itself, with restaurants and shopping available, is not the only sign of rebirth of something that once was. As the AP narrator details, a tree that was pulled from the rubble of the initial site stands to the side of the two memorial pools as a symbol that, through devastating tragedy, new life can be given.

So whether Ground Zero is something that you pass on a daily basis or a site that you've never been able to visit, AP's VR tour is a lovely tribute to the 9/11 attacks and how far we've come 15 years later. If you can't visit the actual site on Sunday, it's definitely the next best thing.