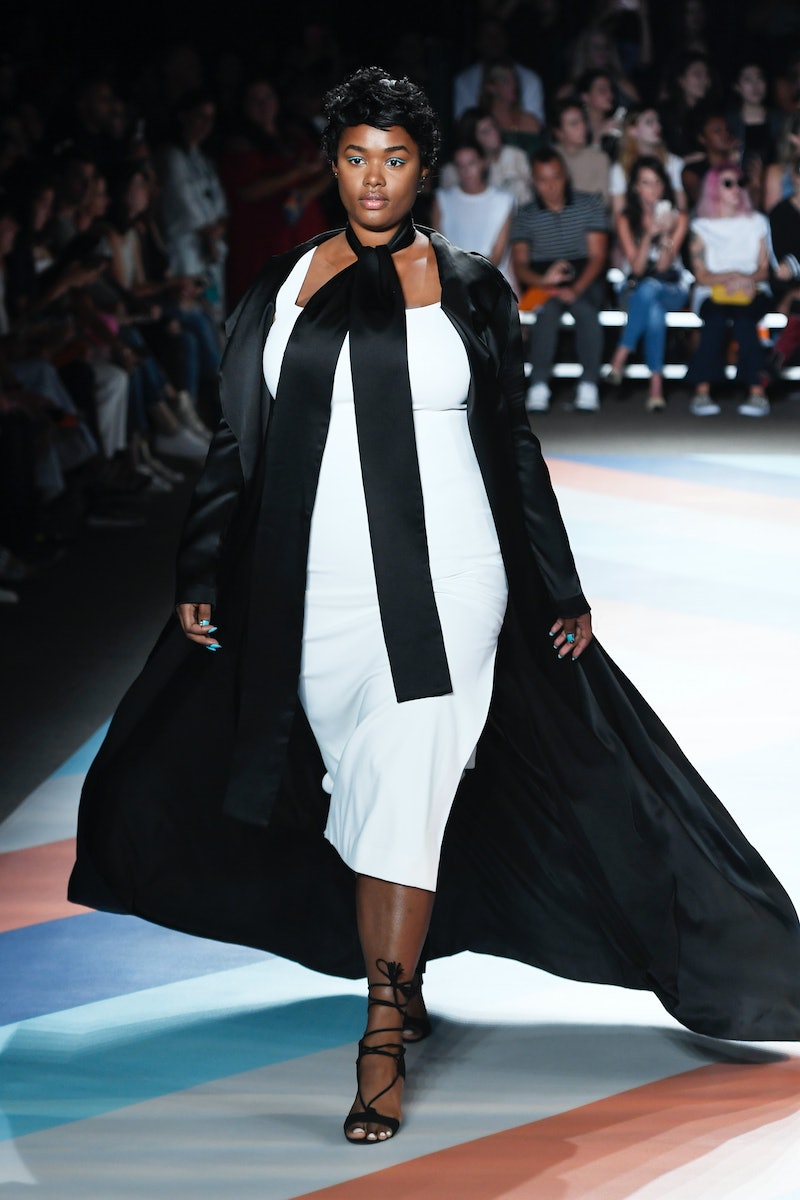 It's not often you see plus size models at New York Fashion Week, let alone five plus size models — all seamlessly integrated with their straight size counterparts at Christian Siriano's Spring/Summer 2017 show on Saturday.

Their presences on his runway — not only as plus size women, but several of them as women of color— are just another example of Siriano's push for change in the fashion industry. He's made plenty of headlines this year for recognizing that fashion can — and should — include all different kinds of bodies. He was the designer who dressed Leslie Jones at the Ghostbusters premiere after other designers refused. Siriano also produced plus size blogger Nicolette Mason's custom wedding dress, and currently has a plus size collection at Lane Bryant.

According to an interview with Glamour, Siriano saw 450 models during the show's casting call, and knew he wanted to use plus size women on his runway before he even got started. In fact, he made certain items in bigger sizes beforehand, and altered the clothes when the models were cast.

Siriano told Glamour that the inclusion of plus sizes to his runway and his brand wasn't exactly intentional — it just happened naturally as he began to dress more and more women.

"I think it's worked because I’m just into women—and for my design, it's all about the body," he said. I also grew up with a mom who was a size 16, 18, so it wasn’t new to me to have a voluptuous woman in my life. And my sister’s a size 00. I had the two total extremes, and now I see that everywhere."

If his latest runway show shows us anything, it's that Siriano celebrates pushing the boundaries of high fashion standards, paving the way for more diversity and inclusion for the runways of the future. It's the kind of change that fashion needs, and one Siriano isn't afraid to embrace.

"I don’t fear backlash because, at the end of the day, I think the clothes look good, I know that these girls look great in these dresses, and I know they feel good," Siriano told Glamour. Even fitting Georgia, I can tell she felt really hot in that dress. And that’s really fun to see. At the end of the day, I love to create change."