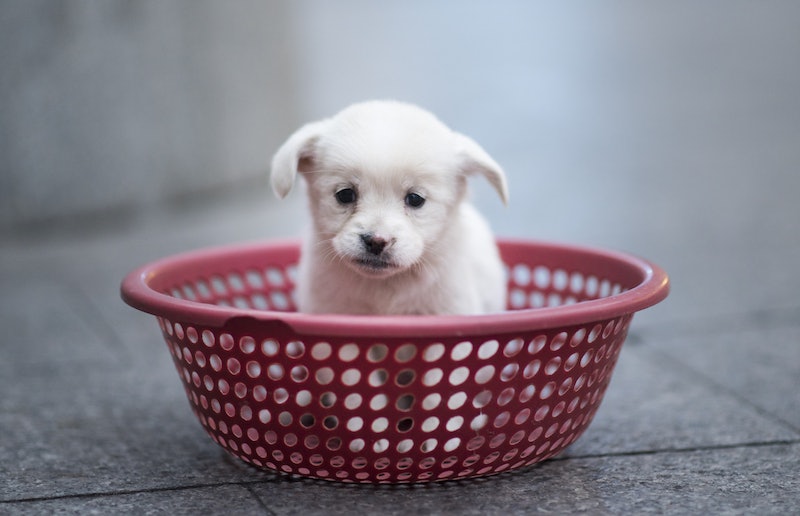 It doesn't matter how happy you are to get out from your hometown; virtually every college student misses the familiarity of home at first. Most people end up figuring out their individual ways of curing homesickness — it's safe to say dormitories across the world are full of childhood teddy bears, family pictures, and recipe books passed down from grandmothers. Although it doesn't tend to stick around for more than a few months, homesickness has been associated with a higher attrition rate in first year college students, and loneliness and isolation are among the top two contributors to dropping out of school.

As a result, universities have poured tons of resources into figuring out how to ease the transition, and a recent study brings adorable news. According to researchers at the University of British Columbia (UBC) at Okanagan, pet therapy can significantly reduce homesickness in students. In the study, which was published in Anthrozoos this week, researchers gave 44 homesick UBC students a survey measuring their sense of belonging on campus, life satisfaction, and of course, their homesickness. These students were then divided into two groups: One that received eight weeks of dog therapy immediately, and another that was told their sessions would begin after the first group finished. At the end of those eight weeks, both groups took the satisfaction survey again.

Unsurprisingly, the students who underwent dog therapy reported more life satisfaction and less homesickness. In fact, the sessions appeared to function as social gatherings; according to Science Daily, some students said therapy "felt like they were at home chatting with friends who brought their puppies." Meanwhile, the group who didn't undergo therapy reported an increase in homesickness.

This is hardly the first time animal-assisted therapy has been shown to work. Back in 1980, a study found that dogs lengthened the lifespans of heart attack patients, and the Centers for Disease Control reports that owning a pet decreases blood pressure and mitigates feelings of loneliness. Dog therapy is the most well-known, but there are options for horses and, of course, cats as well. The UCB research may have studied college students, but its message is universal: Pets fix everything, even if you have to give them back at the end of the day.