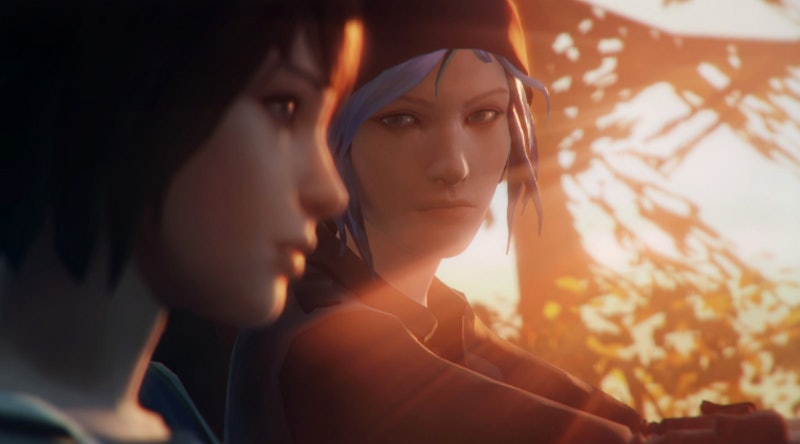 Video games remain, to many people, a mystifying and uninviting form of media. Ripe with sexism, elitism, and confusing nerd culture, the gaming industry is not particularly welcoming to people of all backgrounds and identities. That aside, it's also generally just hard to get interested in video games if you had no experience with them as a child. It's sad, though, because there are many story-based video games that appeal to a wide variety of people. Video games offer something that special, something that most book lovers read books for: Immersion. Video games offer an escape from reality into someone else's life or world. Unlike movies or TV, video games let you interact with the world you're learning about. Literature has also proven to be highly immersive, though it's hard to argue that they can compete with the visual, sound, and control that video games offer.

I'm certainly not suggesting video games are better or that people shouldn't read, or watch TV or movies. I think ultimately, I'm just trying to share something that lots of people miss out on. You don't have to be a geek or obsess over video games to have a good time. There's no correct way to be a gamer, after all.

Below are six truly wonderful games that focus on storytelling above all else. These games have all the elements and style of a great story, making them perfect for book lovers everywhere.

This game is all about characters and choices. Taking the role of Max, you make choices in the difficult town of Arcadia Bay, while attending a highly prestigious High School photography program. You meet an old friend, make some enemies, and find yourself caught in a captivating mystery. Broken up into five episodes (the first one being free), Life Is Strange really challenges players to think.

What makes the game unique is that Max, the game's main character, learns that she has the power to turn back time. You're forced into difficult, sometimes life-threatening situations and must make decisions, some of which are so mentally and emotionally difficult to choose from that you're often left staring at the screen. And the decisions you make matter — and have consequences. There are multiple endings, so your experience with the game may be entirely different from someone else's.

There are no intense controls in the game and the game requires little more than attention and an open mind. No past gaming experience required. Plus, the two main characters in this game, Max and Chloë, are so rich, complex, and deep that you can't help but want to play more and more just to see what these two powerful young women get into next.

This game is a classic and that's meant with no exaggeration. Praised as a game ahead of its time, Final Fantasy 7 changed the video game landscape entirely. With graphics that were unheard of, plotlines that were far too real, characters that broke your heart, and unforgettable music, Final Fantasy 7 carved a place for itself in media history.

There are a lot of Final Fantasy games, and no, you don't have to play them in order. Depending on who you talk to, you may get suggestions for any number of Final Fantasy games, but 7 is by far the best. It's portrayal of a corporate, insidious government, who is destroying the planet, is all too real in our money-driven world. Add in some characters of varying backgrounds and experiences, interesting portrayals of poverty and urban life, cussing and cross-dressing, and one of the coolest theme parks in the fictional world, and you've got yourself a great game.

Don't let the retro graphics deter you. The game is iconic for a reason. Give it a try. You won't regret it.

The Last of Us is one of those games that you play that makes it hard to enjoy other games again. It's that good. Beautiful and terrifying, The Last of Us sets you in a post-apocalyptic, zombie-filled world in the shoes of a gruff man named Joel, who's just trying to get by in this difficult world.

The zombies in this game are called infected and they are quite terrifying. Some are mindless while others have special abilities that make them incredibly difficult to deal with. They all have one thing in common, though. They all run.

This alone isn't what makes the game great. What really puts the game over the top is Joel's partner in crime, a girl named Ellie. Taking on the role of the protected and the protector, Ellie is anything but a sidekick and bravely supports Joel as they take on the terrifying infected, as well as the monstrous, desperate human survivors they encounter.

The two create a relationship that is nothing short of magical. Their dialogue and story are truly one of a kind. It's nearly impossible not to be invested in Joel and Ellie's adventure. If you're not much into tension, suspense, and scary things, this might not be for you.

Also, the game will probably make you cry in the first 15 to 20 minutes.

Lara Croft is bigger and badder than ever in Rise of the Tomb Raider. Everything about this game is top-notch. The mystery. The suspense. The voice acting. The environment. The tombs. The character development system. The combat. Everything is at its best.

Not overly complicated or long, Child of Light is a game with a unique style, both visually and in its story, which set it apart from the competition. Aside from featuring a female main character, which is still uncommon these days, Child of Light presents a fairy tale-like group of companions from many species and ideologies.

Described this way, the game sounds traditional enough. However, what sets it apart is that the entire story — dialogue and all — rhymes the entire time. It feels like you're playing through a wonderful poem the entire time. Child of Light is one of those rare games that is both suitable and enjoyable for people of all ages.

Who would've thought a Super Mario game would make a list about video games with storylines, right? Super Paper Mario is different, though, as it breaks away from the traditional Super Mario platforming formula and instead adds a layer, or two, to the mix. Aside from being three-dimensional, literally, Super Paper Mario allows you to play as characters other than Mario, all who offer a different, useful ability.

Princess Peach is one of these characters and is arguably one of the most interesting, dynamic, and powerful characters in the game. While she might be captured in the beginning, Peach fights against her captors and fends for herself without any help. No rescue necessary.

With the addition of fairy type creatures known as "Pixls," and a world straight out of a fun, colorful, relaxing dream, Super Paper Mario tells a story with unique sass and humor, tragic characters, engaging puzzles, and exciting combat. It really is one of the best Super Mario games ever made.