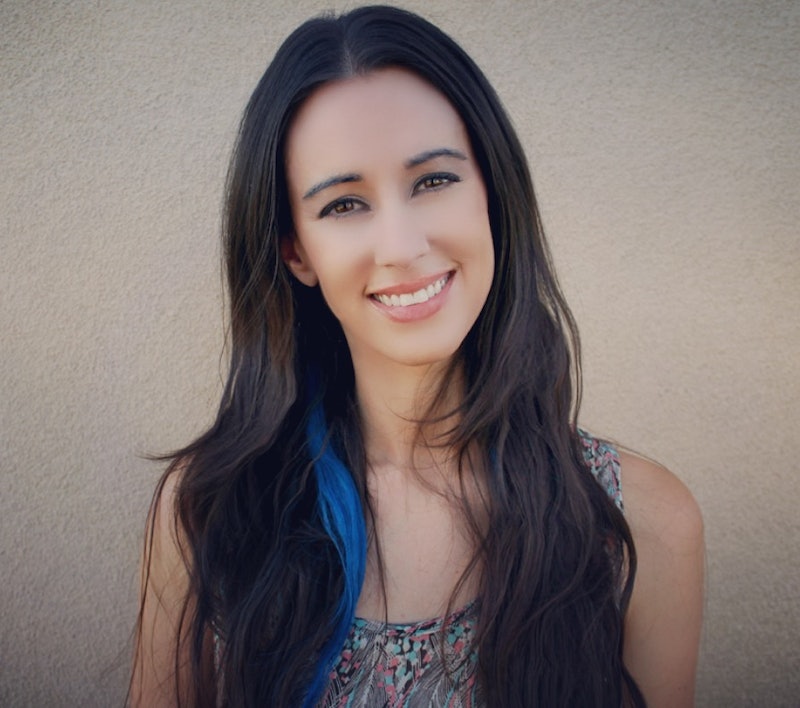 It was 11:58 PM on July 19, 2015, and in two minutes, my debut novel Hollywood Witch Hunter would officially be in the wild. The release date of your debut novel is a big deal for any author — a realization of a dream about to come true. As a Latinx "Own Voices" author, I found my release day to be especially significant, because Hollywood Witch Hunter is a book with a Latinx heroine, written by a Latinx author, with Latinx model on the cover. Yes, this made the release that much more significant for me, but it also made it much more nerve-racking.

The clock struck midnight, and a pit filled my stomach as feelings of excitement and nervousness crashed over my sleep-deprived body like a tidal wave. At the time, I knew publishing an urban fantasy with a diverse heroine was not exactly the norm, and I wasn't sure how my book would be received. Now, over a year later, I've learned a lot about what it means to be an #OwnVoices author — the good, the bad, the ugly — but here are a few things that have stuck out to me the most:

If you have any sort of Latinx roots whatsoever, expect to hear this one question pretty frequently: "Where were you born?"

For the record, I was born in Southern California.

2. Some people can't see past the character's ethnicity.

This is such a catch-22. Of course, I want people to understand the importance of my character's ethnicity. But at the same time, my book is urban fantasy non-issue book, and I wanted her ethnicity to be.... not an issue. Being Latinx is just a part of who she is.

When I first began the process of publishing my book, I was admittedly pretty naive about diversity in books. I wrote my heroine to be Latinx because I'm Latinx. It just didn't seem like a big deal. But, of course, I realized it was a big deal when I started pitching my novel to agencies.

I have learned a lot this year. One of the the things I've come to terms with is there are people out there who can't see past my character's ethnicity. It's a huge part of who she is — her culture informs her personality, her decisions, her experiences. But it's not the only part of who she is.

3. You will probably get trolled on social media.

Social media can be a cesspool for hateful rhetoric and a playground for people who want to hide behind their computers and talk shit. These haters come out in full force when you talk about the diversity in your book online. I've been told to "go back to Mexico," which is always funny since I was born here. Or, "get over the diversity in your book," which makes me want to reply with, "I'll get over it if you do."

I've even had someone challenge my ethnicity on social media before saying I look "as Mexican as Chipotle." (Which, newsflash, Latinx don't all look the same.)

As a person with a lot of white-passing privilege, I know I'm probably luckier than most in my experiences with trolls. I have endless respect for the authors and publishing professionals who continue to talk about diversity, even when the trolls make it very, very difficult to do so. It's an important conversation to have, and these authors are paving the way for a better publishing world.

4. You sometimes feel the weight of fighting for diversity on your shoulders.

As a Latinx author and journalist who has been privileged enough to be born in the United States, get an education, and grow up in a safe suburban neighborhood, I feel as though it is my responsibility to put Latinx characters in my stories because I have the voice and the means to do so. But is it always easy? To be honest, no. It is necessary? Yes. I'm currently working on a couple new books, and I sometimes (keyword: sometimes) wonder, "Would it be easier and make the books more sellable if I didn't include diverse characters?" Maybe. But for me, it's personal, and it's completely worth the risk.

5. You get emails, tweets, and DMs from fellow Latinx thanking you.

Yes, being an #OwnVoices author can be challenging. And at times, it can seem like a constant fight. But these messages makes it 100% worthwhile. I can't tell you how many times I have received emails, tweets and DMs from young Latinx girls and boys with the same sentiment: "Thank you for doing what you're doing."

This last summer, I did a signing at Barnes and Noble for their teen book festival. While sitting at my table, a young girl approached me with tears in her eyes. She told me she wanted to be an author but never thought that she, a Mexican girl, could ever publish a book. But that all changed for her once she read mine. "You gave me hope," she said. The thing is, Hollywood Witch Hunte r is just a fun, lighthearted book (think Buffy meets Supernatural), so I was surprised that reading it made her feel that way.

But this experience is one of many reasons why we need more Own Voices authors — to give readers mirrors, but also to show young people that it's possible for them to write a book, too. That their story is valid and deserves to be told.

And that right there, pushes me to keep writing.

More like this
The Most Anticipated Books Of August 2022
By K.W. Colyard
10 Must-Read New Books Out This Week
By K.W. Colyard
Candice Brathwaite Is Over Using Her Own Life For Material
By Shahed Ezaydi
The Best Enemies-To-Lovers Books To Read Now
By K.W. Colyard
Get Even More From Bustle — Sign Up For The Newsletter