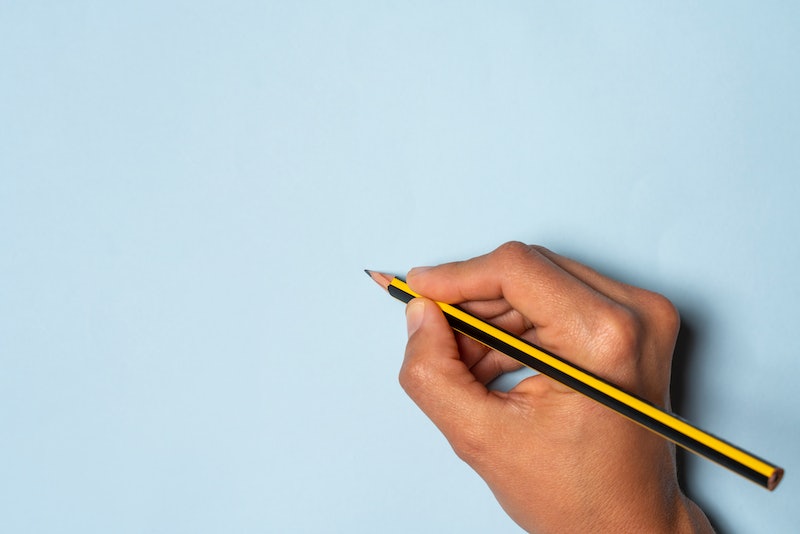 Have you ever wondered why some people are just bad spellers? Is there something wrong with the way they process language? Are they rushing and careless? Do they just hate rules?

It turns out that misspelling in the brain (if it's not being influenced by some kind of learning disorder, like dyslexia, which is another matter entirely) is a multi-layered problem involving diverse areas of brain tissue and multiple processes. Spelling, neurologically, isn't as simple as rummaging in a brain-bin, finding a word, and reproducing it perfectly on paper. There are many stages where things can go slightly awry, and new science means we can pinpoint exactly where in the brain various processes are going wrong. Not much of a comfort when you've misspelt the main word in the title of your Powerpoint presentation, but there it is.

Misspelling is becoming less and less of an issue in the professional world because of the prevalence of spell check, but some experts fear that "correct" spelling may no longer need to have a large mental role; if you put something vaguely approximating the word you want into a word processor, chances are it'll figure it out. The brain, however, can do much the same thing in certain circumstances, as we'll discover; but that doesn't mean that everybody should abandon the attempt to spell correctly forever. What would your grandmother say?

We've known for quite a while that spelling is, in some sense, related to memory; we recall words and their correct letter order in order to construct them, and all spelling education is based on "drilling in" correct arrangements. But a groundbreaking study published in February 2016 by Johns Hopkins University scientists isolated the two distinct parts of the the brain that help us spell, and found something else: the way in which you misspell things is directly linked to particular areas of your brain and how they malfunction.

The study involved looking at 33 different cases in which strokes had affected the spelling ability of patients in particular ways. And the scientists discovered two distinct and apparently unconnected areas of the brain that are involved in "correct" spelling: long-term memory, in two separate areas of the brain's left hemisphere, and "working," or short-term, memory, in the parietal lobe, an upper part of the left hemisphere. It turned out that the two processes are both involved in good spelling.

People with damage to their long-term memories had difficulty recalling how to spell less "intuitive" words; the scientists gave the examples of "camp," which they generally spelt correctly, and "sauce," which they spelt like "soss." In cases of short-term memory damage, the difficulties were with letter order and selection: they misspelt "lion" as "liot" or "lino".

For people without severe brain issues, this still applies: if you can never seem to remember correct spelling, it's likely an issue of long-term memory, while accidental jumbling is likely down to your short-term working memory. And how these brain regions develop, as we'll discover, may be about more than just a good education.

Your Brain May Have Trouble "Visualizing" Words

There's another aspect to spelling that may have an impact on your ability to get "prestidigitation" right the first time. According to new research from Georgetown University published in 2015, the brain, after it learns a new word, conceives of it as a "picture" rather than merely an arrangement of letters.

"We are not recognizing words by quickly spelling them out or identifying parts of words, as some researchers have suggested," the study's lead researcher, Dr. Maximilian Riesenhuber, said in a press release. "Instead, neurons in a small brain area remember how the whole word looks — using what could be called a visual dictionary."

The researchers asked their subjects to "learn" a list of nonsense words, and scanned their brains as they were doing it. Before the words were learned, the brain reacted as if it were an alarming collection of words, but as they became normalized, the "visual form" part of the brain was activated, indicating that the "whole word" as an image had been stored. The neurons could "learn" and adapt their responses rapidly, transferring the nonsense words from confusion to full visual recognition. This discovery hasn't been applied to bad spellers, but it's possible that, in some of us, the visual dictionary doesn't preserve some words as images correctly, likely impacting their space in our long-term memory.

Part Of The Issue Is Probably Genetics

Back in 2008, The Times investigated bad spelling, and in an interview with an expert at the Wellcome Trust Center For Human Genetics, uncovered the fact that a whopping 60 percent of our spelling ability is likely down to our genetics. If we're bad spellers, in other words, it may be (partially) the fault of our moms and dads.

The genetic component of spelling, it seems, comes down to our ability to learn as children, and one specific gene may interfere with it. KIAA0319, as the gene is called, is present in every human, but in 15 percent of a cohort of 6,000 children studied in the '90s, it was slightly altered, creating minor difficulties in the brain's development in the womb and significantly impacting on the children's spelling ability. And KIAA0319 is strongly associated with, you guessed it, memory.

We've known about this for a while; a 1987 study of twins and their reading and spelling abilities found that, while reading ability doesn't seem to have a large genetic component, spelling definitely does. It's got a heritability probability of 0.75, which is incredibly high. Whether twins will inherit misspellings in the same way remains an open question, but it definitely seems possible.

Here's a final aspect of spelling and the brain that might make you feel a little easier about your misspelling adventures: the brain can cope with a limited amount of misspelling, even if it contradicts its "image" of the word in question, and still be able to comprehend a sentence perfectly. However, there are distinct limits to our ability to do this; we're not all anagram machines.

The Cognition and Brain Sciences Unit at Cambridge University has found that we can "correct" misspelt sentences rapidly in our heads if certain things occur: if "function" words, like "the" and "and," remain correct, if the actual letters used are still correct, if letters are switched with the letters closest to them instead of jumbled more randomly (e.g. "miserbale" rather than "mibserale"), the misspelt words don't look like another real word, and we can guess where the sentence is going with reasonable accuracy. But the notion that the brain can correct any combination of letters in a word if the start and end letters are correct isn't true. The brain can do a bit, but not all. So no, you can't just ignore spelling entirely and hope you get your message across. Sorry.

If you're a bad speller, don't fear: spelling isn't linked to your IQ in general. If you want to improve your spelling in general as an adult, Lifehack has a great list of techniques, from mnemonic systems to the National Spelling Bee's 36-week spelling course. Or, you know, autocorrect works too.