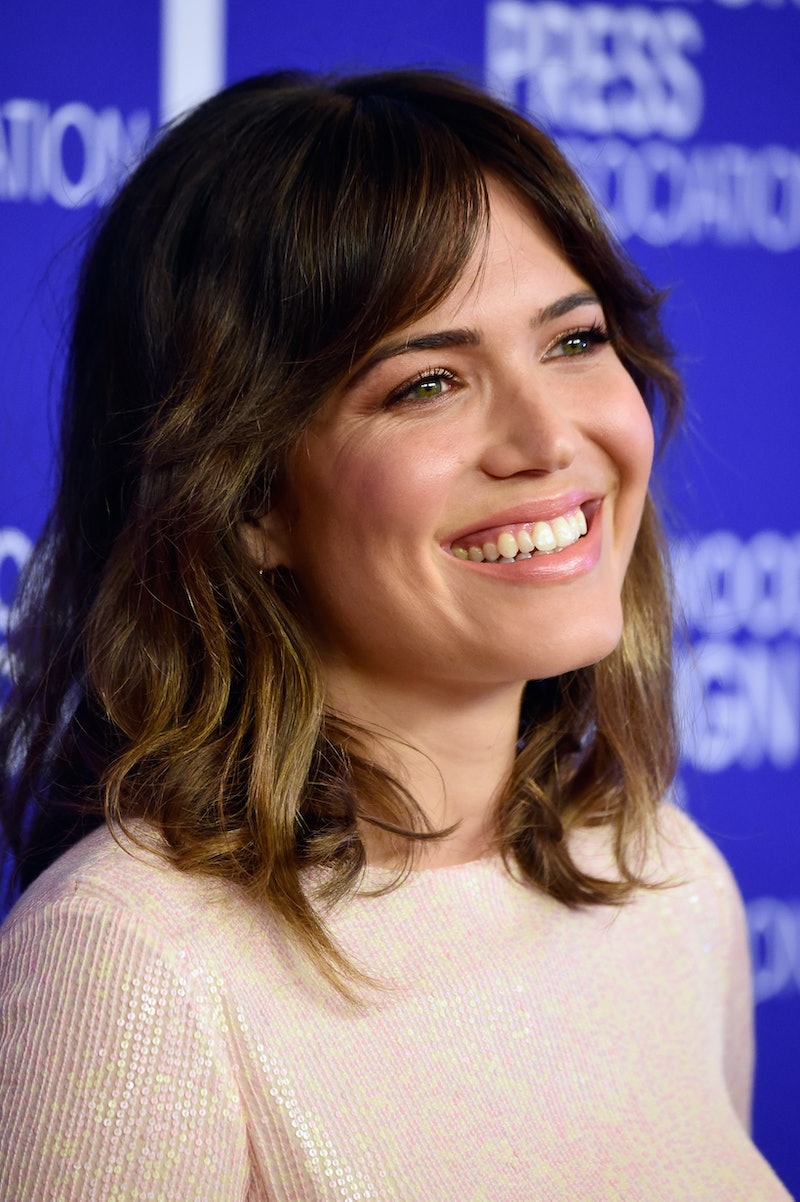 If you were around during the era of Total Request Live in the '00s, Mandy Moore was the goody two shoes amongst a slew of provocative pop stars à la Britney Spears and Christina Aguilera. Moore was also one of the first of this era to successfully segue into an acting career, with her memorable role in A Walk To Remember. Her career then slowed down a bit during which time she married musician Ryan Adams in 2009, but following their break up in early 2015, Moore's career and personal life have re-blossomed. In the midst of some exciting upcoming projects, she's been spotted with a new man in her life, so, who is Mandy Moore dating?

While on the promotional tour for her upcoming NBC drama, This Is Us, Moore has openly gushed about the current man she is dating, Taylor Goldsmith, so she is very much taken. In an August 2016 interview with In Touch, Moore said of her boyfriend, “I am very happy! [Taylor] is a gem of a person. I really lucked out.” But first things first: Who is Taylor Goldsmith? Well, he is a musician, and more specifically, the lead singer of L.A. based indie rock band Dawes, so it's clear Moore has a type.

Moore and her ex-husband, Adams, announced their divorce in January 2015, and in July 2015, Us reported that she was "spending time" with Goldsmith, going to a few Dawes concerts, and posting photos of him on her Instagram. When you're Instagram official, that's when you know it's happening.

While it's not exactly clear yet how Goldsmith and Moore met, I would think they were involved in similar friend circles, considering he is an indie rock musician in Los Angeles. Goldsmith's band, Dawes, was formed in 2009 with his brother, Griffin, on the drums. Dawes has released four folk-rock albums since then, and the band is currently on tour to support the release of their fifth album, We're All Gonna Die, which Moore has been supporting on her social media.

Being a fan of Moore's music when I was younger, I can't help but wonder if she will ever release another album, and that seems to be a question on many fans' lips. Her last album, Amanda Leigh, was released in 2009 and marked a turn into the folk-pop world, a world her current boyfriend is already in. In an August interview with WWD , Moore said of a possible new album,

"I haven’t had a record out in seven years. That’s a long time. And that whole time I’ve been writing music on and off. I’m around music all the time. I date a musician [Taylor Goldsmith, the lead singer of Dawes]. So it’s very much still in my ether and in my world. It’s something that I intend to get back to when the time is right."

Well, it sounds like Moore found the perfect match for her life right now in Goldsmith. She's starring on a promising new television show, following her passions, and she might have already found her future musical collaborator in her boyfriend. Life is good for Mandy Moore.