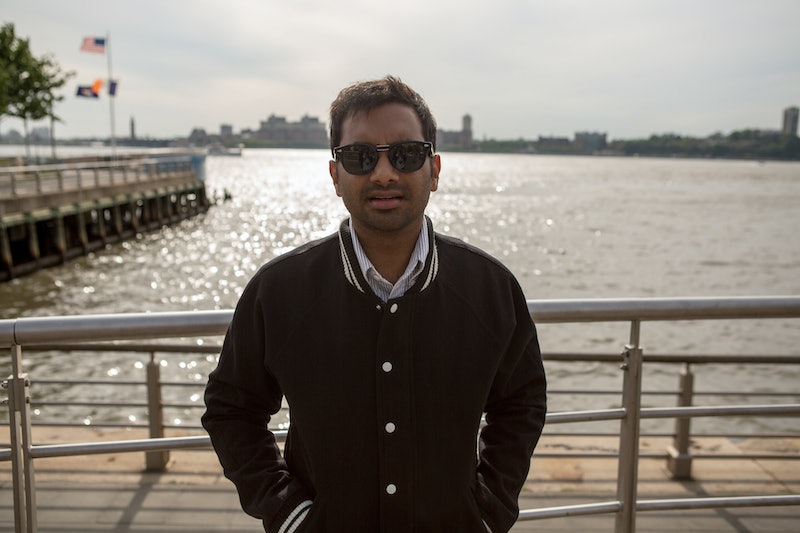 After taking one look at the list of 2016 Emmy nominees, you'll likely find yourself noticing something that, unfortunately, is pretty uncommon for awards shows: All six lead acting categories feature people of color. As Buzzfeed pointed out, this was the first time in the award show's 68-year history that people of color were nominated for Emmys in every leading acting category, which is a huge step forward for awards shows in general. It's an exciting milestone no matter what, but it seems a little more meaningful when you also consider that the 2015 Emmys also saw an increase in racial diversity thanks to acting wins for Orange is The New Black's Uzo Aduba, American Crime's Regina King and How To Get Away With Murder's Viola Davis (who won, and became the first African-American to win Outstanding Actress in Drama). In fact, 2015 was the first year in which women of color won Emmys in the Drama category for both Best Lead Actress and Best Supporting Actress. Now, the list of 2016 nominees seems to prove that this wasn't just a fluke, but instead that the Emmys are actually becoming more diverse. In fact, it's the most diverse it's ever been.

When Vulture broke down 2016's nominees, they discovered that of the 73 actors and actresses nominated in the lead and supporting categories for comedy, drama, and miniseries, 18 of the nominees were people of color. In 2015, that number was 16, up from eight nominees of color the year before, 2014. This was a slight jump from 2013 and 2012, in which only five people of color were nominated across 16 acting categories each year. In 2011, seven out of 81 individual acting nominees were people of color. Check out the stats in this Bustle graph:

In 2011, sadly, not one of those seven non-white nominees went home with an award — something that unfortunately wasn't new. An increase in non-white nominees doesn't always boost the number of non-white winners. What's more, when Lee and Low Books took a closer looks at the diversity gap in the Emmy Awards from 1992 to 2015, it found that 96 percent of the actresses who won the prize for lead roles in comedy and drama and actors who won for drama were white, while 87 percent of actors who won for lead roles in comedy during this same time were white.

It's why when looking at the Emmys five years later, Daniel Montgomery — a senior editor of website Gold Derby, which predicts award show winners — told USA Today that 2016 is "an encouraging year. It's nice to see a wide spectrum of diversity and not just what people [usually] talk about." What's always talked about, he points out, is, "how many black actors are nominated." It's true, 2016's nominees do manage to increase the spectrum of diversity.

Master Of None's Aziz Ansari made history with his nomination in Lead Actor in a Comedy category: he became first South Asian actor ever nominated for a leading role on a television series. This record was something he described to USA Today at the time as "a very specific accomplishment," and he's right: Many of this year's nominees are celebrating "firsts" that show how few and far between nominations for non-white performers can be. Mr. Robot's Rami Malek, who is of Egyptian descent, earned his first ever nomination for Lead Actor in a Drama and became the first non-white actor to be nominated in this category since 2001. Malek's nomination marks the 11th time an actor of Middle Eastern descent has been nominated; eight of those nominations were for Monk star Tony Shalhoub, who is Lebanese.

Black-ish's Tracee Ellis Ross, who is also celebrating her first nomination with a nod for Outstanding Actress in a Comedy, is the first non-white actress in eight years to be nominated in that category: In 2008, Ugly Betty's America Ferrera was the last person of color nominated for that prize (she also happens to be the last person to win the award in 2007). As ABC noted, Ross' nomination also makes her the first black woman to be in the running for the award in 30 years: A black woman hasn't been nominated for Outstanding Lead Actress in a Comedy Series since Phylicia Rashad was for her role as Clair Huxtable in The Cosby Show in 1986. “This whole other layer of the historical aspect is mind-boggling to me,” Ross told ABC. “It adds a whole other layer to this that is extraordinary and wonderful.”

According to Vulture, Outstanding Lead Actress in a Comedy is the least diverse Emmy category in recent history. In Emmy history, only five black actresses have ever been nominated in the category — Ross, Rashad, Diahann Carroll (Julia), Nell Carter (Gimme a Break!) and Isabel Sanford (The Jeffersons), the latter of whom is the only black woman to ever win the award. But, the other categories don't fare much better: In the last 25 years, only one person of color has ever won in each of the four Lead Acting categories. In fact, Vulture discovered only 39 people of color have won across all acting categories since the Emmys started in 1949.

It's these historical facts and figures that tell the real story of diversity at the Emmys. The 2016 Emmys are the most diverse in history, but there is still a lot of work to be done. Case-in-point: the 2016 nominations for Supporting Actor and Actress in a Drama categories featured not one performer of color among the 12 possible nominees. It's a number that's even more disappointing once you know that, according to Vulture, the supporting female categories have seen an uptick in diversity over the course of this past decade. With Aduba's win in 2015 for drama, that category was the most diverse it's ever been in the past — but she didn't even earn a nomination this year. When it comes to Supporting Actor in a Drama, it's been three years since actors of color have been nominated and nearly a decade since someone has won.

While Ansari and Malek were bright spots in the Leading Actor categories when it came to diverse nominees who are not African-American, representation of Hispanics and Asians was lacking in those same categories. Vulture found that this has always, historically, been the case for the award show: Looking at the 281 acting nominees who were people of color from 1949 to 2015, only 1.57 percent were Latin or Latina. These came out to a total of 51 nominations in 66 years. Nominees who were East Asian only account for .37 percent (12 nominations) of the total percentage, while South Asian actors only received .12 percent (four nominations.) Worse may be the fact that only one person of Native American descent has ever been nominated for an acting award in Emmy history. Even black performers who have the highest percentage when it comes to non-white nominees only have 203 nominations up until 2015.

So yes, this year's Emmys may be the most diverse in its history, but before giving the Television Academy a big pat on the back, know there's more to be done. This is a milestone to be celebrated until next year, when it should be treated as a record to be broken.

More like this
The Full EGOT Winners List: Only Viola Davis & These 17 People Are EGOTs
By Radhika Menon, Marina Watts and Grace Wehniainen
24 History-Making Black Women You Probably Didn't Learn About In School
By Ayana Lage and JR Thorpe
25 Inspiring Quotes From Black Women To Celebrate Black History Month
By Kyli Rodriguez-Cayro and JR Thorpe
"Lavender Haze" Star Laith Ashley Breaks Down Filming With Taylor Swift
By Jake Viswanath
Get Even More From Bustle — Sign Up For The Newsletter
From hair trends to relationship advice, our daily newsletter has everything you need to sound like a person who’s on TikTok, even if you aren’t.