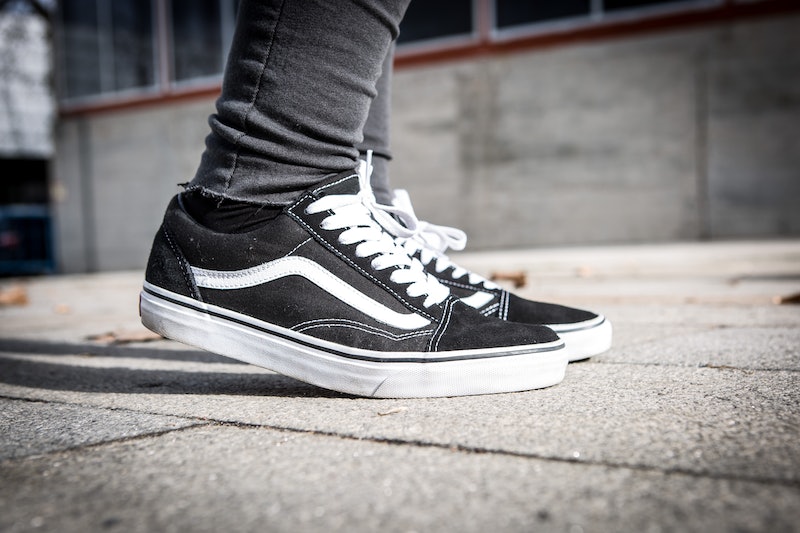 For years, scuffed-up, thick-soled Vans have been the shoe of choice for high school skater kids, backyard punks, and anyone with an affinity for the guitar. But over the past few years, the brand has been making a slow but significant shift toward a new type of consumer: the slightly older, slightly more polished twenty-something who still feels a little bit anti-establishment from time to time.

The California-drenched brand was born in 1966 and initially sold for $2.49 to $4.99 (oh, the good old days), quickly becoming the skater go-to shoe during California's skateboarding and then BMX crazes of the 70s. But when the now-iconic checkered Vans slip-on appeared on the feet of one Sean Penn in Fast Times at Ridgemont High, the brand boomed all over the country. Not incidentally, Fast Times at Ridgemont High is a classic high school movie, and Penn's character was a stoner-surfer-burnout type of dude. In other words, the character couldn't have been more perfect for spreading Vans' image from California dreamin' to the rest of the USA.

Fast forward to now, and you're just as likely to spot a pair of Vans on a street style blog as in the skate park. The shift in image has been very deliberate: a 2012 survey showed Vans that their customer was a little older and a little more sophisticated than they'd been led to believe. Today, you can see the changing aesthetic in Vans' categories like floral prints straight out of a Brooklyn daydream; clothing, like a Vans-brand maxi dress; and interests in everything from short film competitions to last week's re-release of four of their iconic band shoe collaborations at SXSW.

Though skater roots still run strong throughout the Vans brand, president Kevin Bailey reports that the brand is and will continue to be open to other influences. "We’re not just an action-sports skate company, that’s just part of the story," Bailey told WWD. "Vans is really a youth culture company, and youth culture as we think about it is defined by the intermix of action sports, art, music, and street culture."

Don't think the era of checkered slip-ons in the skate park is over, though. Vans will make sure not to abandon the punky kids who once made them so successful. "[We] have the staunchest critics in the world out there — the world’s youth — who decide whether [we're] being real or not," says Bailey. Because, as anyone who's ever dealt with skaters and stoners knows, there's nothing less cool than a sellout.

More like this
Phoebe Dynevor Serves ‘Bridgerton’ Underboob In Stunning Floral Gown
By El Hunt
Jennifer Lopez Wore A Naked Dress To The Shotgun Wedding Premiere
By Dominique Norman
The Best Shoes For Your SoulCycle Bike Or Classes
By Andrea Hannah
J.Lo's Micro-French Manicure Has A Fun, Sparkly Twist
By Olivia Rose Rushing
Get Even More From Bustle — Sign Up For The Newsletter
From hair trends to relationship advice, our daily newsletter has everything you need to sound like a person who’s on TikTok, even if you aren’t.