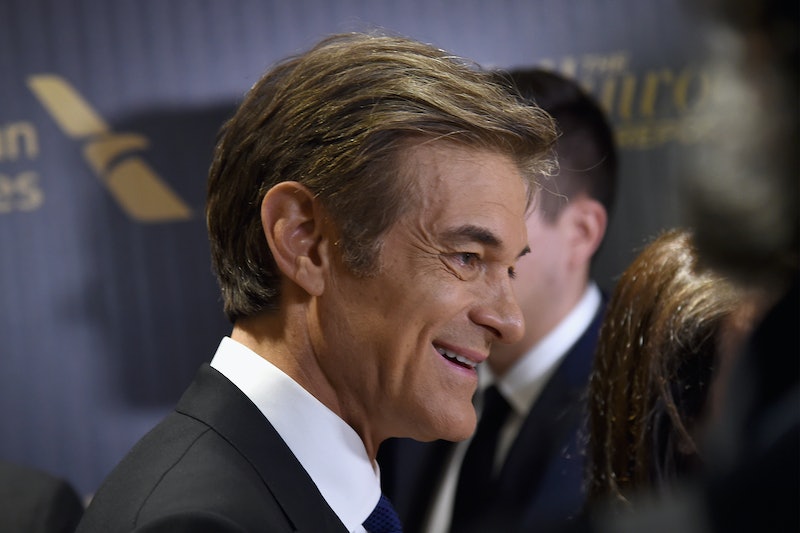 Oprah Winfrey once famously referred to Dr. Mehmet Oz as "America's doctor," and reportedly supported him through many controversial points in his career. But as Dr. Oz's career increasingly succumbed to this controversy, Winfrey was also criticized for promoting a man whose medical advice was suspect, and her network eventually pulled the plug on his radio show, The Daily Dose With Dr. Oz. So on Thursday, when Donald Trump discusses his health with Dr. Oz, let's not forget that Winfrey herself came under fire for supporting someone who had to be investigated by Congress for making inaccurate medical claims.

Hillary Clinton was last week diagnosed with pneumonia, which caused people to call her health into question; her campaign subsequently released more information about her health. This isn't the first time her health has become a topic of conversation during this election cycle — Trump has been trying to raise questions about Clinton's health for months, while releasing minimal information about his own health.

This is expected to change during his interview with Dr. Oz; Trump was initially expected to release the results of a recent physical on the show, but is now reportedly going to discuss “well-being, being active and positive thinking."

According to NBC News, Trump did provide some new information about his health during the taping of The Dr. Oz Show episode. Audience members at the taping reportedly told CNN that Trump said he had lost 15 pounds, and that he had been prescribed Statin to lower his cholesterol level. Sharing this information created the illusion that Trump was being transparent. But when Trump reportedly handed him a letter containing new details from a recent physical, Dr. Oz's conclusion — that "I got to say as a doctor, if he was my patient, they are good for a man of his age" — doesn't mean all that much when we think about his lack of repute as a doctor.

Releasing his health records to the public would have been one thing. But for Trump to go on a talk show and release some "new details" about a physical examination — which, incidentally, was conducted by the same doctor who said Trump would be the healthiest president in history — proves that the Republican nominee is an entertainer more than he is a politician. Trump is trying to appeal to fans, not voters, and appearing on a show hosted by a man who has made questionable medical claims about everything from apple juice and homosexuality to weight loss and aging does not make it seem as though he is taking any of this seriously.

Oz told People in 2015 that Winfrey had supported him throughout all of the controversy. But Congress' 2014 investigation of his claims about weight loss certainly did not make things easier, and her network still removed his radio show. So as we prepare to hear what Trump has to say about his health to Dr. Oz, let's all keep in mind that even America's doctor himself doesn't want you to think that you're watching a "medical show."