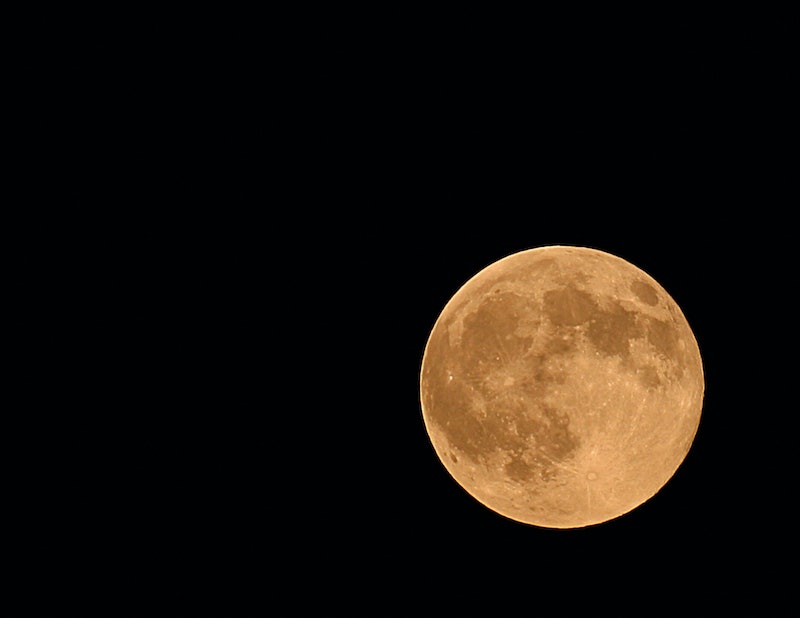 For many people, keeping track of the lunar cycle is not a priority; even so, though, just about everyone can appreciate how beautiful a full moon is. And if you catch a glimpse of the September 2016 full moon on Friday night, you should know it's not just a full moon; it's the Harvest Moon. But exactly what is a Harvest Moon? The name has a specific meaning, as well as an important origin.

Every full moon throughout the year has its own name. One of the popular stories about where these names came from is that they were originally Native American names, but in truth, numerous cultures throughout the world have given names to the full moons in a typical year. Today, each of the 12 full moons in an average year has a name based on those older names — and since once every two and a half years, there are 13 full moons in a year, that extra moon is called a Blue Moon. Hence the saying, "Once in a blue moon."

So what is the Harvest Moon, specifically? It's the full moon that falls closest to the autumnal equinox, which typically occurs on Sept. 21 or 22. Thus, the Harvest Moon is almost always in September, but occasionally falls in the first week of October. And it gets its name from the fact that the fall harvest historically started around this time.

The moon also, due to a quirk of Earth and the moon's orbit, rises later for several nights around the Harvest Moon. While most full moons typically rise and set around the same time year round, the Harvest Moon rises an average of 50 minutes later, though the exact time varies based on latitude, thus providing extra light in the evening as the sun goes down. That's pretty cool in general — and historically, it also provided people harvesting crops some extra time to work.

This year, the autumnal equinox falls on Sept. 22, so the full moon on Friday, Sept. 16 is the Harvest Moon. So make sure you look up and appreciate just how cool it is.