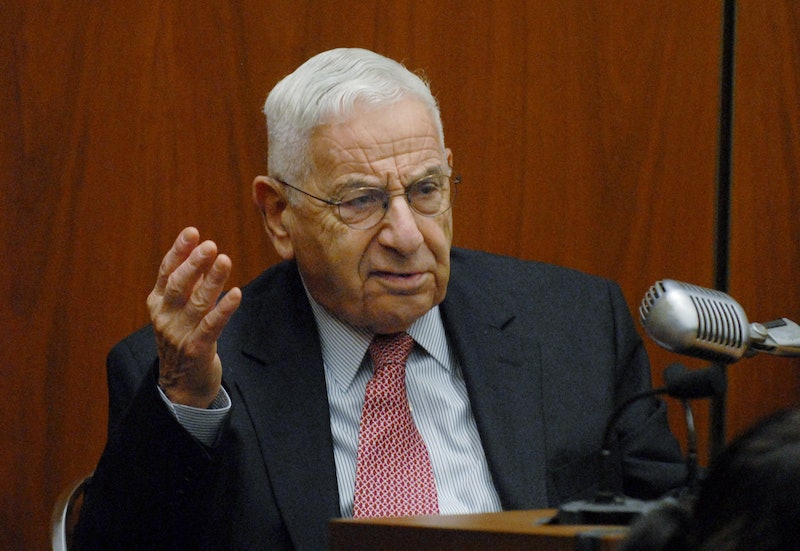 We’re approaching the 20th anniversary of JonBenet Ramsey’s murder, and a new documentary is reviving the public’s interest in the still-unsolved mystery. The Case Of JonBenet Ramsey reunites several investigators who worked on the case, including a forensic pathologist whose career stretches back to the 1960s. So who is Werner Spitz, and what role did he play in the Ramsey case?

Although Spitz isn’t exactly a household name, he’s offered his expertise on some of the most high-profile legal investigations of the century. He co-wrote a highly-respected book on forensic pathology, and has often found himself in the position of criticizing the official investigations into murders and wrongful deaths.

During the investigation into Ramsey’s death, Spitz suspected that a flashlight, found in the kitchen of the Ramsey household, could have been the source of the skull fracture Ramsey sustained prior to her death. To test this theory, Spitz carried out a grisly experiment: He obtained the corpse of a child and struck it in the head with a similar flashlight to see if the wounds were consistent with Ramsey’s.

Spitz concluded that, while the flashlight could have been used as a weapon, there wasn’t enough evidence to conclude with certainty that it was. He also said in a 2006 interview with the Fort Wayne Journal Gazette that he believes that Ramsey was killed by “somebody in that house,” presumably meaning one of her family members. Ramsey’s parents and brother were exonerated by DNA evidence in 2008 and have denied all allegations of being involved in the murder.

But Spitz’s long, storied career stretches much farther back than the Ramsey case. In 1969, Spitz testified on behalf of the parents of Mary Jo Kopechne, who died after Sen. Ted Kennedy crashed a car in which she was the passenger. Kopechne’s parents didn’t want an autopsy of Kopechne to be performed, and Spitz argued in court that an autopsy would indeed be both unnecessary and inconclusive. The judge agreed, and no autopsy was performed.

Years later, Spitz was called upon to re-examine the results of the investigation into John F. Kennedy’s assassination. Although Spitz agreed with the Warren Commission’s conclusion that Kennedy was killed by Lee Harvey Oswald, he said that the autopsy of Kennedy was “botched,” adding that the military officials who performed the autopsy “had absolutely no experience in forensic pathology.”

Spitz went on to testify for the defense in the Casey Anthony trial, arguing that the autopsy of Anthony’s deceased child was “shoddy” and insufficient to pinpoint homicide as the cause of death. He also consulted on the investigation into Martin Luther King Jr.’s assassination and O.J. Simpson’s civil murder trial.