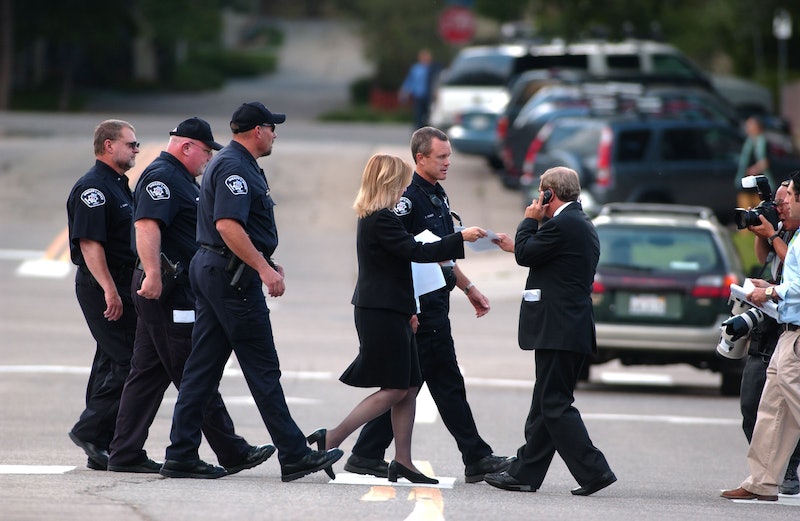 As the 20-year anniversary of the JonBenet Ramsey murder approaches, several networks are airing documentary-style series programs on the murder. And during this time, it is likely that names related to the case will continue to resurface. One such name that may be brought into the spotlight is investigator James Kolar. And who exactly is Kolar?

For starters, he was a top investigator for the Boulder District Attorney’s office between 2005 and 2006. Kolar, who now works as the chief marshal in Telluride, Colorado, also came out with a self-published book on the Ramsey case that made some bold claims.

In his book, Foreign Faction: Who Really Kidnapped JonBenét? Kolar attempts to disprove the theory that JonBenet Ramsey was killed by a intruder, despite several rulings that stated that the six-year-old was most likely murdered by a male who broke into the Ramsey home in Boulder, Colorado.

In the book, which was published in June of 2012, Kolar goes into vivd and painstaking detail about why he doubts that an intruder killed JonBenet Ramsey:

I don’t think we should be letting the course of the investigation be run by one single artifact that may or may not necessarily be involved in the actual crime of the kidnap or murder. We needed to look back at the family, the people who were in the home that night to determine what motive, what opportunity, what could have caused this situation to occur and eventually be reported to police on the morning of December 26th.

Kolar also said during an interview with TODAY, that he “thought it was necessary to move the public perception to the case closer to the truth." The investigator and author started writing the book in 2009, during which time he began outlining crucial details to the case that he thought were relevant to the public understanding of the murder. Interestingly, the title for the book refers to the ransom note, which claimed to be from a "small foreign faction."

The Ramsey family’s attorney, L. Lin Wood, struck down the book and told TODAY in 2012 that he thought the book was, “nonsense” for trying to suggest that an intruder did not kill Ramsey. “I am troubled by the idea that a former member of the law enforcement investigation would choose to take information gained from the investigation and publish it for his own personal reasons, at a time when the case has not yet been solved,” Wood said.

One of the primary pieces of evidence that contributed to the intruder theory was the DNA found on Ramsey that investigators said belonged to a male who was unrelated to the Ramsey family.

More like this
This Creepy TikTok Trend Encourages Out-Of-Body Experiences
By Kaitlyn Wylde
What Is The Forest Personality Test? The TikTok Trend, Explained
By Georgina Lawton
Anthony Templet Wants To “Live Normally” After Killing His Father
By Brad Witter
The 'Black Bird' Stars Are Both Heading Back To Apple TV+
By Brad Witter
Get Even More From Bustle — Sign Up For The Newsletter