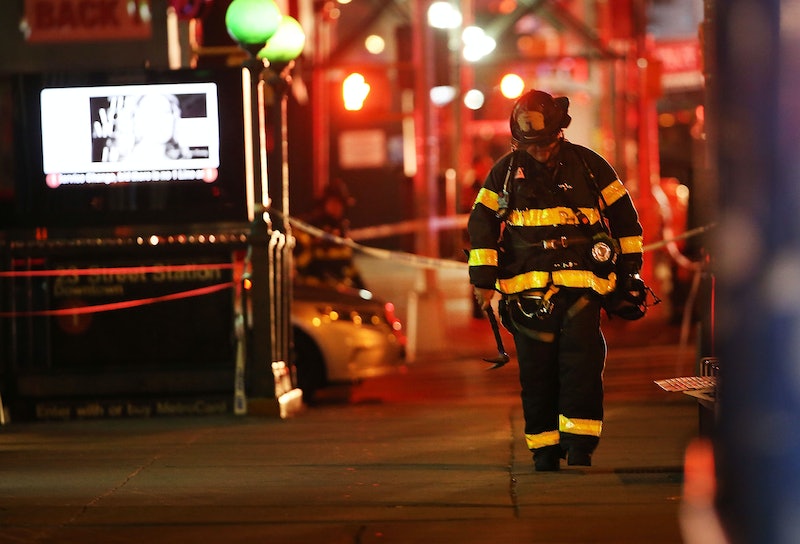 An explosion in midtown Manhattan Saturday night was met with an extremely misguided reaction from some Twitter commenters, who chose to focus on one small aspect of Hillary Clinton's response to the frightening incident. While answering questions from reporters a few hours after the explosion, Clinton appeared somewhat tired, and was subsequently attacked online. The critics went so far as to start the hashtag #ZombieHillary, some even claiming that she was intoxicated or under the influence of drugs.

The news of the bombing broke just after 9:00 p.m. on Saturday night, when the pressure bomb exploded on 23rd Street and 6th Avenue in midtown Manhattan. Hours later, as Clinton answered questions from her press pool onboard her campaign jet, she appeared tired, though her answers remained clear and well-articulated. "We need to do everything we can to support our first responders; also to pray for the victims. We have to let the investigation unfold. We've been in touch with various officials, including the mayor's office in New York, to learn what they are discovering as they conduct this investigation, and I'll have more to say about it when we have the facts," said Clinton. Despite Clinton's measured response to the frightening tragedy, many people chose to focus solely on the fact that she appeared tired.

"'Stronger together.' More like weaker together or sicker together," said one Twitter user, claiming that Clinton looked ill in the recording of answering questions. Online commenters also alleged that Twitter removed their hashtag from the trending topics category. "Funny how #ZombieHillary completely disappeared from trending topics just as everyone is waking up. Twitter we SEE what you're doing," noted another user.

To be 100 percent fair, Clinton did have some bags under her eyes in the video, but that was the only objective measurement of tiredness that could really be seen. Clinton was under attack for something that neither mattered nor was particularly evident, which isn't exactly surprising considering some of the claims people have made about her health. In addition, the claims of drug use were completely out of left field and seem to perpetuate a pattern of behavior of Clinton opponents.

The fact that anyone chose to spend their time focusing on tearing Clinton down instead of worrying about the bombing highlights troubling priorities within a segment of the public. If the big concern is whether Clinton was sleepy instead of why someone set off a bomb in the middle of Manhattan, then nothing is likely to change in terms of security. People need to stop freaking out about the little campaign issues, like a candidate being sleepy at an hour when she's usually probably asleep, and instead spend their time focusing on how candidates respond to these issues of violence.