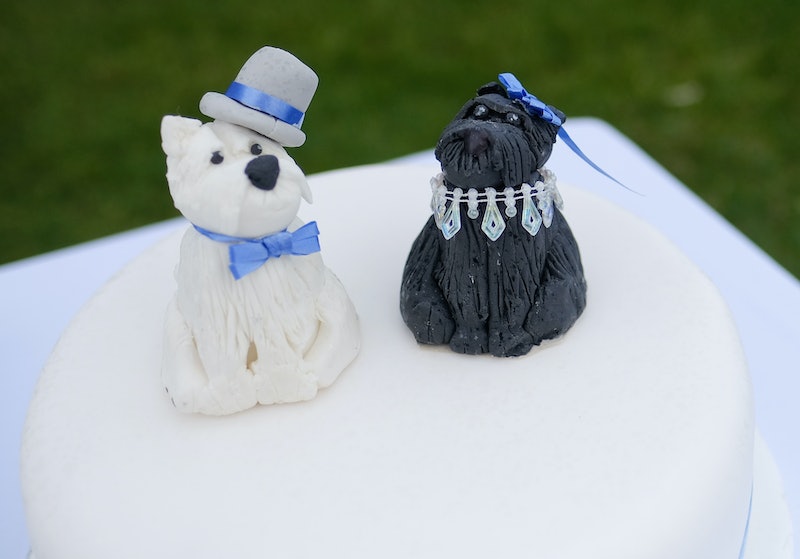 At the beginning of a romantic relationship, you might feel the tendency to kiss your old single self goodbye and never look back. That girl who only brushed her hair once a month and cried during the opening scene of Love Actually — who needs her?

But being in a relationship is no reason to give up who you were on your own. The insights you gained and tastes and interests you developed while you were single will last you a lifetime, no matter what happens for you romantically. You don't want to leave those behind — for anything or anyone. Besides, those are probably among the things that made you attractive to your significant other in the first place. Here are six things your coupled self can learn from that single lady:

When you’re part of a twosome, you might want to hang out with your significant other 24/7 or think you need to. But that’s where you need to be careful. Alone time is hugely important to the health of a romantic relationship. Remember some of the activities you used to do alone — whether that was eating cereal out of the box or going to movies solo — and reflect on why you enjoyed the time by yourself. Then tell your S.O. you'd like to schedule some time apart — he or she might be more understanding than you think.

2. There’s nothing more important than your health.

One study found that marrying a man increases the chance that a woman will be overweight — but the same findings might apply to women in any kind of partnership with anyone. According to psychologist Amy Gorin, Ph.D., when women get comfortable in a relationship, they tend to start practicing new, potentially less healthy, habits together with their S.O. (Think eating as much as a guy with a big appetite and a fast metabolism or skipping the gym because your girlfriend doesn’t enjoy working out.)

Instead, remember that health and fitness is a very personal thing. Try communicating to your partner that what’s healthy for him/her doesn’t necessarily work for you. Then go back to eating what you know is good for you and sticking to the exercise schedule you made when you were single.

3. Socializing with friends makes you happy.

When you’re single, there’s usually no one competing for your attention on a Friday night when you want to grab drinks with some pals. But it's not uncommon for one person in a relationship to feel insulted when the other partner ditches them for a friend-only happy hour.

That’s why it’s important to have a conversation about the importance of maintaining an active social life, independent from your S.O. Remind your partner that cultivating separate friends and interests makes you healthier, more fulfilled individuals, meaning it actually strengthens your relationship. Keep in mind that, as psychologist Bella DePaulo, Ph.D. writes on PsychologyToday.com, the word “relationship” means more than just romance — connections to friends and family can be equally meaningful.

4. You can be financially independent.

There are few things that feel better than knowing that you don’t depend on anyone when it comes to money. Whether you want to invest in the stock market or splurge on sandals, you’re in charge. On the other hand, financial independence in a serious relationship might seem downright weird.

But women in particular can seriously benefit from keeping track of their own finances while in a relationship just like they did when they were single. According to psychotherapist Tina B. Tessina, Ph.D., maintaining separate finances can make women feel independent in other ways, such as feeling freer to say and ask for what they really want.

5. You can always try something new.

When you’re single, you have the time and energy to join a book club, go on a weekend rock-climbing excursion, and channel your inner Francophile at the neighborhood’s new fondue place. Once you enter a romantic partnership, it’s easy to forget that you’re still growing as person and get stuck in that dreaded “relationship rut” where you do the same activities over and over and over again.

Beware: At least among married couples, relationship boredom is a good predictor of dissatisfaction several years later. Spice things up by breaking the daily routine and taking a dance class or learning a new language together. Or plan regular date nights on which you try a new restaurant or activity. (Couples skydiving, anyone?)

For anyone who loathed being single and wanted nothing more than to fall in love, it’s easy to believe that once you enter a romantic relationship, all your problems will disappear. But just because you’re dating (or married to) someone doesn’t mean your life will suddenly resemble a fairy tale. Even if you’re happy overall with your partner, psychologist Susan Krauss Whitbourne, Ph.D. writes that pesky relationship ideals can get in the way of complete happiness. There are days when you might even wish you were with someone else instead.

When you’re in those situations, think back to when you were single, and remember how you overcame frustration and unhappiness. Know that you can be brave and resilient again because, even when you’re part of a couple, you’re still you.