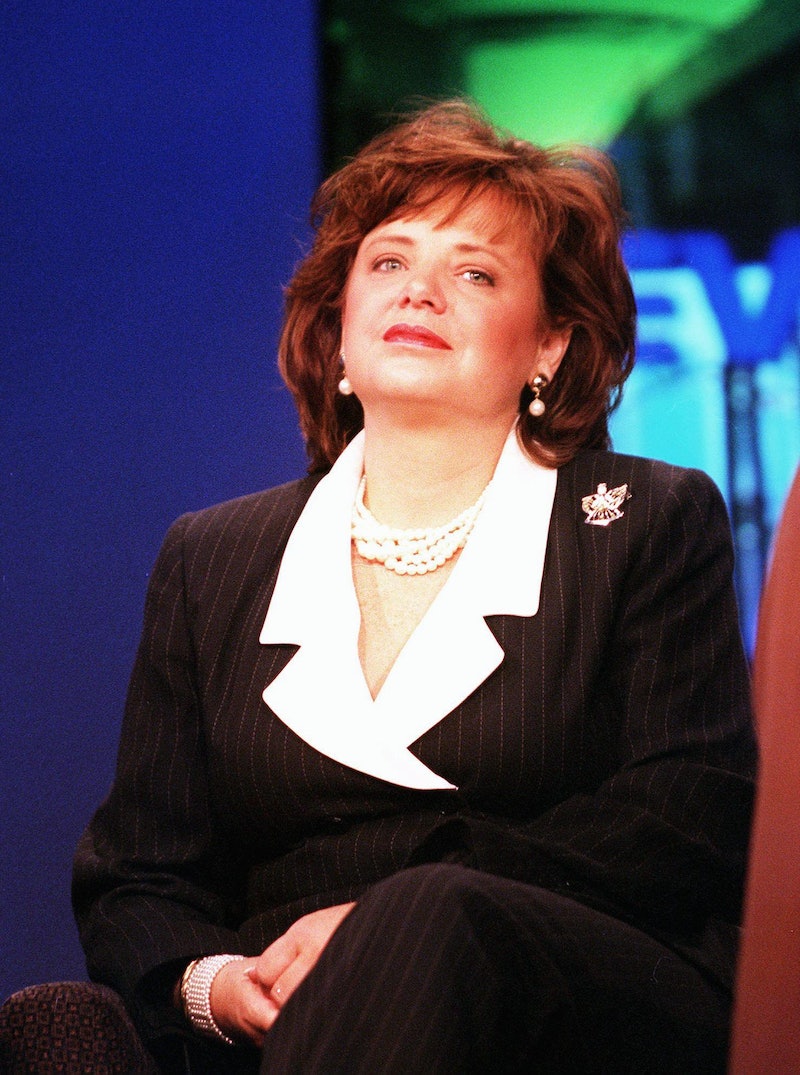 Although it's been nearly 20 years since the death of 6-year-old beauty queen JonBenét Ramsey, the still unsolved murder is once again dominating headlines as the CBS docu-series The Case Of: JonBenét Ramsey inspires a surge of new interest in the child's tragic, unexplained death. At the center of renewed scrutiny into the case is the 911 call JonBenét's mother Patsy placed the morning she discovered her daughter was missing.

Patsy and her husband John awoke early Dec. 26, 1996, to find a ransom note demanding $118,000 for the safe return of their 6-year-old pageant queen daughter. Hours later, JonBenét's was found strangled to death in the basement of the Ramsey's Boulder, Colorado, home. Although both Patsy and John were initially considered to be prime suspects in their daughter's death, advancements in DNA testing cleared them both of any involvement in 2008. Investigators have never managed to uncover who murdered JonBenét.

The 911 call can be difficult to listen to. Patsy's voice is heavy with anguish and desperation as she frantically begs Boulder police to find her daughter. The call reportedly took place at 5:52 a.m., roughly eight hours before JonBenét was found dead just a few rooms away from where Patsy was standing in the kitchen speaking to the 911 dispatcher.

A full transcript of the call Patsy to 911 can be found below:

Patsy Ramsey: We have a kidnapping. Hurry, please!

Patsy Ramsey: There. We have a, there's a note left and our daughter's gone.

Patsy Ramsey: I don't know. I just got the note, and my daughter's gone.

Patsy Ramsey: No! I don't know. There's a, there's a ransom note here.

Patsy Ramsey: No I don't! Please, we just got up and she's not here. Oh my god! Please!

There's long been debate over what exactly happened at the tail end of the recording, with some arguing the call did not immediately disconnect after Patsy hung up the receiver and that a third voice can be heard. The 911 tape has been analyzed nine different times, by everyone from the FBI to the U.S. Secret Service to professional audio laboratories to CBS to an amateur internet sleuth. Neither the FBI or the Secret Service have reported hearing a third voice or any other extended conversation.

In The Case Of: JonBenét Ramsey, investigators analyzed the 911 recording once again, while CBS also interviewed Kimberley Archuleta, the dispatcher who answered Patsy's call for the first time ever in hopes of shedding new light on the case. "I just remember having that sunken feeling that something wasn’t right," Archuleta said.

More like this
The Dog & His Handler In 'Gunther’s Millions' Are Worth, Well, Millions
By Gretchen Smail
Rachel Nickell’s Son Wants The Police To Take Accountability Over Errors
By El Hunt
A New Netflix Doc Will Explore The Unsolved Murder Of Jill Dando
By Sam Ramsden
This First Look At 'The Gold' Shows Jack Lowden In A Whole New Light
By El Hunt and Sam Ramsden
Get Even More From Bustle — Sign Up For The Newsletter
From hair trends to relationship advice, our daily newsletter has everything you need to sound like a person who’s on TikTok, even if you aren’t.