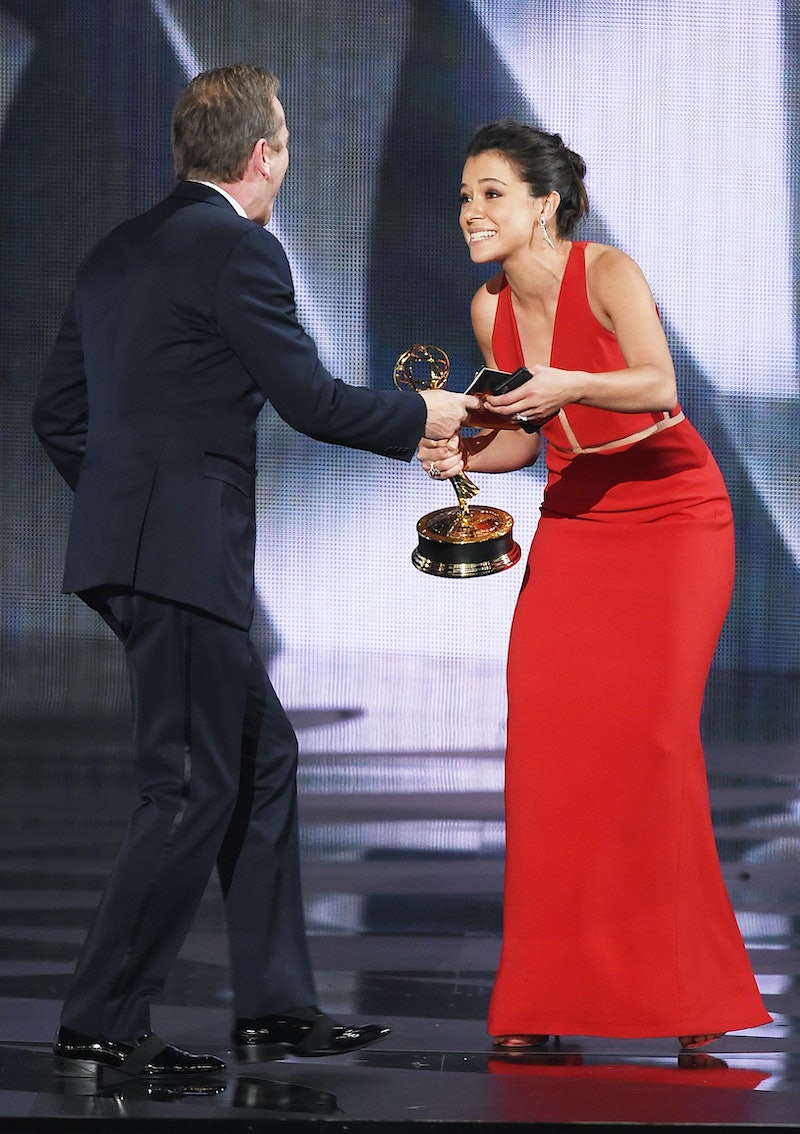 It's often said that we're in a golden age of TV, and the 2016 Emmys are proving that true. So many high-quality shows and actors have scored nominations in this year's race, making it hard to root for just one contender in each category. The race for Best Actress in a Drama Series, especially, proved to be one of the awards show's toughest competitions. With Empire's Taraji P. Henson, Homeland's Claire Danes, House of Cards' Robin Wright, How to Get Away with Murder's Viola Davis, The Americans' Keri Russell, and Orphan Black's Tatiana Maslany all in contention, honoring just one woman might've seemed like an impossible task — yet at the 2016 Emmys, Maslany won Best Actress in a Drama, beating out all those other worthy contenders.

It was a long-awaited well-deserved win for Maslany, who's played many different clones on Orphan Black for four seasons and has won great acclaim from fans and critics alike. Accepting her award, Maslany looked visibly overwhelmed, thanking her family, friends, and the show's cast and crew. She also acknowledged Orphan Black's female-driven storyline, saying, "I feel so lucky to be on a show that puts women at the center." And fans who've watched Maslany kill it every week on the show, playing more characters in one episode than some actors play in a lifetime, are lucky to get to see such a talented actor starring in the show.

Congrats to Maslany on her Emmy, and to the other contenders in the Best Actress race, all of whom continue to give remarkable performances on their respective shows.