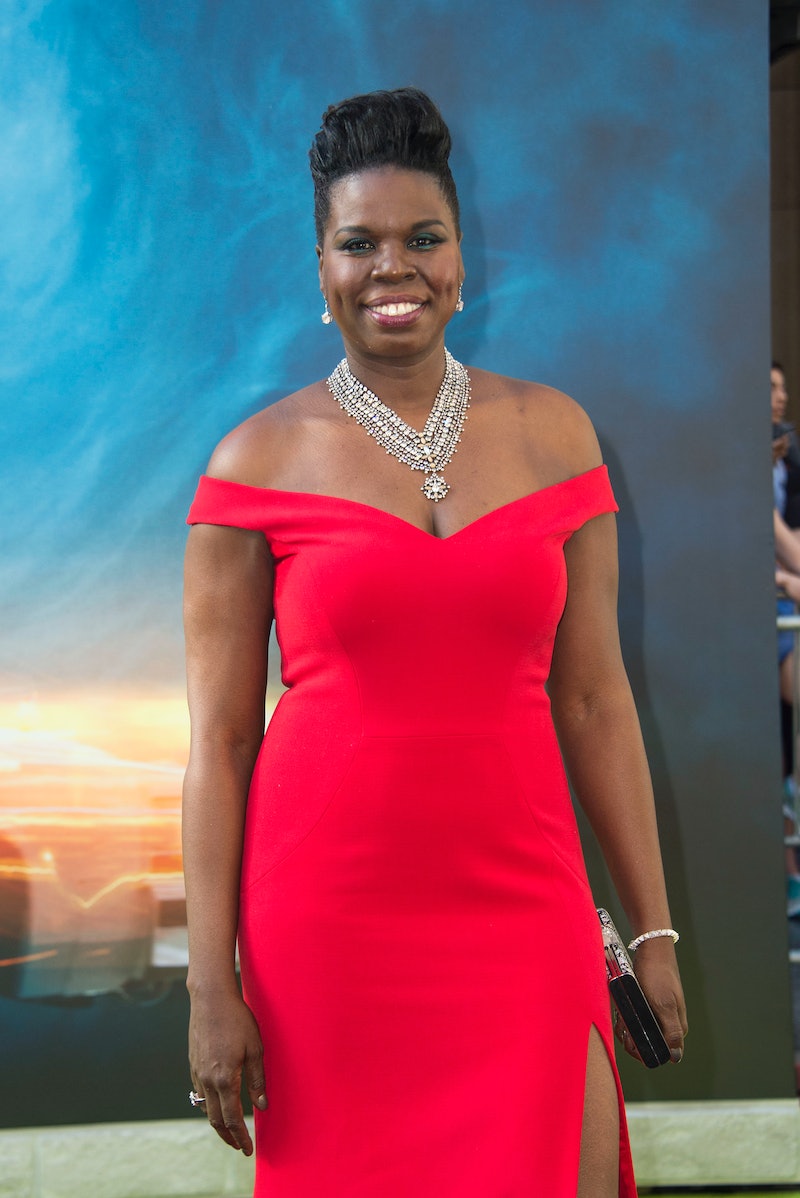 It's always great to see an actor you love take home a big award, but it must be even better when that person is one of your co-stars and close friends. When Kate McKinnon won Best Supporting Actress In A Comedy at the 2016 Emmy Awards, many were thrilled for the star — but perhaps no one more than her Ghostbusters co-star Leslie Jones. Shortly after McKinnon's win, Jones tweeted her excitement over the news, posting, "IM SCREAMING CRYING MY BITCH MY BITCH SHE WON YALL!"

It's adorable to see that McKinnon and Jones are apparently so close in real life, and that Jones is so happy for her talented (and now Emmy-winning) friend. Alongside Melissa McCarthy and Kristen Wiig, the duo made a hilarious team in Ghostbusters, and it's so sweet that their bond seemingly extends off-screen, too. Like many fans, Jones was apparently thrilled to see McKinnon take home her first ever Emmy award, for her work on Saturday Night Live. McKinnon has a lot of things to celebrate these days, from her scene-stealing turn in Ghostbusters to her now award-winning work on SNL, and it's clear that her friendship with Jones is one of them.

Here's hoping that the two team up again for another movie or TV show down the line, because fans need to see their real-life friendship reflected on-screen at least one more time.

More like this
How Lady Gaga & Adele Are Closer To The EGOT All Of A Sudden
By Jake Viswanath
What Is Ben Affleck's Net Worth? At 50, The Oscar Winner Makes 8 Figures Per Film
By Meg Walters
Amanda Seyfried Says She Felt Pressured To Shoot Nude Scenes At 19 Years Old
By Jake Viswanath
Someone Must Pay For What Happens To Bad Bunny In 'Bullet Train'
By Arya Roshanian
Get Even More From Bustle — Sign Up For The Newsletter