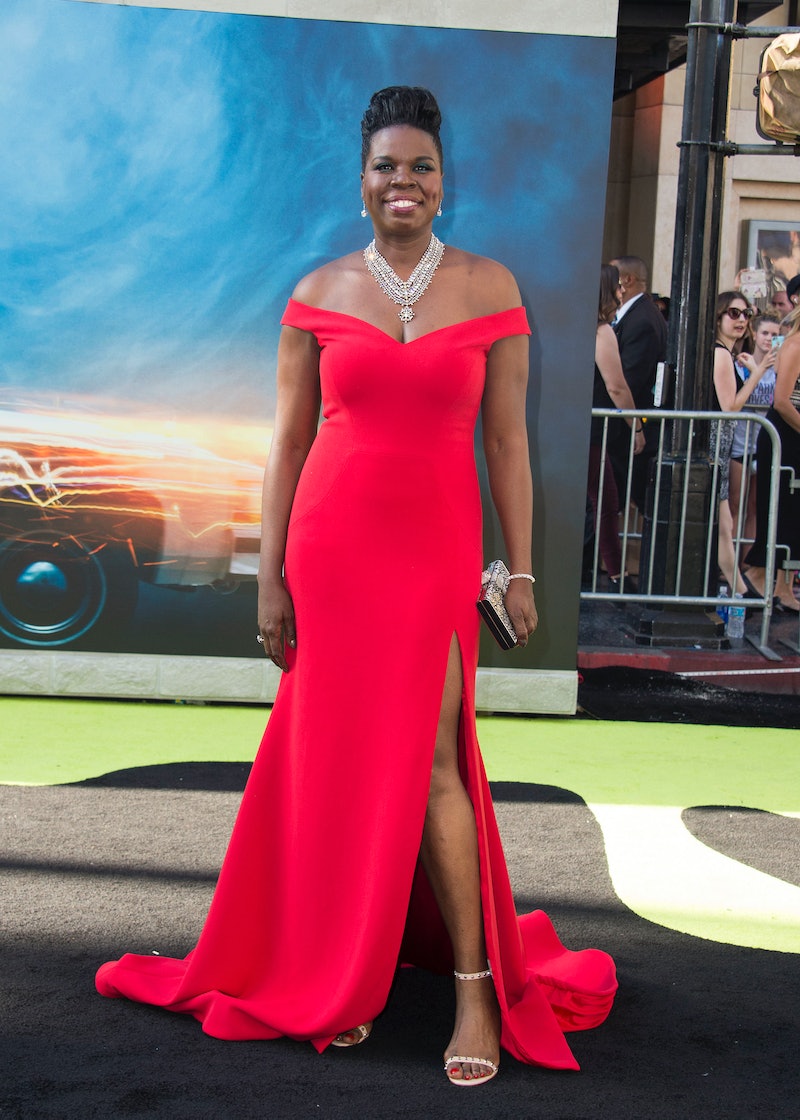 Well, that was enough to give me a much-desired case of the blues. SNL and Ghostbusters star Leslie Jones wore a royal blue jumpsuit to the 2016 Emmys. The silhouette was simple but it was hardly basic. She owned it. If you recall, Jones was vocal earlier this summer about having trouble finding a designer to dress her for the Ghostbusters premiere. It's unbelievable that such a visible and fierce comedy star would find herself in that fashion conundrum. Former Project Runway winner Christian Siriano essentially has a fashion doctorate in fierce, so he stepped up and dressed her in a, well, fierce crimson frock for the event . So, who designed Jones' blue Emmys jumpsuit, which she wore with a diamond necklace?

If I were to venture a guess, given the success of their previous pairing, I would plunk down cash that Siriano was the designer behind Jones' jumpsuit. And guess what? I'm right. Siriano tweeted that Jones' jumpsuit was indeed one of his custom designs.

Twitter was also quick to throw love at Jones and her jumpsuit. Because that's what happens when someone kills it with an unexpected look at a major Hollywood event.

Have a look at the jumpsuit-slaying Jones. The silhouette is often hard to pull off. But that was certainly not the case in this instance.

Are Jones and Siriano fashion's next great pairing? They could be. If it works, it works.

They understand each other and you can't argue with the results. I love that Jones taking to social media and tweeting about the lack of designers interested in dressing her lead to this!

That blue, though! It pops. So did the bling around her neck. The fact that Jones was able to address the traumatic leak of her private photos in a comedic skit at the Emmys proves that she rules all.

This tweet encompasses all of the feels. Jones owned that jumpsuit. Nice work, Christian Siriano.

In case you need a refresher, here was the sexy, slitted, and scarlet Siriano dress worn by Jones. I can't wait to see what these two do next. They are each other's "go-to."