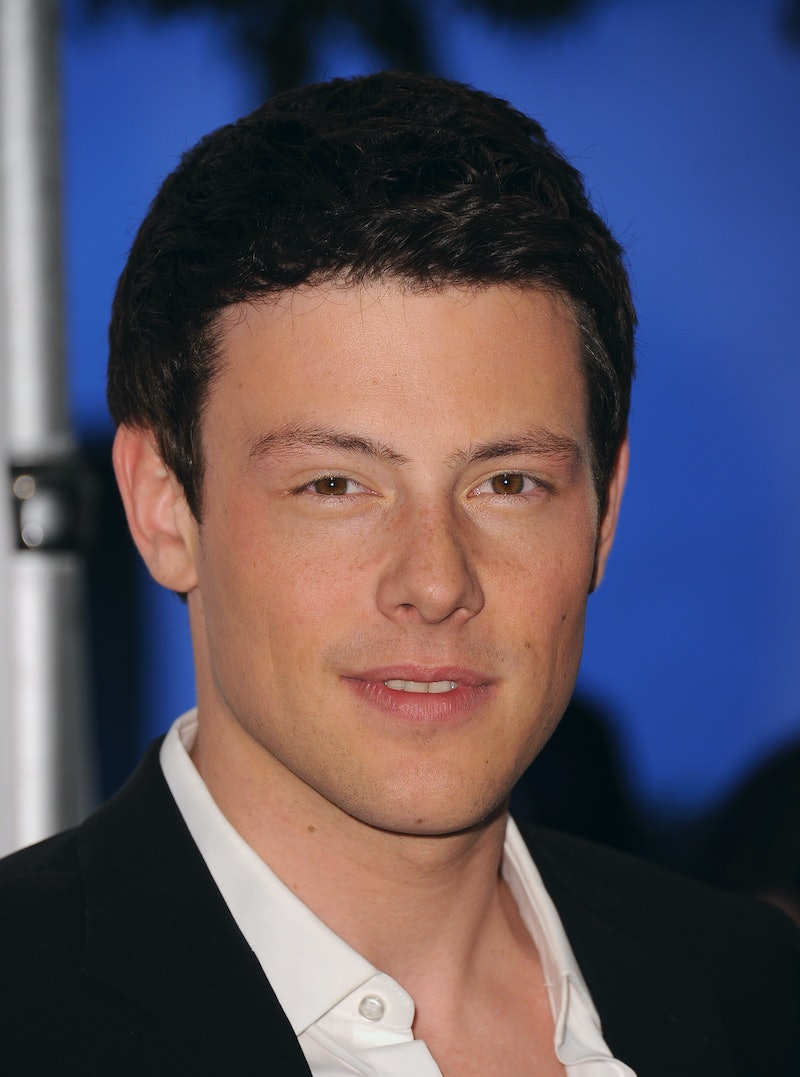 Following the news that Cory Monteith died Saturday, the Internet was inundated with all sorts of stories, tributes, memorials, and more about the Glee actor. Unexpected celebrity deaths often shake the Web as whole, so it should come as no surprise that media outlets are forced to hop, vulture-like, onto the graves of newly deceased celebrities and stomp repeatedly until it is no longer of interest. News is news, and as desperately sad as it is to hear of anyone — let alone a public figure — dying young, people also yearn for more information and someone has to give it to them. Still, I had never noticed the harsh callousness and unfeeling insensitivity with which reporting a celebrity death was managed until Monteith passed.

One report read, "Lea and Cory Were 'Happy' and 'In Love' At the Time of his Death," another quoted fellow Glee star Mike O'Malley as saying, "he deserved a long life." Monteith's cousin Richard spoke out, begging the public to remember the man instead of judging him for whatever the autopsy might uncover. In the very same article, there were pictures of Richard breaking down and crying next to a public memorial dedicated to his cousin.

Does it seem fair that Monteith's family should have to defend him whilst dealing with the harshest blow of losing someone unexpectedly? Would you feel at peace if you knew that everyone you held near and dear would be forced to do the same, should something happen to you? And I should think that, given their long relationship, even through tough times, Michele and Monteith were in love, and to insinuate that such might not have been the case as she deals with losing a significant other is numbingly coarse. As for turning O'Malley's quote about Monteith deserving a long life into a headline? Everyone deserves a long life, unequivocally, but as we well know, the nature of existence is that things are not fair, and what people deserve doesn't always play into what they receive. He wasn't more or less deserving of a longer life than anyone else, so paying tribute to his existence by reporting such placatory nothings is like saying, "He breathed oxygen and now he doesn't."

But the most pressing issue seems to be a deep-set public belief that we are owed answers when celebrities die or do something wrong. We are not. Why does Monteith's autopsy even concern us? We feel, at most, a sad curiosity, but the people who knew him and loved him most likely feel distraught, lost, and confused. We should not add ourselves, our opinions, and our relentless need for details to their already unbearable weight, because at the end of the day, it doesn't matter how he died.

There is an onus of judgment that is floating over Monteith's memory as the general public waits for details of the autopsy. On a surface level, we are waiting to find out if he died due to a drug relapse — as is being speculated, considering Monteith's past substance abuse — but at the core of it, we are waiting to judge him. To decide if he was taken too soon, or if he was just a reckless drug addict, sliding fatally into old habits. Who he was, what he accomplished, the things he struggled with — these will all possibly be forgotten should sordid details come out. But this too is sickening. Yet here we all are, shielded behind screens and formulating harsh opinions about a man who will never get to refute them. The only person, or people, our judgments will hurt are those Monteith left behind.

So why are we so weird about celebrity grief? In our personal lives, the rules for funerals and how to treat the bereft are pretty strict, and violating them is fiercely frowned upon. If you were to turn to the person next to you at a service and stage-whisper, "I think ____ loved their husband/wife/girlfriend, but maybe not, right?", he or she would probably consider you a terrible human being. Because doing that would make you a terrible human being. Why tear at a fresh emotional wound? Is it somehow more okay because we don't know Monteith's family? Because they aren't our own?

It's simply not an attractive quality to crowd around grief like it's a spectator sport. Selling grief, judging grief, and worst of all, feeling you have the right to participate in someone else's grief is one part of the seedy underbelly of celebrity culture that we should renounce. It's time we bite back our questions, restrain our opinions, and honor wholeheartedly a person who made an impact on the world, and left it sooner than expected.

More like this
The Meaning Of Steve Lacy’s “Bad Habit” Lyrics
By Radhika Menon
Olivia Rodrigo Manifested Finally Meeting Demi Lovato
By Jake Viswanath
Will Beyoncé Perform At Or Attend The 2023 Grammys?
By Jake Viswanath
The History Of Taylor Swift's "All Too Well" & What The Lyrics Actually Mean
By Jake Viswanath
Get Even More From Bustle — Sign Up For The Newsletter
From hair trends to relationship advice, our daily newsletter has everything you need to sound like a person who’s on TikTok, even if you aren’t.