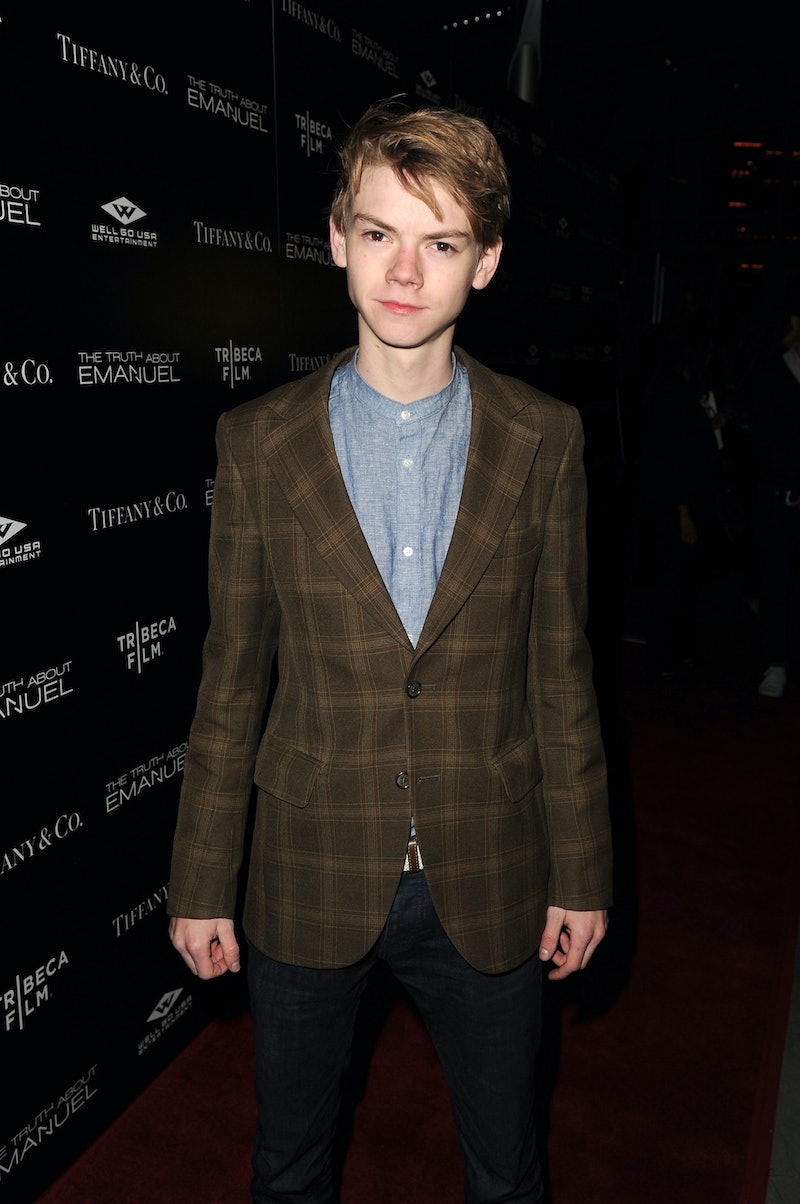 That Hollywood trend bandwagon really doesn't take too many rest stops, does it? In the latest installment of The Hunger Games comes The Maze Runner . Set in a post-apocalyptic-y futureworld, a young man named Thomas is dropped into a compound after having his memory erased. He soon finds out that he and his fellow utterly screwed young lads are all trapped in a dangerous maze. Concrete jungle where nightmares are made of, AMIRIGHT?

After watching the trailer you may be asking yourself, wait, where have I seen this movie before? (Answer: The Hunger Games, Divergent, etc.) However, unlike The Hunger Games and Divergent, The Maze Runner does not, I repeat, DOES NOT focus on a badass female lead who has to save the world and is not played by Jennifer Lawrence or Shailene Woodley. Rather, The Maze Runner takes even more pages straight out of the Lord of the Flies than either of the other two films and focuses on what happens when young men are left to their own devices to fight for their lives. I reckon things get stabby.

You may also be asking yourself, “Wait, where have I seen all of those actors before? I know it’s definitely from something, I just don’t know what.” Rest your Google-ready phalanges my friends, for we have your answers. Here are the The Maze Runner’s top stars and where you have seen them all before.

What You Know Him From: Hey New Girl fans! Remember the "Virgins" episode where Jess gets stuck in a kiddie castle half-naked in broad daylight? Yep. That's this guy. He also co-starred with Vince Vaughn and Owen Wilson in The Internship and plays Stiles in the MTV series Teen Wolf.

What You Know Him From: Your eyes don't deceive you, it's definitely the drumming 'lil heartbreaker from Love Actually. He's also a voice actor for Phineas and Ferb. But really, you know him as Liam Neeson's son in Love Actually. Let's be real.

What You Know Him From: The captain of intense eyebrows recently played the scheming "son" in We're the Millers and you probably also recognize him from his role Eustace Scrubb in The Chronicles of Narnia: The Voyage of the Dawn Treader. Say that five times fast.

What You Know Her From: According to the trailer, Scodelario is the film's only girl (Gasp! But not really) . And when she's not busy turning the world of The Maze Runner upside down with all of that crazy estrogen, you would know her as Effy Stonem from MTV's Skins... because one hard-to-pronounce name just isn't enough.