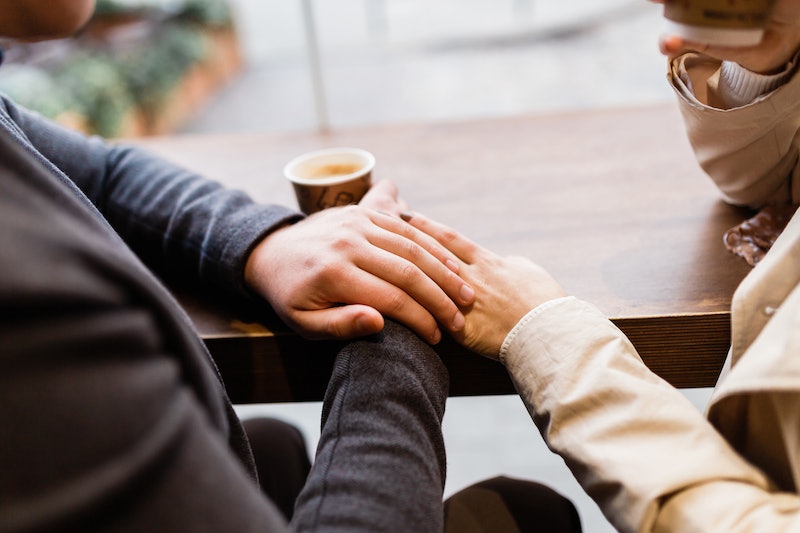 One of the most brutal aspects of being an adult is learning how to forgive, particularly if the person or people who have harmed you show no remorse and have experienced no justice for their treatment of you. But forgiveness, as increasing amounts of psychological and medical evidence suggests, is more than merely something we're preached to practice by our grandparents. It's a fundamental human connection, and something that wields considerable power on neurological and psychological levels. The science of how forgiveness works can be complex; as we'll see, it's rarely as simple as just hugging it out.

Contrary to popular assumption, psychologists don't demand that you forgive everybody who's ever wronged you. Psychology Today notes that encouraging forgiveness without fully addressing the issue at its root can be suppressive, damaging and risks minimizing somebody's real pain. Susan Forward, whose work on toxic parents I've written about extensively, is particularly wary of forgiveness when it comes to systemically problematic or upsetting parental figures; we feel considerable pressure to forgive those we love, and even those we don't, but while that is a worthwhile aim (and, as we'll discover, a healthy one), attempting to force it is unlikely to stick or genuinely repair a relationship. Forgiveness, by definition, is once and for all; you can't go back on it afterwards if you decide you're still angry.

If you're finding it tricky to let go of a grudge or move forward with your life, there's science behind that. Here's what you need to know about how forgiveness works.

What actually happens in your brain when you forgive somebody? It turns out that derailing a grudge and its entailed stress response isn't as clear as it might seem. A part of forgiveness, according to a neurochemical study done in 2008, appears to be the interaction of the hormone oxytocin with our amygdala. Researchers looked at how people reacted to betrayal in a simple money game with or without a dose of oxytocin, a chemical often used in human bonding. If they were given a dose, they were more likely to "forgive" somebody and keep playing after they'd betrayed them numerous times before. The researchers found that the oxytocin was interrupting a particular warning mechanism in the amygdala, one of the fear centers in the brain, that would otherwise make them fearful. It suppressed their fear and let them trust again, which may be the key way in which forgiveness heals relationships.

There are other mechanisms, too. A 2013 study involving MRI scans of people as they thought about forgiveness found activations in bits of the brain responsible for "theory of mind, empathy and the cognitive regulation of emotions." ("Theory of mind" is a term for our ability to attribute mental states and feelings to other people; we tend to develop it as young children.) In other words, forgiveness means we see other people as real and attempt to empathize with their actions and feelings. The forgiving brain, it seems, is a complex place; and it reflects the complex nature of forgiveness itself.

Forgiveness, speaking in a medical sense, is a good thing. You may believe there is little connection between mental states and the body, particularly when it comes to something as abstract as forgiveness, but specific work has established that a forgiving attitude aids both psychological stability and physical health. Salon, profiling developmental psychologist and forgiveness science pioneer Dr. Robert Enright, mentions his 1993 study, which established that "forgiveness therapy" gave better psychological and emotional health to people than therapy that didn't focus on giving up grudges.

It's not just emotional, either. The physical side of forgiveness can have a radical impact on health outcomes; studies compiled by Psychology Today have found that forgiving consistently is tied to a longer life and better heart health. But the mechanisms behind forgiveness's power are diverse and intriguing.

3. ... Mostly Because A Lack Of Forgiveness Is Associated With A Stress Response

It's not so much that forgiveness itself is an inherently healthy state; it seems that the alternative is deeply bad for us. Holding on to wrongs rather than letting them go significantly increases bodily stress measures in a very prominent way. One prominent study found that people ruminating on past wrongs that hadn't been forgiven demonstrated significant signs of internal stress in their heart rates, facial tension, and sweating. Some Berkeley scientists, wanting to build on this research, looked at the levels of the stress hormone cortisol in people who did and did not forgive their romantic partners' faults, and found a spike effect in those who couldn't. Cortisol peaks are associated with chronic stress, one of the nastiest ways in which you can hammer your own body from the inside out; Johns Hopkins Hospital calls the serious physical burden of carrying grudges "enormous."

4. There Are 2 Main Types Of Forgiveness

In terms of psychological outcome, many psychologists distinguish between different kinds of forgiveness: state and trait. One is specific, while the other is more abstract. "Trait measures assess the extent to which individuals exhibit a tendency to forgive someone after this person has committed some offensive or inappropriate act," writes Dr. Simon Moss. "State measures assess the degree to which individuals forgive a specific act or violation of some expectation."

In other words, trait forgiveness identifies whether you're willing to forgive a person in a lot of different situations, whereas state forgiveness is about more specific transgressions on particular times. A 2008 study found that both state and trait forgiveness in people were associated with better health outcomes, but some philosophers argue that it's a false division that doesn't actually do much for human psychology.

5. Some Things Are Psychologically Harder To Forgive Than Others

It will come as no surprise when I tell you that humans tend to regard offences against them in a variety of ways, and that certain transgressions are more difficult to forgive than others. A 2010 study found that, while many factors mediate how we feel about forgiveness in general (including our faith and personal beliefs about forgiveness), personal betrayals like affairs tended to be highest on the list of things that were unforgiven. We perceive the damage of those personal offences as more extensive and corrosive than, say, being robbed in a mall by a stranger.

Betrayal, it turns out, requires a very specific model of forgiveness in order to be resolved correctly. A 2010 study of romantic partners attempting to get over a betrayal of some kind found that forgiveness needed to be dyadic , or involving the actions of both partners. The offending partner needed to apologize and attempt to make amends, and the offended partner needed to accept this and attempt to heal and forgive. Without both parts of these, forgiveness was unlikely to happen. If you can't get over a serious wrong because the person in question has never expressed remorse, it's not your fault — but it might be worth trying anyway.