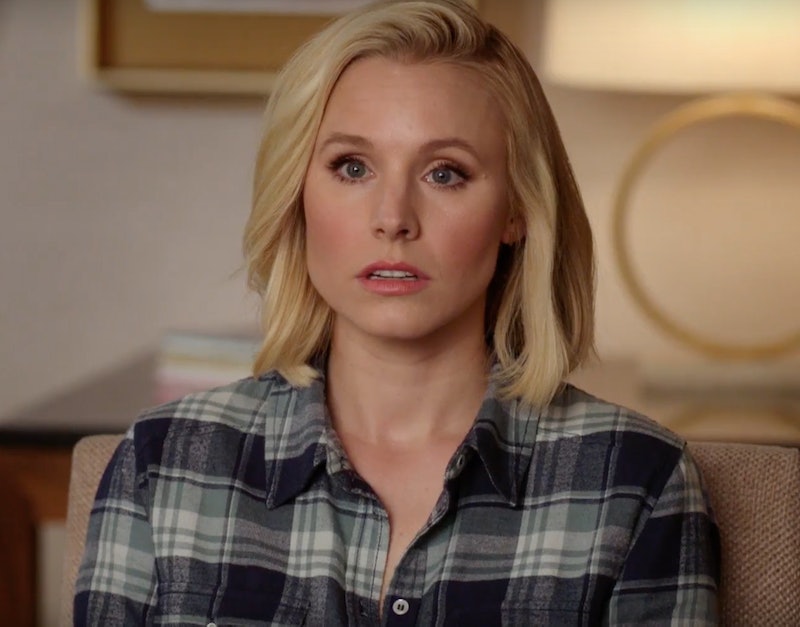 In case you haven't heard, The Good Place is the one show to watch this fall. Not only does it star one of our brightest national treasures — Kristen Bell — but it also offers up a genuinely intriguing premise: what happens if you end up in "the good place" when you die, but you really aren't meant to be there? Given that many of the new fall shows either fall into the courtroom drama, remake or medical show molds, the fact that a sincerely exciting comedy like this one exists sounds like a great deal to me. I am a big proponent of good comedy. Finding a show that sticks is tough these days, especially with all of the new programs that are premiering over the next few weeks — which is why we all need to tune into The Good Place.

The cast is on point, the plot allows a ton of room for growth while promising to never go stale, and, for those of us that demand intelligent comedy, this show delivers. So, here's what I'm going to do: I'm going to serve up to you 13 really solid reasons why you need to start watching The Good Place ASAP, OK?

1. We Need More Kristen Bell In Our Lives

Kristen Bell is an treasure, plain and simple. It's been a minute since she was stealing our hearts full time on Veronica Mars, House of Lies, and even Parks & Rec for a spell. If you're anything like me, then your heart is ready to embrace her once more.

Sunny settings with a dark, moody underbelly? An antiheroine who can't curse, drinks like a fish sans hangover, and definitely said horrible things to strangers? And there will be a non-religious exploration of the afterlife through comedy? I'm in like Flynn.

3. Fans Of Parks And Rec And The Office Will Love The Good Place

The Good Place 's creator is Michael Schur, whose name you may recognize from a few really small, unknown comedies: Brooklyn Nine-Nine, Parks and Recreation, and The Office. Oh, you've heard of them and love them and would probably watch anything even remotely similar to those shows? Yeah, then you're definitely going to love The Good Place. Schur is one of the best in creating solid comedy television.

4. Get Ready To Fall In Love With Jameela Jamil

For those of you who don't know, Jameela Jamil is a British television presenter who has built her career as a DJ for Radio 1 and as the host of various TV music programs. Essentially, she's the cool British MTV VJ we never had. This will be Jamil's acting debut, but, pitched as the glossy, good girl nemesis of Eleanor, it will be exciting to see Jamil really spread her acting wings. Her inclusion also means that this show is a Bechdel Test-passing television show and you know what? That earns two major thumbs-up from me.

With Schur on board, you know that there will be some low-key cerebral and heavy moments. The characters in The Good Place are dead, remember, and that means that, every once in a while, they may get blindsided as they consider their previous lives. I fully expect that viewers will be made to ponder in between belly laughs.

Sure, the nature of the show — pondering life after death — is not exactly new territory. Shows like Pushing Daisies and Six Feet Under functioned under similar conditions to The Good Place. But what The Good Place does is taking a bolder philosophical stab at the idea surrounding our perception of the afterlife and whether living for the afterlife is necessarily a good thing. Spin that in a comedy centrifuge for a few hours and what you get are a ton of avenues for odd but amusing storylines and new ways to poke at our concepts of life after death.

7. The Good Place Was Inspired By What?

Believe it or not, The Good Place was inspired in part by Lost. No, you read that right: Lost . At the Television Critics Association press tour, Schur said that "each episode of the show has a contained story," and "something dramatic happens and it sends the story spiraling. The model in my head is 'Lost.'" It makes sense: both shows deal with the murkiness of morality, the strangeness of the afterlife, and what the weird thing called life is truly all about. Color me intrigued.

The man, the myth, the legend: Ted Danson is utterly charming. As the architect of the Good Place, Danson gets to shine as an authority figure, but also, in a way, a father figure to Eleanor. Danson's performance will reel in a new generation of fans and remind old ones why he's one of the best character actors we have working today.

9. There's A Refreshing Angle On The Love Interest

So it goes that, in the Good Place, you finally get to meet your soulmate (talk about a sweet gig). For Eleanor Shellstrop, that means she gets paired with Chidi, played by relative newcomer William Jackson Harper. Not only is it refreshing to see an interracial relationship get nurtured, but Harper is more than game to act as the voice of reason and foil for Bell's Eleanor.

Bell is a comedic chameleon, but undeniably shines brightest when she plays against type. Watching her go for an edgier, morally dubious role means we get to watch her perform at her highest capacity. Seriously, who doesn't love a good anti-heroine?

11. Fans Of Community Will Connect With The Good Place

The eerily cheery and cartoon-ish setting of The Good Place means that the show's darker elements not only have an odd tonal discord, but also that the brightness of the world will put viewers on the edge of their seats. Like the meta-comedy of Community, The Good Place has the right tools to mix up the macabre with the amusing to hilarious effect.

The show opens us up to the possibility that there may be others like Eleanor wandering about, trying to keep a low profile in the Good Place. If that little preview of what we heard in the Bad Place is a fraction of the true awfulness that awaits, then, yeah, I think it's safe to say that there are plenty more mistakenly placed people than we realize.

13. And One More Time For The People In The Back: Kristen Bell

Because, again, you can never have too much Kristen Bell in your life. Ever. I mean it.

Watch The Good Place, and thank me later.

More like this
'GoT' Star Emilia Clarke Says She "Just Can't" Watch 'House Of The Dragon'
By Brad Witter
Yes, 'The Price Of Glee' Is Available To Watch In The UK
By Catharina Cheung
Another Side Of Rupert Grint
By Maria Sherman
Linda Ronstadt’s “Long Long Time” Plays A Pivotal Role In The Last Of Us
By Brad Witter
Get Even More From Bustle — Sign Up For The Newsletter
From hair trends to relationship advice, our daily newsletter has everything you need to sound like a person who’s on TikTok, even if you aren’t.