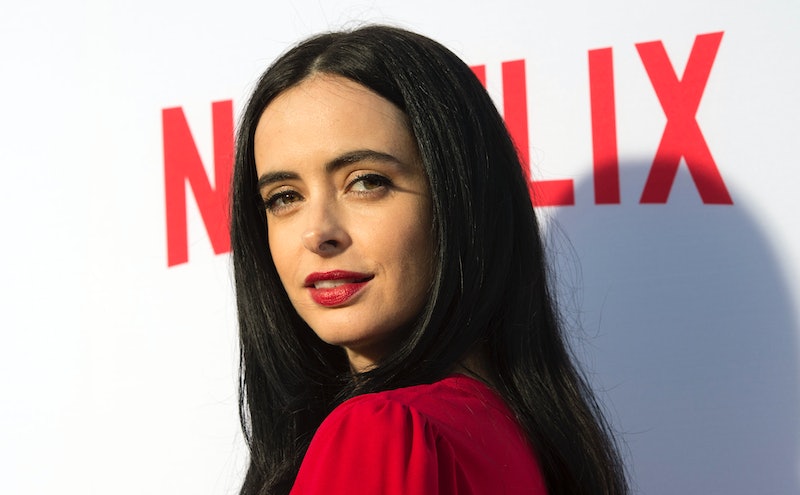 Feminism is a hell of a thing. Once you get a taste of how our media depicts women (and men, and people of all/no genders if they're depicted at all), it's hard to watch anything without completely turning your brain off. There are tons of amazing shows with strong female characters to watch on Netflix that will make your feminist heart happy. These are ladies who truly kick ass. They're smart, or funny, or tough, or courageous, or doing their best just to survive, as we've all done at one point or another.

There's tons of room for improvement in media diversity, but Netflix has a pretty great selection, if you know what you're looking for. I'm not saying there won't be anything problematic in any of these shows (I mean, patriarchy, am I right?) but I am saying there's tons of lady power to help you feel inspired to keep pushing the movement forward. We're at a total tipping point in Hollywood, and the decision makers are finally starting to see that diverse voices are in demand. By supporting shows with strong female characters, you're adding your voice to those who are shouting for diversity, which makes all of our collective voices that much louder. If that doesn't make you feel better about a total Netflix binge-fest, I don't know what will. On to the woman power.

An imperfect female superhero fighting a big evil with a complicated plot in a realistic setting. Sign me up.

The show seems like it's about Frank Underwood, but, as Claire Underwood says, “Behind every great man is a woman with blood on her hands.”

There are too many things to love about this show, from cult survivor Kimmy, to her queer roommate, surviving life as an artistic outsider, to her ridiculous boss surviving a divorce, to her landlady, who seems to be only surviving by some kind of miracle...it's fantastic.

Chelsea Handler is ballsy. No, she's eggsy. I like that better. Her Netflix talk show features her going out into the world, both experiencing it for herself, and through the eyes of others. It's great TV.

Nostalgia alert! Beyond the cheesy moments and goofy humor, this is a story about women coming together to help each other.

7. Orange Is The New Black

Just in case you're one of the last people in the country to see this, it's like a buffet of interesting female characters, including the acclaimed performance by trans actor and advocate Lavern Cox.

You'll get an amazing performance from Eleven, and from Wynona Rider, too.

Daisy Johnson and Melinda May bring it.

C.J. Cregg is everything, but that's probably my huge lesbian crush on Allison Janney talking. No, it's not. She's everything.

13. How To Get Away With Murder

Annalise Keating... I have no words for how complicated and brilliant this woman is.

Have you ever imagined that you were falsely accused of a terrible crime and you had to solve it yourself before your execution? No? Just me? Well this happens to Alex Parrish, and it's a wild ride.

I mean, it's Supergirl. Enough said.

Jane Villanueva in Jane The Virgin is one of the best characters on TV, period.

Did I save the best for last? Oh yeah. Olivia Benson has been through it all, and done it all, and watching her fight for the rights of victims never gets old.

I dare you to Netflix and chill with this list, because it won't happen. You'll be too busy watching, snacking, and singing "who run the world? Girls." But you'll say "women" instead of girls. Because empowerment. YAS.