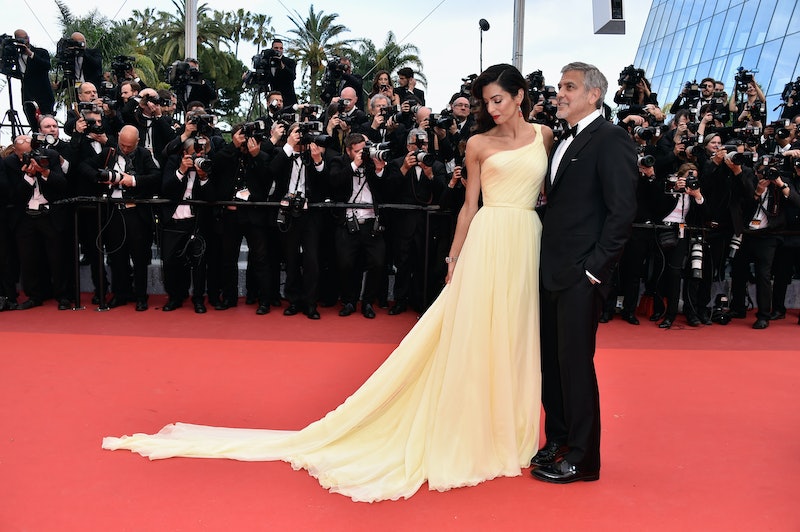 Halloween is swiftly approaching, which means the whole country is about to go full-on Comic-Con in pursuit of fun and Instagram likes. It also means that you are probably brainstorming what you will dress up as this All Hallow’s Eve. If you have got a significant other, a partner in life and crime, or a BAE (shoutout to the youths), you might be searching for feminist Halloween couples costume ideas to show off your socially evolved relationship. Luckily, pop culture has brought us plenty of pairs, both real and fictional, who believe gender equity is of the upmost importance.

Halloween always has the capacity to spin wildly into the realm of the problematic. Awkwardly sexualized his and hers career costumes (sexy clergy or sexy plumber, anyone?) are juvenile at best and demeaning AF upon further inspection. But great couples costumes do not require demonstrated activists or even actual couples for their inspiration. Characters or real life humans who are friends, colleagues, or people you ship (the youths strike again) are all totally viable options — as long as men and women are on equal footing.

So, grab your S.O, your best friend, or your work wife, and let’s get to the treat part of this trick.

Show up to your Halloween party dressed in hundred dollar bills to make a statement about pay equity in the workplace. Who would've thought we could use Halloween to talk about closing the pay gap?!

Finn was totally ready to be Rey's knight-who-recently-ditched-his-shiny-armor, but Rey was not in the market for a man to hold her hand while she made her dream of becoming part of the Rebel Alliance a reality.

3. Eleven and Mike from Stranger Things

Dress up as the two most resourceful kids in Hawkins, Indiana — the silent but powerful Eleven and her determined best friend Mike. Eleven protected Mike and his friends from the school bullies a couple of different times and was quick to remind Mike that friends don't lie.

George Clooney was known as the eternal bachelor for decades, but that was before he met the ridiculously accomplished lawyer, author, and activist Amal Alamuddin. Amal has been a beacon of hope for every woman who's ever been told to "dumb it down" in an effort to appear less threatening to men.

These two aren't a couple, but they did dominate the lanes at the 2016 Olympics. Katie Ledecky broke two world records in her events in Rio and Michael Phelps became the most decorated Olympian of all time — all in a day's work for these two champions. Not pictured: the zillions of other gold medals this pair has collected through the years. They won a total of nine in Rio in 2016.

The recent release of the Ghostbusters reboot did more for the conversation about gender parity in the workplace than it did for the actual movie franchise, so celebrate that conversation with whichever combination of genders you have in your relationship. Hollywood might not have been ready for an all-female spirit-squashing squad, but it was high time we had a talk about why people were so irked by the re-imagination in the first place.

Oh, these two. Hermione is definitely the quick thinker of the house while husband Ron is unfailingly loyal, and if college was any testament, having a relationship survive through the drama of Hogwarts is a true accomplishment.

The first family of the NBA is all of the relationship goals. She's a successful entrepreneur with her own cooking show soon to hit the airwaves, and he's the MVP of the NBA, a champion dad to two adorable little girls, and, when Ayesha went on a Twitter storm against the Cavaliers and the league for some questionable business surrounding games four and five of the NBA finals, Steph told the media he would not apologize for the opinions of his grown-ass autonomous wife. Bravo, y'all.

The internet was pretty excited about the feminist showing in Mad Max: Fury Road. The film follows Charlize Theron's Furiosa as she leads a feminist rebellion against a sex-slavery status quo. Max is more or less there as a wingman, or more appropriately, a ride or die, in this action-packed revolt against misogyny.

10. Cosima and Delphine from Orphan Black

The love story between Cosima and Delphine is one that, apparently, knows no bounds. In the spirit of not spoiling anything about the most recent season of Orphan Black, let's just say the two pretty scientists have gone through a lot, both together and separately, but I think everyone can agree that they are better together, making the crazy science that Cosima always wanted.

More like this
20 Genius Kitchen Storage Solutions For Decluttering Your Space
By Emma Garza
Is The Insta-Famous Always Pan Actually Worth It?
By Jessica Goodman
Poshmark Vs. Depop: How The Reselling Apps Compare
By Emma Carey
Why You're Seeing Green Bandanas At Abortion Rights Protests
By Lexi Inks
Get Even More From Bustle — Sign Up For The Newsletter