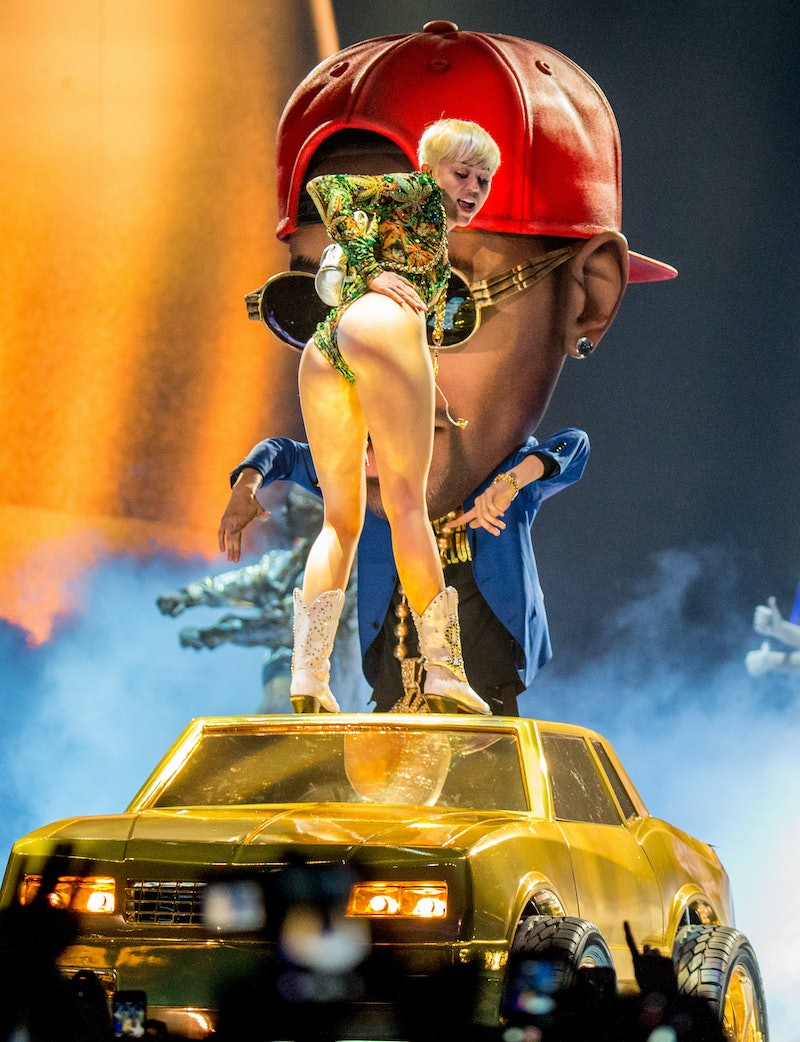 With all of that twerking and butt-slapping, it was only a matter of time before Miley Cyrus discovered the most famous song about butts. On Monday night, Cyrus performed "Baby Got Back" at a karaoke bar in New Orleans. Apparently, when the Bangerz tour performer isn't busy rolling joints in the studio with The Flaming Lips, she heads on over to the nearest karaoke spot to belt out Sir Mix-A-Lot's 1992 musical homage to big behinds. Same, Miley, same.

The best part about all of this though (and it's not that I have "Baby Got Back"'s lyrics committed to memory) is that Sir Mix-A-Lot found the video of Cyrus on TMZ and tweeted about it. So really, the news here is that Sir Mix-A-Lot is alive and well in the recesses of the Internet. But we're really not surprised that Cyrus chose the hit song about big booties. The girl's already made it perfectly clear that she's infatuated with butts, both her own and other people's.

Cyrus laughed through the entire performance so no, she didn't expertly belt out in a "The Climb"-esque fashion "My anaconda don't want none unless you got buns, hun," but she definitely knew the words. She also let some lucky fans touch and smack her butt. At least she was fully committed to the art that is karaoke.

He loves it, guys. And here's the video:

More like this
Kanye Joked About His Divorce To Kim K In A Surprise Speech At The BET Awards
By Alyssa Lapid
Lily Allen Was “Quite Emosh” After Performing Sober At Glastonbury Festival
By Stephanie Topacio Long
What Is Ariana Grande's Net Worth? When It Comes To Money, She Has No “Problem”
By Hugh McIntyre
Olivia Rodrigo’s Song Dedication To 5 SCOTUS Justices Sent A Strong Message
By Grace Wehniainen
Get Even More From Bustle — Sign Up For The Newsletter