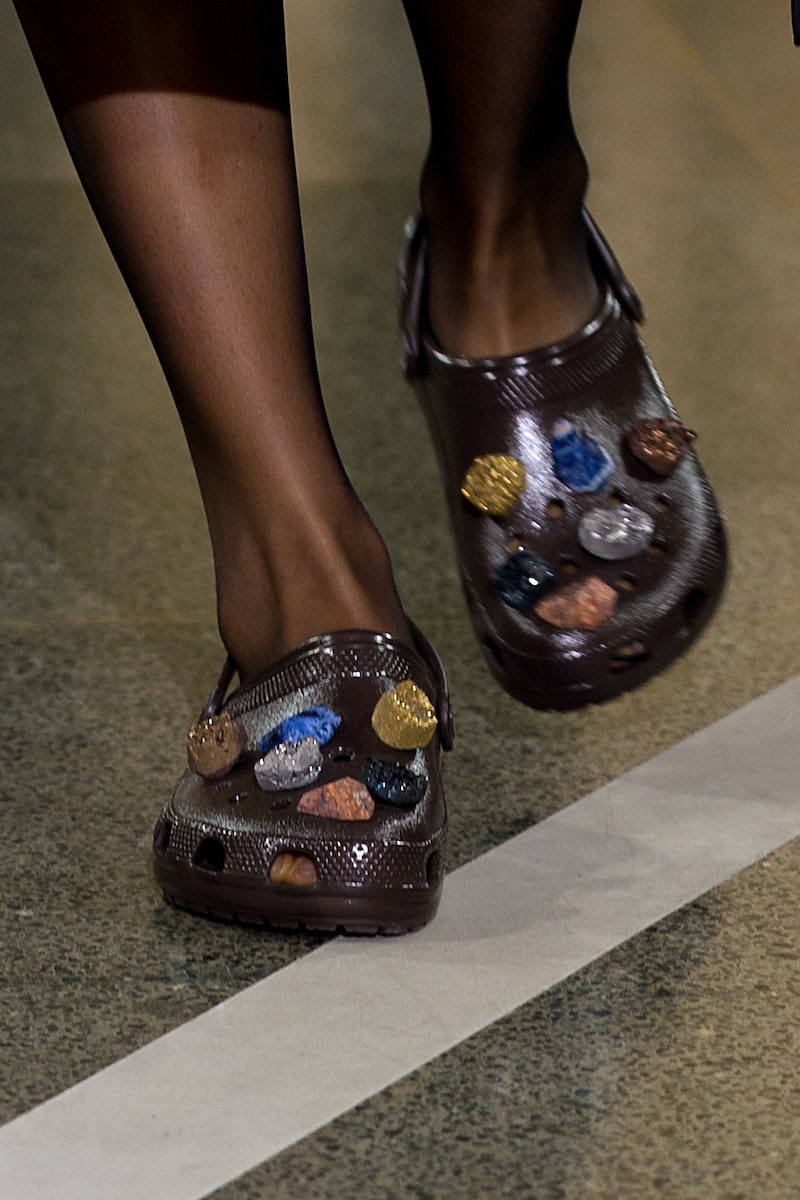 First, it was Birkenstocks. Then, Tevas. Then, thanks to Marc Jacobs, the orthopedic Dr. Scholl's wooden sandals. Over the last few years, ugly shoe trends that we hoped we would never see again came back with a vengeance. Each time one of these unflattering pieces of footwear from our youth suddenly became cool again, we consoled ourselves by saying, "This is bad, but at least it's not Crocs" — until now. On Monday, British fashion designer Christopher Kane's models wore Crocs down the runway at his show during London Fashion Week. Yes, his models wore cool-girl lace, floral appliqués, and yes, Crocs.

Kane updated the once-reserved-for-gardening shoes with gemstones that were oddly similar to the rainbow/flower/frog pegs little kids used to put into their Crocs, which definitely made them stand out even more than they already did. (I'm sure that was his intention? Statement Crocs?)

The bigger issue here expands far beyond the shoes: It's the fact that somehow, the early 2000s (aka the decade that fashion forgot) is suddenly making a comeback. The next thing you know we are all going to be wearing backwards Von Dutch hats, letting our g-string thongs poke out of our overly, ripped, low rise jeans, throwing on a baby tee and calling it a "look."

There they are, in all of their comfy-ugly-shoe glory.

Who would've guessed it, right?

Thankfully, the Internet seems to be with me on this one.

All I have to say is that if I see a blogger or street style star trying to make Crocs happen, I'm officially swearing off of fashion until further notice. Then again, I could be whistling a different tune the way I did with Birkenstocks. We'll have to wait and see.