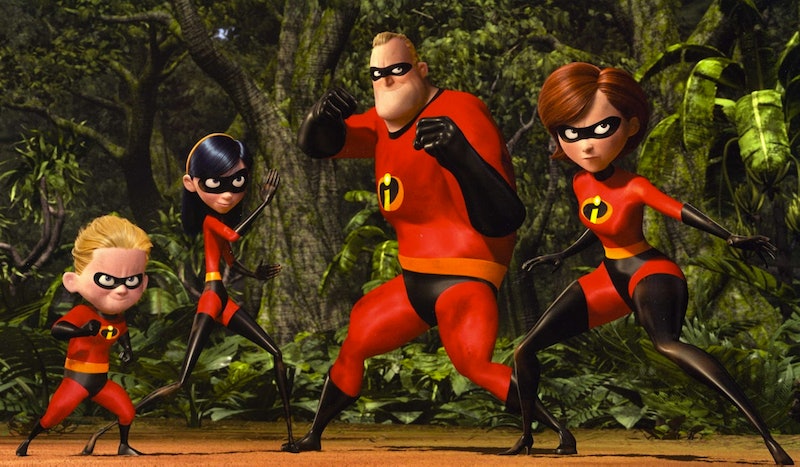 "WHERE. IS. MY. SUPER. SUIT?!" That's an iconic line from Pixar's The Incredibles and, well, now those supersuits aren't too far away. Or at least, they will be returning eventually — because Pixar's officially announced Incredibles 2 . In the immortal words of Sirius Black, "I've done my waiting! Twelve years of it! In Azkaban!"

In reality, it's been 10 years since the first Incredibles film came out in 2004. But when all is said and done, it will probably be a total of 12 years between the first movie and the Incredibles 2. Considering the fact that the Finding Nemo sequel Finding Dory — which was announced in 2012 — isn't coming out til 2016, we can expect a wait. Regardless, though, it's about time Incredibles 2 was happening — with director Brad Bid writing the screenplay, no less.

Pixar simultaneously announced that they are moving forward with a third Cars movie but... let's ignore that part, okay? And focus on the happy thing?

It's pretty smart of Pixar to jump back on the superhero bandwagon, which certainly existed in 2004, but not nearly to the extent and general hype that's developed since Marvel took the reins. And maybe we'll get more about Becky this go round, the most alarmingly overextended-but-capable babysitter of all time. They should really recruit her to run the S.H.I.E.L.D daycare.