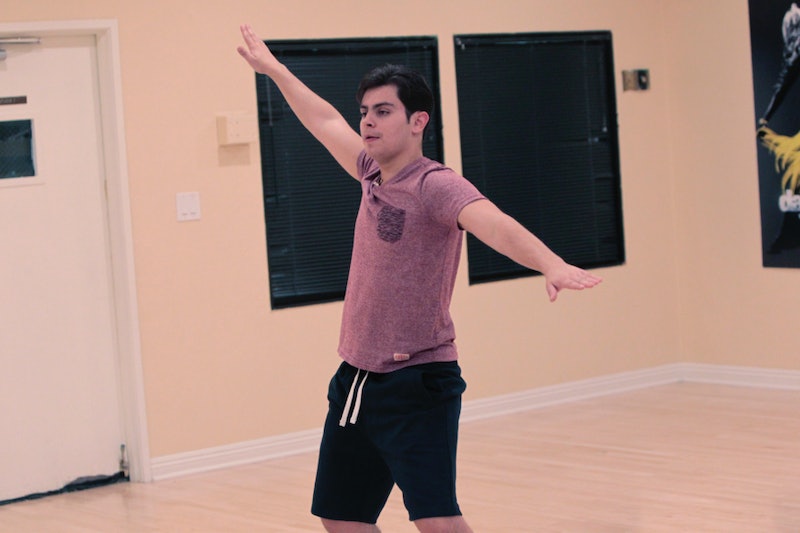 Look, Dancing With The Stars producers — I know that Jake T. Austin got his start on Go, Diego, Go!, but you don’t have to remind us of it every fifteen minutes. It’s going to be a long season if I have to keep thinking about Dora’s trusty sidekick. Unfortunately, it was TV week this week, which means that the Dancing With The Stars contestants were dancing to their favorite television shows. Jake’s favorite television show is apparently Go, Diego, Go!, but Jake T. Austin's sexy reinvention of the song was more like no, Diego, no.

Jake and partner Jenna Johnson (who probably picked the song, seeing as the partners mostly pick the music and choreograph to it) talked in their pre-dance interview about having a sexy, older Diego be the center of the dance, and Jenna would be a sexy adult lion cat or something. I don’t really know what happened — I was too busy watching my childhood be bastardized on national television. The dance was fine — the judges were pretty lukewarm about it — but I needed to reevaluate the shows I watched on Nickelodeon as a kid. What happened to my childhood, you guys? Where are the days of simple daydreams and Nick Junior?

First, Dora the Explorer grew up, and now Diego is gyrating with a lion. What gives? I admire that Jake wanted to “adult” his first big break, but choosing the theme song to his first television show was off the mark for me. Maybe Jake is trying to seem older and grow up with his audience — every child star goes through that sort of thing — but this was just weird. Let’s just hope Jake doesn’t try to make Eureka’s Castle sexy next week.