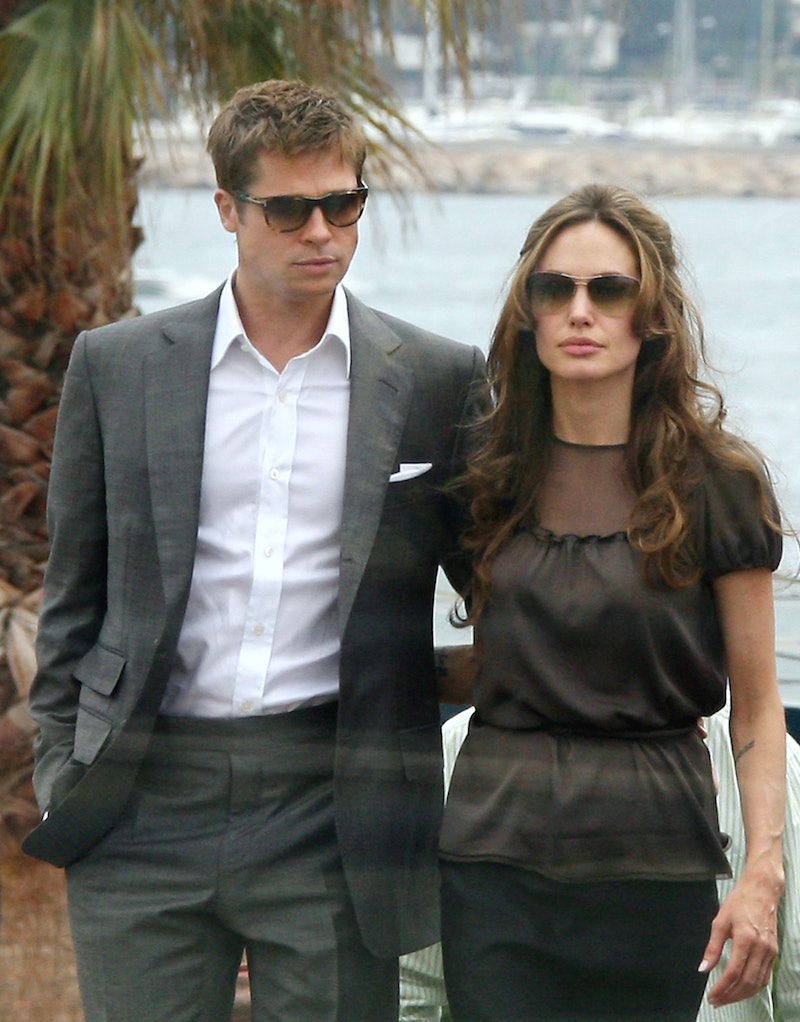 In perhaps one of the most shocking celebrity news developments that this last decade has had to offer, Angelina Jolie and Brad Pitt are getting divorced, Jolie's lawyer has confirmed, according to the Associated Press. Considering that the two seemed to be one of those couples magically impenetrable by the Hollywood relationship curse, despite their controversial start, one has to wonder: Why are Jolie and Pitt divorcing? It seemed like nothing, not gossip, rumors, distance, career commitments, or illness could hinder them. So, what gives now?

Well, first things first, let's assess the information out there. Per TMZ, Jolie and Pitt reportedly separated on Sept.15 of this year, but it was Jolie who allegedly filed the divorce papers "citing irreconcilable differences." Furthermore, she allegedly "is not asking for spousal support," according to TMZ. The site also claims that it was "a conflict over the kids" that was reportedly the proverbial last straw for their marriage. According to TMZ, Jolie is allegedly "asking for physical custody of the couple's six children. She is asking the judge to give Pitt visitation." Update: Jolie's lawyer has confirmed that she did in fact file for divorce from Pitt in a statement to Reuters: "This decision was made for the health of the family. She will not be commenting, and asks that the family be given its privacy at this time," said Robert Offer, according to the newswire.

Earlier: Though it's all speculation at this point as to the legitimate motivation behind the divorce filing, the site alleges that their "sources" claim Jolie's "decision to file was solely over Brad's interaction with their children" and that "she was extremely upset with his methods." Whatever the case may be, I think it's safe to assume that the news of their divorce and the subsequent rumors as to what fueled it won't be dying down anytime soon. That is, until the reasoning is confirmed, if at all.

Bustle has reached out to Jolie's lawyer, and to reps for Jolie and Pitt for comment in regards to the divorce news, but has not yet received a response.