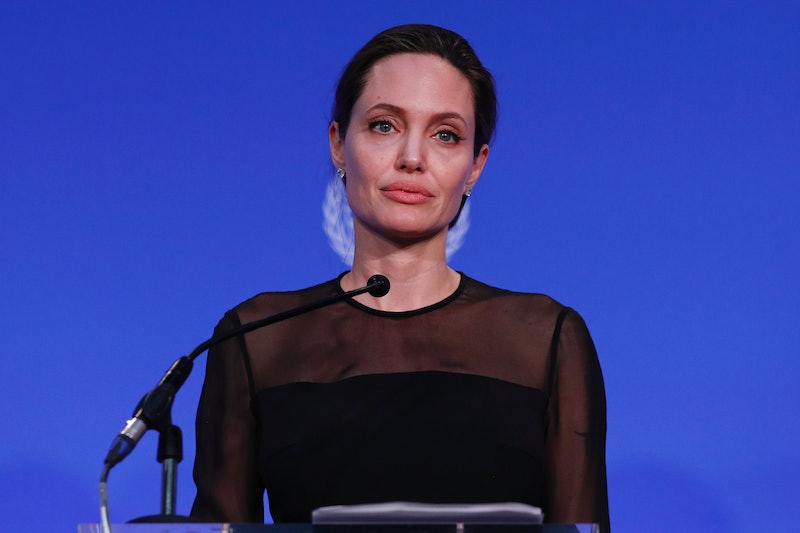 Tuesday has been a sad day for fans of Brangelina, following reports that the Brad Pitt and Angelina Jolie are set to divorce. Jolie's lawyer has confirmed that she did in fact file for divorce from Pitt in a statement to Reuters: "This decision was made for the health of the family. She will not be commenting, and asks that the family be given its privacy at this time," said Robert Offer, according to the newswire. And Brad Pitt has also released a statement to PEOPLE confirming the news: "I am very saddened by this, but what matters most now is the well-being of our kids. I kindly ask the press to give them the space they deserve during this challenging time." Jolie allegedly filed for divorce on Monday, citing irreconcilable differences, and is reportedly asking for physical custody of their six children. So why does Jolie want physical custody, and not joint custody, of her children with Pitt? TMZ reports that she "is asking the judge to give Pitt visitation," which seems significant if it's true.

With such a large family, it's natural that the couple's main focus would remain on their children. The Jolie-Pitts have often appeared in public together, and present as a tight-knit family unit, which is why her request for physical custody seems a little odd. There are several reasons the actress might be asking for this, though prior to an official explanation from the couple's representatives, this is only speculation.

In particular, TMZ reported some serious allegations about Pitt's role in the divorce and his alleged activities, claiming that, "Angelina became 'fed up' with Brad's consumption of weed and possibly alcohol, and mixed with what she believes is 'an anger problem'... felt it became dangerous for the children." If the allegations are true, Jolie asking for physical custody would make sense, as allowing Pitt visitation while having the children live with her would give Jolie full control of the family unit.

According to TMZ, Jolie allegedly "does not want Brad to have joint physical custody... only joint legal custody," meaning that he would retain his rights as their father, but would not live with any of them. A possible explanation for such an arrangement could be that Jolie and Pitt do not want their children splitting their time between two households and would prefer that the children live together in one house. Pitt's statement on the matter has confirmed that, no matter what the truth about the cause of their divorce, the kids are the couple's top priority going forward.

Divorce can become incredibly complicated, and we'll have to wait to find out more about Jolie and Pitt's situation. It's clear that Jolie's role as a mother is of the utmost importance to her right now, and the couple are likely to want to do what's best for their children.

More like this
How Ovulation Affects Your Sense Of Smell, Libido, & More
By JR Thorpe and Lexi Inks
The Case For Following A Menstrual Cycle Workout Plan
By Emma McGowan and Carolyn Steber
11 Surprising Ways Thongs Can Affect Your Health
By Carolyn Steber
Keke Palmer Shares The Sex Of Her & Darius Jackson's Baby
By Jake Viswanath
Get Even More From Bustle — Sign Up For The Newsletter
From hair trends to relationship advice, our daily newsletter has everything you need to sound like a person who’s on TikTok, even if you aren’t.