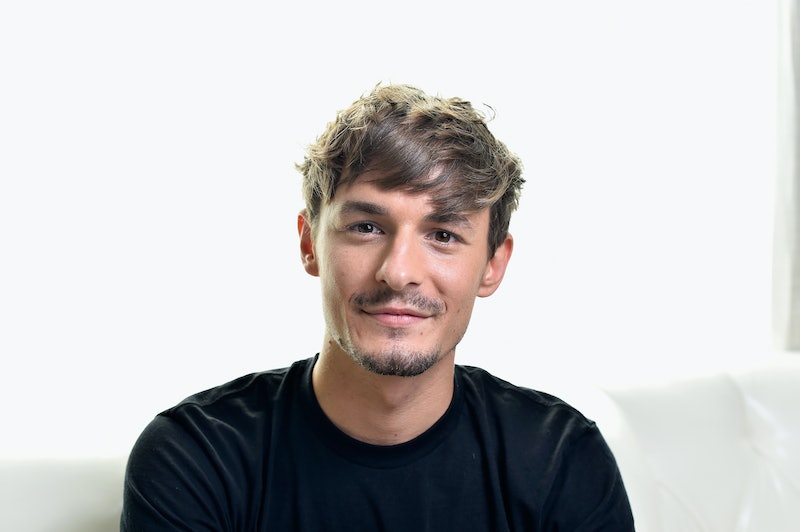 Most of the time, when I hear a guy say he can make my dreams come true, I usually write it off as a very bad pickup line, but in the case of Giles Matthey, he may actually be telling the truth. The actor, who will play Morpheus on Once Upon a Time 's sixth season, is going to prove to be quite the dreamy character — in a very literal sense of the word. For those of you who aren't fully up-to-date on your Greek mythology, Morpheus is known as the Greek god of dreams, allowing him to appear to you while you're sleeping. And guess who just happens to be trapped under a sleeping curse... Belle! Which means you can expect Morpheus to play a significant role in the whole Rumbelle part of this season's storyline. So, sorry to disappoint all of you Matrix fans out there, but Lawrence Fishburne has nothing to do with it.

According to Entertainment Weekly, Matthey’s character is described as "quick-witted and insightful" as well as being "equally good at reading people as he is at hiding his own agenda," whatever that may be. (Is it just me or is this guy starting to sound a lot like Rumple?) Speaking of Rumple, Belle won't be the only one this dreamy god will be interacting with throughout his time on the show. The only question is, will they prove to be friends or foes?

Rumple is obviously desperate to awake his sleeping beauty from her never-ending slumber, so it would serve him well to get on Morpheus' good side, thereby making him more inclined to offer up his services. But as this straw-into-gold spinner has taught us countless times: all magic comes with a price, and I have a feeling that if Rumple wants a favor, he's going to have to offer up something in return, though, for now I have no idea what that could be. Until then, it may be hard to establish this Greek god's true nature.

Morpheus will make his grand debut to the ABC hit fairytale drama during Sunday night's Season 6 premiere, so we won't have to wait very long to see where he'll fit into this particular storyline. Is it possible he'll be the one responsible for waking Belle up? Could he potentially develop feelings for her in the process, thus complicating the whole Rumbelle dynamic? We'll find out his motives soon enough, but in the meantime all we can do is sit back, relax, and see how it all unfolds.

More like this
All The ’70s Easter Eggs You Missed In 'That ’90s Show'
By Grace Wehniainen
Everything To Know About A Potential 'Lockwood & Co.' Season 2
By Gretchen Smail
This 'Gossip Girl' Wardrobe Error Has Gone Viral On TikTok
By Alyssa Lapid
Shonda Rhimes Responded To The Surprise Exit Of A Day 1 'Grey's Anatomy' Figure
By Grace Wehniainen
Get Even More From Bustle — Sign Up For The Newsletter
From hair trends to relationship advice, our daily newsletter has everything you need to sound like a person who’s on TikTok, even if you aren’t.