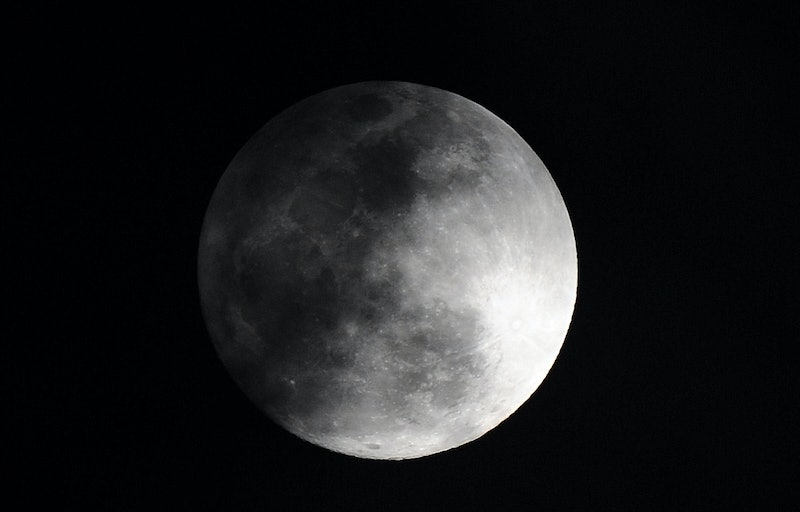 When the moon is in full and unobstructed view of the Earth, it's a special thing. It's an event we can't keep our eyes from. It's an event that draws us out of our homes and encourages us to stop what we're doing and look up. We don't even know what to do with the full moon when it's out. We stare at it, we attempt to capture it in photos. We call the people we think about at night and tell them to look at the moon. We're in awe of it and we want to eat it up or put it in our pocket and keep it forever.

We look because we're anchored to it. Our cores are lassoed by it. Which is exactly why it's so easy to believe moon folklore and superstitions because we're so overly aware of how powerful it is. Surely some of the rumors must be true, we wonder. Once upon a time someone probably thought that the concept of the moon having any effect on the oceans and waves would be tomfoolery. So who knows, maybe some superstitions are true, or will become more true over time. These are some of the wildest ones:

The Full Moon Affects Your Period

People used to believe that the phases of the moon were somehow linked to the menstrual cycle. This idea came from the fact that the lunar cycle is about the same length of a women's average menstrual cycle, but unfortunately scientists found that there was no direct connection to the two. It's just a coincidence that they're about 28-day-long cycles.

Sure, wolves howled at the moon. The also howled at a black sky. It's true that some animals are affected by the moon's presence, but it's not the moon, it's the light that's affecting them. When there's more light, they're more likely to be out and about and active. That's just common sense, not a spiritual calling.

The Full Moon Makes You ~Crazy~

The ancient Roman goddess, Luna, was the divine representative for the moon. She also became the root word for "lunacy". The superstitious have always been trying to prove that people behave differently when the moon is full or new or crescent. The fact is, there's no facts to support that notion. Literally none. So you can't blame your mood on the moon anymore, sorry.

The Full Moon Will Make You Go Into Labor

There's no significant proof that shows that pregnant, full-term women are any more likely to go into labor during a full moon. Sure, it might happen by coincidence, but just in the same way that some babies are born on New Year's and others are born on random Tuesdays.

The Full Moon Will Keep You From Sleeping

In various studies and reports, trial sleep patients actually were recorded as sleeping less during the full moon. This is significant because in the studies, the patients were kept in windowless rooms and made unaware of the current stage of the moon. So, it wasn't the light or the psychological expectation. This remains a significant yet unsolved mystery.