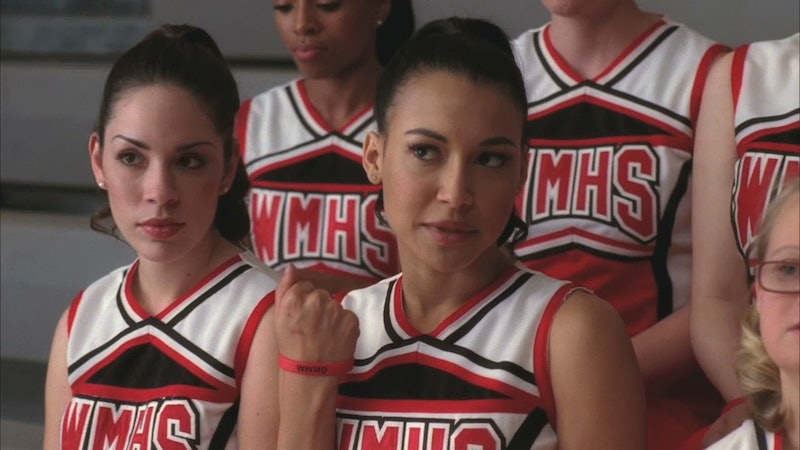 Glee showrunner Ryan Murphy and success go together like strawberries and cream, like Bonnie and Clyde, like you and your smartphone. Murphy seems to have a near-mystical ability to make the TV shows he helms success stories of the small screen: he worked on the seminal '90s series Popular, Nip/Tuck, American Horror Story, American Crime Story and Scream Queens. So it's hard to believe that Ryan Murphy didn't know Glee would be successful, but it's true. At least, according to his interview with Entertainment Weekly:

No one thought that was going to be anything, I think, other than a solid double, maybe at best and we did it, and it was a magical experience because we shot the first 13 episodes in a bubble because nothing had aired.

He then goes away to India and Bali for the summer to shoot Eat, Pray, Love and returns to find he's "like the Beatles." He stressed “It was so crazy, like you could not go out with those kids.” I've got to admit: this story kind of threw me. After all, even back when Glee launched in 2009, he'd already created two series that had dominated the news cycle: b*tchy, funny Popular (like a less gory Scream Queens) and Nip/Tuck, which was nominated for 45 awards over the course of its time on air.

Murphy's surprise at Glee's success is in itself so surprising because, of course, Glee dropped just three years after another musical mega hit: High School Musical. It's even more surprising because, while High School Musical could feel a little general in its coverage of high school "types" (the jock, the nerd), Glee felt warmer somehow, more specific, more personal. This wasn't a coincidence.

In an interview with NPR, Murphy revealed that "When I was a kid, I was in choir, but it was, you know, 16 of us in sad-looking tuxedos and acetate dresses, singing, you know, Christmas songs." He implied he had contrasted this experience with that of watching glee clubs on YouTube in the present and seeing how the performances "are literally like Broadway-level shows." This mix of the personal and the present was reflected in Glee and meant it managed to be completely over the top and authentic all at once.

Season 1 got an 88 percent rating on Rotten Tomatoes and Hank Stuever's review for The Washington Post was typical of the reception it got when he wrote "I never stopped smiling while watching the first few episodes of this pitch-perfect comedy, which finds that elusive sweet spot between snark and heart."

While Glee's approach to the complexities of sexuality, gender, body image, and disabilities may not seem especially enlightened now, back in 2009, it stood out from its competition for storylines like Kurt coming out to Mercedes in Episode 3 or the bake sale the group holds in Episode 9 to raise money for a wheelchair-friendly bus so that Archie can come with them to sectionals.

In short, it ticked all that boxes. It tied in with a trend (entertainment about high schoolers falling in love with each other while performing), it brought something new to that trend (a focus on genuine diversity and real warmth) and it had a talented, experienced showrunner behind it. His surprise that it became a success isn't so much crazy as it is adorable in hindsight — how could it have not been?