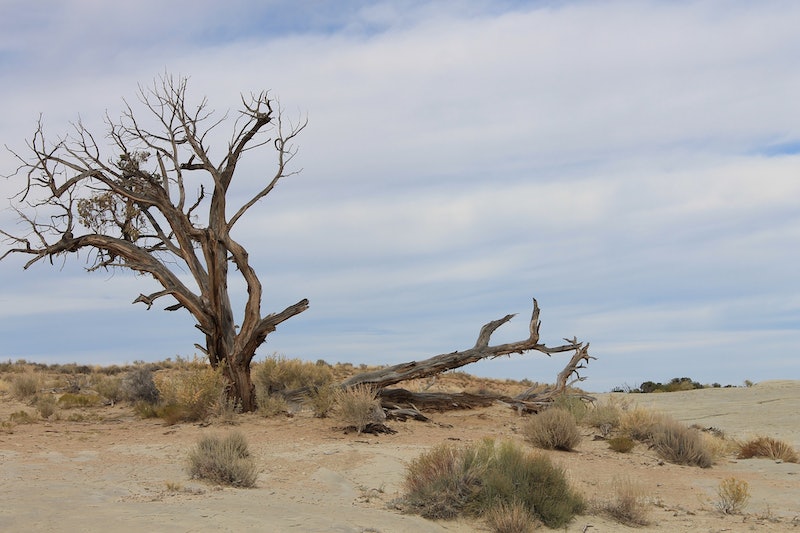 Over the past 40 years, one desolate strip of land in South Texas has become synonymous with the disappearance and murder of young women and girls. This area has a mysterious and terrifying history, and once you ask “What are the Texas Killing Fields?” you will immediately wish that you didn’t know the answer. The bone-chilling name given to this rugged 25-mile piece of land bordering the Calder oil field and League City is something out of a real-life horror story. Four bodies have been found within its limits, about a mile from the I-45. The Texas Killing Fields are part of a 50-mile stretch that runs along Interstate 45, between Houston and the Island city of Galveston, Texas, dubbed the “highway to hell.” There have been 30 bodies found in this haunted place since the early ‘70s.

The remote rugged wasteland that lies between deserted oil fields and the interstate has been described as the ideal dumping ground for a serial killer. There is little chance that a victim could escape their attacker or that their screams could even be heard. "It's a kind of environment that's sultry and sinister, easy to get to. You jump off of I-45. You drive down one of the dirt rutted roads. You dump the body. And you're gone for good," Texas Monthly reporter Skip Hollandsworth told CBS in an interview.

The murders began in June 1971, when 13-year-old Colette Wilson went missing after getting off at a bus stop after school. She was found in the Killing Fields some five months later, dead from a gunshot wound to the head. Throughout the '70s the murders of adolescent and teenage girls continued, all dead from a gunshot wound, all found in and around the Killing Fields. The fragmented police from the neighboring small towns thought the rampage to be the work of a serial killer. Suspects came forward, but the police lacked the evidence to link them to the murders.

The pile of unsolved cases grew through the '80s and '90s. Some bodies were found, some women simply went missing, cars abandoned nearby, never to be seen again. The murders and mysterious disappearances continued through 2006, when suddenly an eerie quiet descended on the wasteland.

In 2012, a breakthrough occurred. Then 45-year-old Kevin Edison Smith was given life without parole for the 1986 murder of 13-year-old Krystal Jean Baker. Smith was linked to the crime after he was arrested in Louisiana for an unrelated incident in 2010. A DNA test performed on Smith matched samples taken from Krystal's underwear and dress. To this day, Smith is the only conviction tied to the Killing Field murders, though detectives hope he may provide some key information for other cases.

The history of this tormented area has been featured in the 2011 drama Texas Killing Fields and a haunting edition of CBS's 48 Hour Mystery . The projects track the many women between the ages of 10 and 25 that have disappeared from around Galveston, Texas, and the cops striving to solve the cases before they go cold. Though the fields have remained quiet for the past 10 years, the mystery of Texas' most notorious killing spree is far from over.

More like this
What Is “Night Luxe?” Breaking Down TikTok’s New Aesthetic
By Courtney Young
'Black Mirror' Season 6 Is Reportedly In The Works, Here’s What To Expect
By Maxine Harrison
TikTok's Favorite Bartender Thinks Mimosas & Bloody Marys Are Out For Brunch
By Alexis Morillo
Are We Drinking Rosé All Wrong?
By Sheila Yasmin Marikar
Get Even More From Bustle — Sign Up For The Newsletter