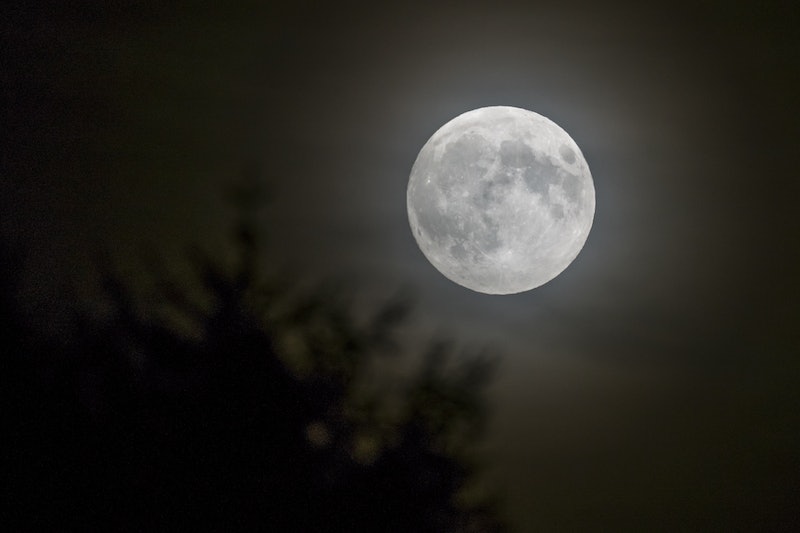 For centuries, there have been legends about the full moon making people do crazy things — and sometimes even going literally crazy. But are there ways that the moon really does affect human behavior? Science has investigated, and their findings aren't what the legends would have you believe.

Despite the fact that cultures all over the world have stories about how the moon affects people, science hasn't found much truth to the legends. Which doesn't mean that there was never any truth in them — after all, researchers today are studying human behavior in a world with electric lighting. So the moon really isn't an important light source after dark any more, or at least not as important as it used to be. Thus, some researchers theorize that, while people maybe once changed their behavior based on whether or not they could see at night, nowadays people can go out after dark any time we want. And so the effects of the full moon today are pretty negligible, so far as we can tell.

However, there are some ways that the moon might impact our behavior — and regardless, there are a lot of stories about the full moon changing the way people act. Here are five examples, and some info about whether or not there's any merit to the myth.

This is maybe the most popular myth surrounding the full moon, and it goes back a long way. In fact, the word "lunatic" even comes from a Latin root indicating the moon. However, researchers today can't find any evidence that people are more prone to mental health problems on the full moon than at any other time of month. And, in fact, there are some studies that find that mental health issues might be worst around the new moon and least troubled around the full moon.

The Full Moon Interferes With Sleep

This is one of the things that researchers think might actually be true. Sleep studies have found that people are more agitated when sleeping around the full moon, even when they don't know what phase the moon is in. So maybe the moon does have some sort of impact on our subconscious. But other studies haven't come to the same conclusions — though some studies do suggest that the extra light on nights when the moon is full might interfere with sleep.

People Are More Aggressive On The Full Moon

This myth doesn't seem to be quite as grounded in reality, though there have been some studies that suggest people might be more violent on the full moon. For instance, one major study in the 1970s found that there was an increase in reported aggravated assaults around the full moon; another found crime in general was more common on the full moon. However, other research suggests that there isn't any correlation between the moon phase and violence.

There are all sorts of stories of animals behaving strangely around the full moon, but it might actually be humans who act differently regarding our pets. Some studies show that more people are admitted to the emergency room for injuries sustained from pets, but researchers think it might not be that the moon makes animals act aggressively but rather that humans are more likely to take advantage of the extra light and take their animals out, increasing the odds that some of those animals will injure someone.

Stories would have you believe that people are more impulsive and less rational around the full moon, but analyzing things like emergency room admissions doesn't bear out that hypothesis. After all, if people are taking more risks, you'd expect them to be injured more often. But it seems the moon doesn't have the hold on our impulsive tendencies that we like to think.

More like this
13 Summer Solstice Quotes To Celebrate The Longest Day Of The Year
By Sadie Trombetta
The Summer Solstice Spiritual Meaning, Explained
By Jessica Booth and Brittany Beringer
The Guide To “Witches Stairs” & Why They’re Actually Great For Small Spaces
By Emma Garza
6 Abortion Advocates To Follow On TikTok
By Sara Youngblood Gregory
Get Even More From Bustle — Sign Up For The Newsletter