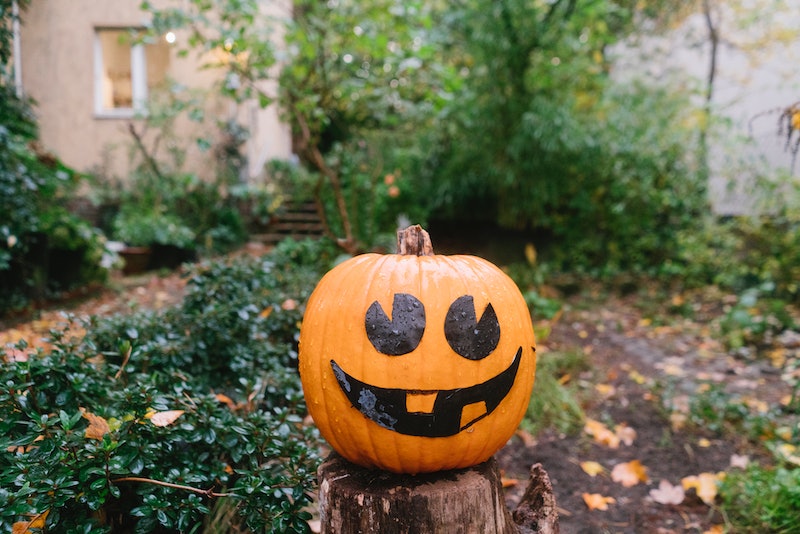 Halloween is the second most commercial holiday after Christmas, making it a huge part of America's culture. So why do we celebrate Halloween to begin with? You may have been dressing up in costume and heading door to door begging for candy since you can remember, but chances are you haven't given a lot of thought as to why. The history behind Halloween's origins might surprise you, because Halloween actually didn't originate in America at all. Far from it, it was in Ireland where the beginnings of Halloween occurred.

The history behind Halloween isn't exactly super simple, but it can be learned quickly enough. As I said, you have the Irish to thank for this beloved holiday — not just St. Patrick's Day — so take the five minutes to follow the holiday's history from its earliest days. Halloween hasn't always been about bobbing for apples, collecting candy, and dressing up as zombies, if you can believe it. Though, it has always had a history affiliated with ghosts, dead people, and the like. See? Even history can be a little bit spooky. Learn the facts, share the facts, and be a smarter, more culturally aware person because of it. Here are the real reasons why we celebrate Halloween.

1. It all started with Samhain.

Long before it was Halloween, it was Samhain, a Gaelic festival that was held on Nov. 1. The Irish believed that Nov. 1 was the day before the dead returned as ghosts. In hopes of keeping the ghosts at bay, people would put food and wine on their doorsteps, and if they were headed outside of their homes, they would wear masks to blend in with the suspected ghosts.

2. Samhain turned into All Saints' Day.

In the eighth century the Christian church changed Samhain into All Saints' Day, which also became interchangeable with the name All Hallows Day. The night before All Hallows Day became known as All Hallows' Eve, which was eventually turned into "Halloween."

3. The traditions we know started in Medieval Britain.

Medieval Britain created two traditions of its own in response to Halloween, including "souling" and "guising." Souling occurred on Nov. 2, otherwise known as All Souls' Day, where the poor would beg for soul cakes (a type of pastry) in exchange for their prayers for peoples' dead relatives. Guising was when the young would dress up in a costume and sing, recite poems, and tell jokes for food, wine, and money.

4. Irish and Scottish immigrants revived the tradition in America.

Eventually, Halloween began making its way to America in the 19th century when Irish and Scottish immigrants revived the old traditions. This evolved into what we now know today as "trick-or-treating." However, up until the mid-20th century there was much more "tricking" happening instead of "treating." In the 1950s, Halloween was at last commercialized and it became a family-friendly holiday.