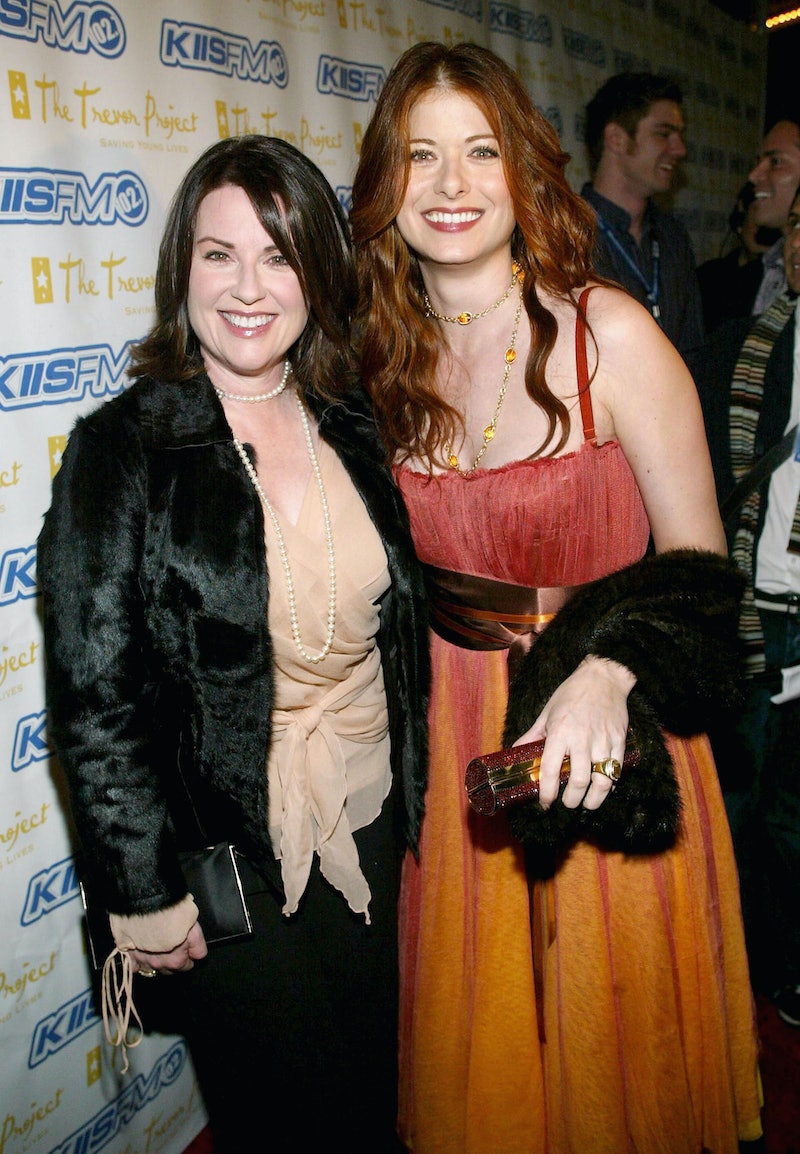 Will and Grace fans everywhere are freaking out about pictures Debra Messing posted to her Twitter, featuring the show's cast together again. The mini Will and Grace reunion features the show's main crew — Messing (Grace), Eric McCormack (Will), Megan Mullally (Karen), and Sean Hayes (Jack) — hanging out together, 10 years after their iconic show's series finale. The photos of the reunion are truly heartwarming because of how much fun the actors all look like they're having, and their risqué captions make it even more hilarious.

It's hard to believe it's been a decade since fans last saw, Will and Grace, the groundbreaking sitcom that ran in the late '90s and early 2000s about the friendship between Will, a lawyer, and Grace, an interior designer, as well as their friends Jack and Karen. The show was a huge deal, in that it featured two gay main characters at a time when few television shows had any LGBT representation, and it was super popular to boot. Vice President Joe Biden has said that the show "probably did more to educate the American public than almost anything anybody has ever done so far."

LGBTQ rights and media representation have progressed since the show debuted, though there's still a lot of room for improvement, and it's interesting to consider the show's legacy and attitude in the present day. The response to the mini reunion definitely show that lots of people still remember and love Will and Grace.

Could all these pictures mean that a larger reunion, possibly a movie or new season, might be coming soon? Lots of people have taken the photos as a good sign, including a certain Unbreakable Kimmie Schmidt star. We'll have to wait and see, but let's hope the cast never stops posting pictures together and also that Tituss Burgess has some sway over at Netflix.

There have been rumors of reunions before, but the cast has been hesitant, not wanting to spoil a good thing. The cast did briefly reunite to honor the director James Burrows in February, and they all seem to be very close.

It seems likely that these photos are just preserved memories of a get together between former coworkers and friends, but who knows? Netflix has proven itself capable of handling reboots from Full House to Gilmore Girls, so Will & Grace could totally be next.