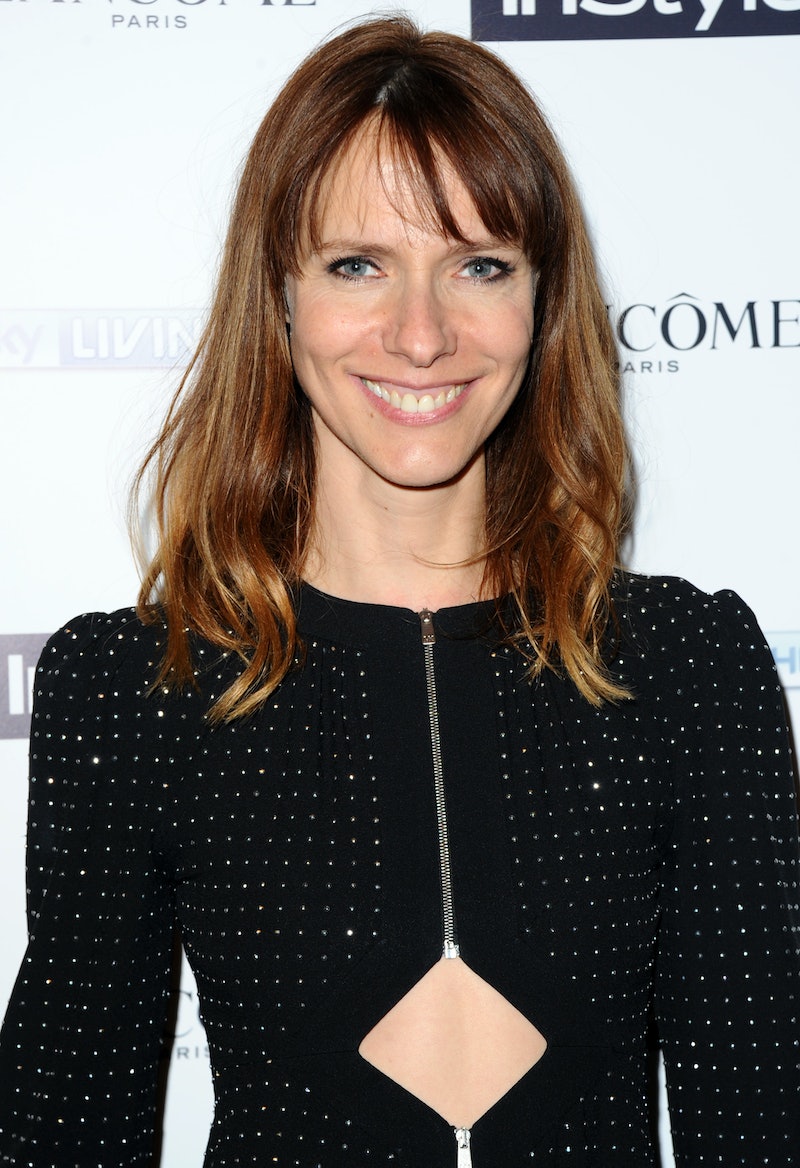 Doll & Em premiered Wednesday night on HBO and while you're likely familiar with one of the leads already, the other might be new to you. If you found yourself asking, "Who is Dolly Wells?" and "Are Dolly and Emily really friends?" then you've come to the right place. Dolly Wells stars in Doll & Em along with her real life friend Emily Mortimer. You may know Mortimer from The Newsroom, 30 Rock, or Lars and the Real Girl, among many other roles, but Wells, though she's had many roles of her own, isn't as well-known. At least not in the U.S. As for her long resume, Wells has had parts in Bridget Jones' Diary and the British sitcoms Peep Show, Some Girls, and Star Stories. Comedy runs in Wells' family — her father is English satirist and actor John Wells.

On Doll & Em, Wells and Mortimer play childhood best friends whose relationship becomes strained when Doll begins working as Em's personal assistant. In real life, the two actually are long-time friends. They met as children and began writing together about ten years ago when Mortimer moved from England to America. Mortimer said in an interview with Vulture, "We needed an excuse to keep talking to each other in as intense a way as we always did, and to justify the ridiculously high phone bills and constant airplane tickets."

It wasn't just an excuse, they actually were working and after years of avoiding writing about themselves, gave in and developed Doll & Em. Mortimer continued, "Ten years ago, we were much more lofty about our ideals. We thought we’d write some great screenplay that would have nothing to do with us, so we wouldn’t need to be in it. Ten years later we were like, 'Fuck it. Let’s just write it for ourselves. It’s hard enough to get a job.'"

Wells told the Wall Street Journal of working with her best friend, "It's a love letter to our relationship. We feel really lucky to have each other and very proud to have had such a close friendship for so long. Once you have that security, you really can play with the dark side."

Up next for Wells is the film Benny & Jolene (formerly, Jolene: The Indie Folk Star), a "comedy road movie" about a young couple. But for now, she can be seen in Doll & Em Wednesdays at 10pm on HBO.