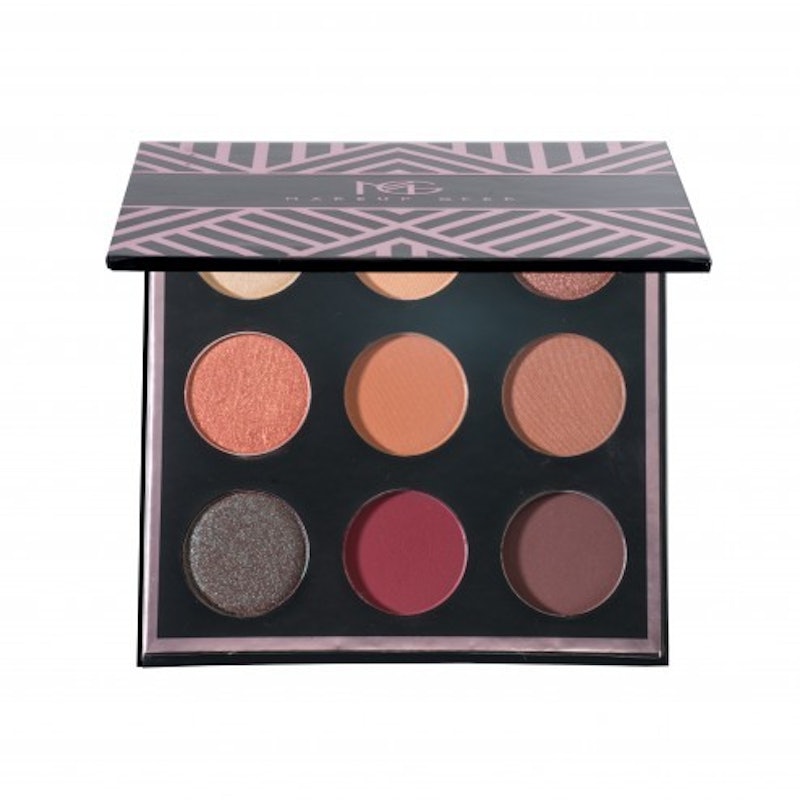 Going, going, gone! Guess what's making its final makeup lap? Yep, the Makeup Geek x Manny MUA eyeshadow palette. Don't freak out; instead use your time wisely to scoop up this limited edition collection on the quick and here's why. The palette enjoyed "instant sellout" status when it dropped, thanks to the nine pans of complimentary nude, neutral, and berry shades contained within. It was a majorly popular brand x vlogger collabo, landing right before brand and blogger partnerships became as prevalent and common as they have in 2016.

You might hit pan on almost every shade in the collection. The shadow shades are that good. The brand posted an Instagram, encoutraging its fans and "Mannyiacs" to grab the Manny MUA shadow palette before it's "gone forever."

However, Makeup Geek did not post a "final" restock date for customers to shop the Manny MUA palette. As of press time, the palette is indeed still available on the Makeup Geek site, which is its sales platform. So it's likely that the Makeup Geek x Manny MUA eyeshadow palette, which costs $45, will be available for purchase until the remaining stock is drained. It doesn't appear that the brand will be restocking this palette.

Bustle reached out to Makeup Geek to seek further details on when the Manny MUA palette will be gone for good.

UPDATE: We heard back from Makeup Geek's PR team, confirming the following: "The palette will be discontinued once the current stock runs out."

Here is the Instagram post confirming the status of the Manny MUA palette. "Forever" is such a long, long time.

Here is the screen shot from the MUG site, where the Manny MUA palette is readily shoppable for Mannyiacs and shadowistas. Don't delay.

Those colors are perfect for fall and beyond. According to the product description, Manny himself said that the palette "can be worn by anyone and everyone regardless of age or race—I wanted to make sure of that! I worked so hard on this palette and I couldn't be happier with the results!"

BTW, Manny MUA's liquid lippies for OFRA Cosmetics started out as limited edition but were eventually upgraded to permanent status.

More like this
The Best Of June's Beauty Launches, According To Our Editors
By Bustle Editors
7 Expert-Recommended Tips For Using Body Makeup
By Audrey Noble
11 Fresh Fragrances Perfect For Summer
By Paris Giles
4 Game-Changing Makeup Hacks For Oily Eyelids
By Hilary Shepherd
Get Even More From Bustle — Sign Up For The Newsletter