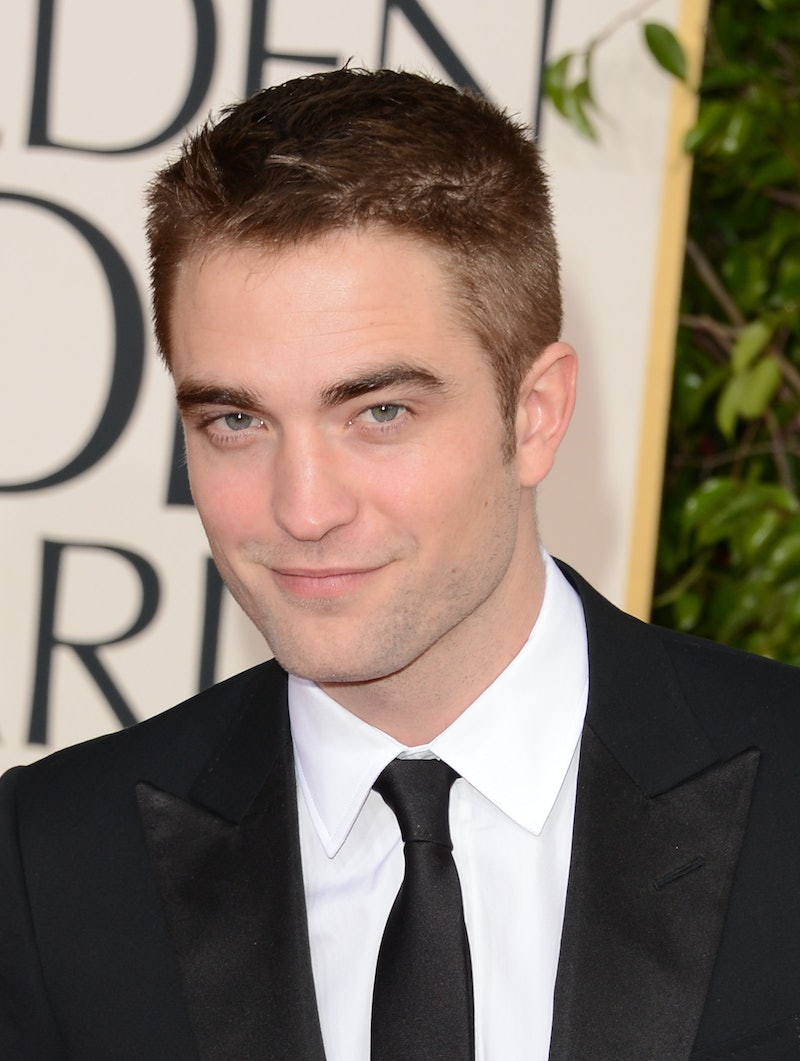 It's been a hot minute since we've seen our favorite piano-loving glittering vampire, but things are looking up, because Robert Pattinson will be heating up the big screen in no time. He's been laying low since the end of The Twilight Saga but that doesn't mean he hasn't been busy. Since 2012, Pattinson has filmed three movies: The Rover , Maps to the Stars, and Queen of the Desert, two of them completed and one in post-production, all set to debut some time in 2004. The former Cullen has also signed up for two movies in 2015, The Lost City of Z and The Childhood of a Leader.

The first of Pattinson's plethora of soon to be released movies is The Rover, which he spent filming in the Australian desert. It's a not too far in the future set dystopian flick, in which he plays Reynolds, a criminal gang member with some seriously bad teeth. To our fortune, it was just given an earlier release day and is now set to premiere on June 13th. It'll be interesting to see Pattinson portray characters so out of his element. It is going to take some serious acting chops in order to prove to critics that he can truly hold his own after playing Edward Cullen for so long, but we have faith can do it (Remember Me, anyone?). We're definitely getting our popcorn ready.

More like this
Jennifer Coolidge Got A Lot Of “Action” Thanks To 'American Pie'
By Catharina Cheung
Reese Witherspoon Gave Fans Hope For 'Legally Blonde 3' After This Surprising Movie Inspired Her
By Jake Viswanath
Jamie Foxx Revealed The Question That Got Cameron Diaz To “Un-Retire”
By Grace Wehniainen
Before 'Bullet Train,' Revisit These Brad Pitt 'Fight Club' Premiere Photos From 1999
By Grace Wehniainen
Get Even More From Bustle — Sign Up For The Newsletter