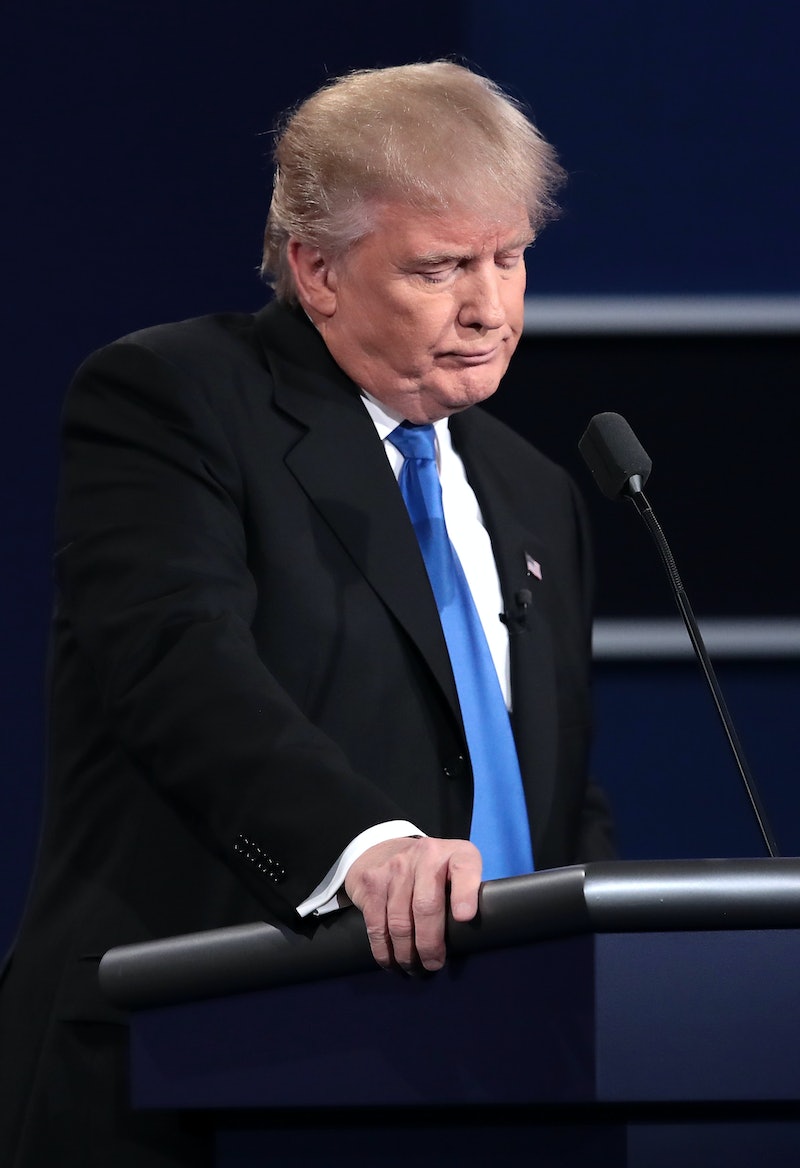 If you were worried about Republican candidate Donald Trump's repeated deep sniffs throughout Monday night's presidential debate, you can stop: Trump's sniffs have their own Twitter account. Despite the fact that his health has been evaluated as “astonishingly excellent,” Trump sniffles took center stage at the first of three presidential debates, leading eventually to an inevitable meme-ification by that monolithic entity that is internet humor.

Joining the ranks of other such inanimate Twitter accounts as Drake’s Knee, Karl the Fog, and the more politically inclined Rick Santorum’s Sweater Vest, @trumpsniff brings together the best of what the internet had to say about the sharp inhalations. Of course, all of these accounts owe some of their legacy to one of the first and greatest inanimate Twitter account, Binders Full of Women, which of course came into being four years ago during the presidential debate between Mitt Romney and Barack Obama in 2012. At that debate, in response to a question on pay equity, Romney started wondering aloud how he ended up with an all-male cabinet as governor of Massachusetts.

“I went to a number of women's groups and said, ‘Can you help us find folks,’ and they brought us whole binders full of women,” Romney said. The comment quickly made Romney the laughingstock of the internet.

If you need something to help you un-clench from the debate, this might be just the ticket:

Of course, even Trump’s sniffs are top-notch.

More like this
YouTuber Runs Into Margaret Sanger’s Grandson While Filming
By Alexis Morillo
What Is A “Softboy?” The TikTok Term & Aesthetic, Explained
By Courtney Young
Why Are TikTokers Slapping Each Other With Tortillas?
By Courtney Young
Coastal Granddaughter Is The Latest Summer Aesthetic Going Viral
By Emma Garza
Get Even More From Bustle — Sign Up For The Newsletter