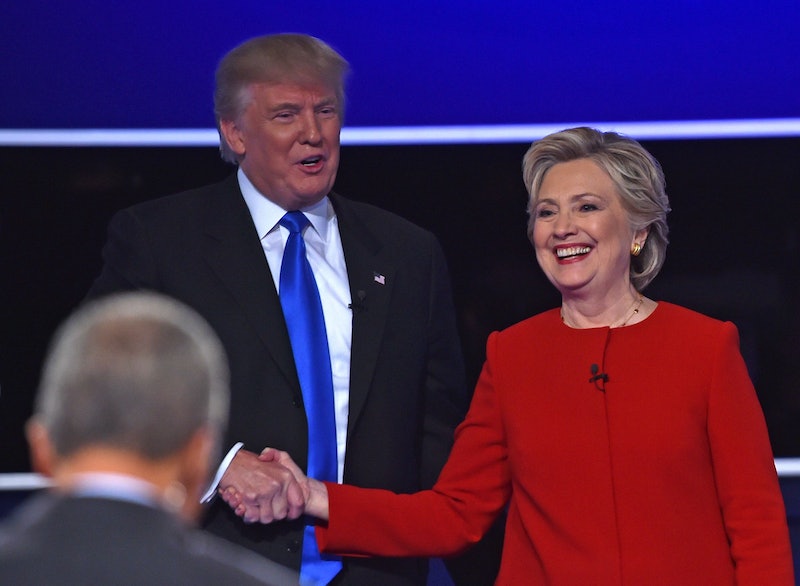 The much-anticipated first debate between presidential hopefuls Donald Trump and Hillary Clinton is over, and of all the takeaways from their verbal sparring that will undoubtedly be analyzed endlessly, one of the biggest was not something either candidate said at all. Rather, it was a comment by Chuck Todd of NBC's Meet The Press, who said in his post-debate analysis that, in comparison to Trump, Clinton seemed "over-prepared." While Clinton was indeed miles ahead of her opponent in terms of preparation, there's no way Clinton could be over-prepared for a presidential debate, and to suggest otherwise is tantamount to giving credit to Trump where it absolutely is not due. Update: Todd later tweeted: "This short handed what I said on air. I said she sometimes included too many points in one answer."

After the debate ended, Todd described his take on it:

It was clear both candidates didn't lie to us about how they prepared for this debate. Hillary Clinton was at times, you could argue, even over-prepared and her opening statement must have had 15 policy proposals within that two minutes. And that was Donald Trump who we've all come to cover in this campaign — That was the same Donald Trump. Very reactive. He was filled with emotion. He had a couple of decent moments at the top, but there were times when I didn't understand the point he was making ...

Interestingly, the rest of Todd's post-debate analysis segment was pretty spot-on: he derided Trump for his "reactive" behavior, and said that this was "not like any normal political debate." But at the same time, Todd also called Clinton "over-prepared," something that shouldn't necessarily be perceived as a downfall or flaw. And that summary was what spread like wildfire across Twitter, with many claiming that the concept of an "over-prepared" presidential candidate couldn't possibly be a bad thing.

There are other terms Todd could have used to better describe his impression of Clinton during the debate, like scripted or even calculating. But "over-prepared" was a poor word choice that ultimately undercut her performance.

Sure, in comparison to Trump's babbling, Clinton did seem almost scripted, and her poise was all the more pronounced by her opponent's almost cartoonish lack of composure. But to suggest that this stark contrast is somehow a fault of Clinton's or evidence that she is "too prepared" for this debate or the presidency, for that matter, is almost hilarious. Clinton's debate preparation is akin to the kid who took two SAT courses and studied nonstop for a week ahead of the test, while Trump's is closer to someone who maybe studied for an hour but decided to party the night before instead. Trump being completely out of his element implies nothing about Clinton, other than that she's so much more qualified to be president.