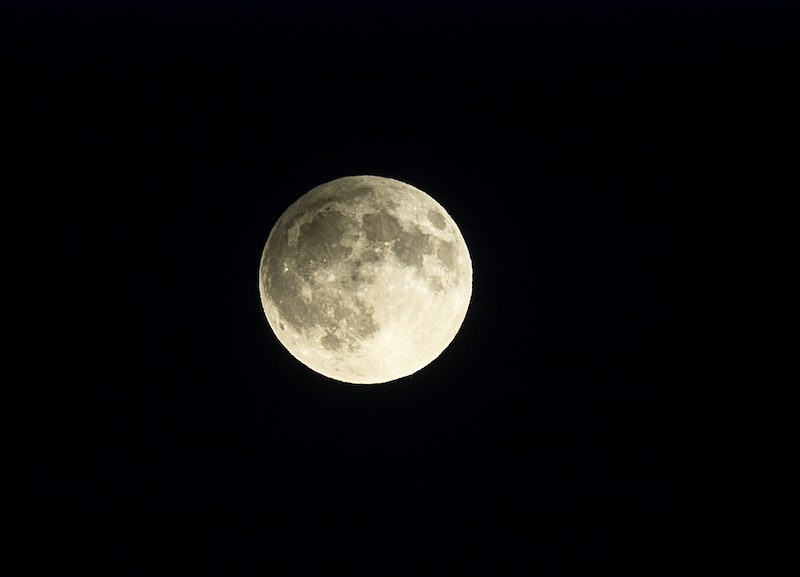 Man, September has just been full of astronomical fun, hasn’t it? Two eclipses, the Harvest Moon, whatever all that Ophiuchus business is — and now, we have this: On Sept. 30, 2016, a Black Moon is happening. It sounds dark and mysterious, and I love all things dark and mysterious, so obviously this is a very exciting time for me.

So what the heck is a Black Moon? Is it as metal as it sounds? Well, I suppose that depends on your definition of “metal.” In essence, a Black Moon is just your standard, run-of-the-mill new moon — that is, the phase of the moon during which its Earth-facing side lies completely in shadow. Without the sun reflecting off of it in a way that’s visible to us here on Earth, the moon appears to be a big ol’ swath of nothingness in the night sky. It’s the first of the moon’s four principal phases — hence the term, “new moon.”

What makes a Black Moon special, though, is that it’s the second new moon to appear in a single calendar month — something which occurs at a rate of about once every two and a half years. Time and Date notes that this is actually relatively frequent, all things considered, which means we can’t really call it “rare”; however, Space.com refers to it as “a somewhat unusual celestial event,” which fits the bill nicely. According to AccuWeather, the September 2016 Black Moon will be the first Black Moon to occur since March 2014. (And for the curious, the first new moon of September occurred on the first of the month, coinciding with the annular solar eclipse.)

Unlike a few of the other celestial events that have occurred recently, the Black Moon won’t be quite as difficult to see… although it might more accurately be described as “seeing” it, with intentional quotation marks, because the whole point of a Black Moon is that you can’t actually see it. What you can do, though, is head outside on Sept. 30, look up, and marvel at the apparent absence of the moon. It’s not that the moon isn’t there, of course; it just looks like it’s missing because of that whole lack-of-sunlight-reflecting-off-of-it thing. (And no, a crescent moon — like the one seen up top here — isn't a new moon. Just, y'know, FYI. The picture appears as it does here because a picture of the new moon literally just looks like empty sky, and that's not very visually exciting.) The Black Moon officially occurs at 8:11 p.m. ET on Friday, Sept. 30.

Happy… well, not exactly moon gazing, I guess, but… uh… you get what I mean.

More like this
Your Daily Horoscope For August 15, 2022
By Mecca Woods
The Best Careers For Virgo Zodiac Signs
By Brittany Beringer
How The August 2022 New Moon Will Affect Your Zodiac Sign
By Nina Kahn
The 3 Most Humble Zodiac Signs
By Nina Kahn
Get Even More From Bustle — Sign Up For The Newsletter