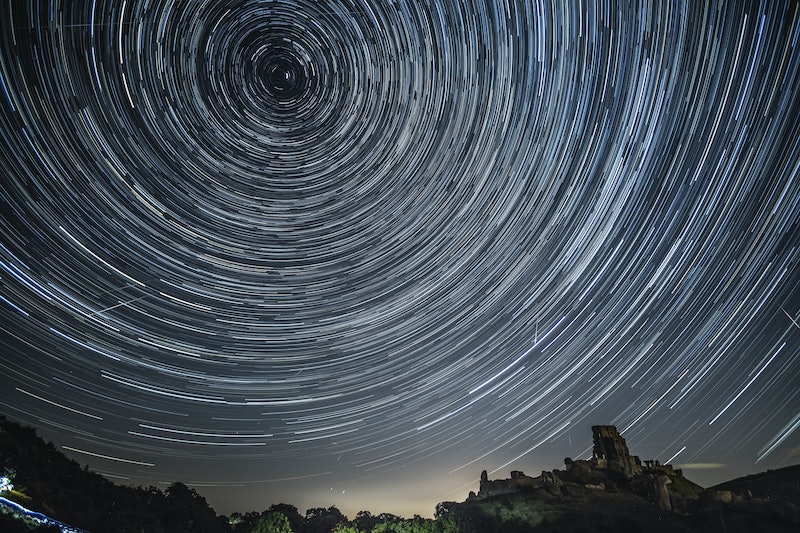 Ah, the end of September. The start of autumn and Libra season. Or not, apparently, because according to scientists and astrologers alike, there's a 13th zodiac sign and it's throwing the whole chart off and I'm a Virgo now which, like, no. I'm not. But to delve into the history of Ophiucus, the supposed 13th sign, is to wade into literal thousands of years of astrology drama, in which astronomy, star-gazing, and social pressures are intertwined into one giant knot. This is a deep dive, star nerds. Let's do this.

Using the night sky as a guiding force has been a survival tactic since pretty much the arrival of humans; the practice of astrology that we most closely follow today, "Western Astrology," was established over 2,000 years ago by the Babylonians in Mesopotamia. It was then refined by the Greeks and preserved by the Arab Empire, until its re-emergence in Medieval Europe. The 12 zodiac signs with which we're familiar were named for The Zodiac, a belt of constellations through which the Sun appears to make its way across (from Earth, at least) over the course of a year. The word "zodiac" comes from the Greek zodiakos kuklos, which translates to "circle of animals."

The "Tropical Zodiac" — that is, the 12 zodiac signs and their corresponding characteristics — was created by simultaneously observing the movement of the Sun through the solar system, and the temperament of babies born throughout the year. Astrologers noted the patterns that emerged over time in terms of personality, tendencies, and character traits, and found that they often corresponded with specific night sky alignments.

Up until the 17th century, astrology and astronomy were one and the same, two parts of one discipline. As the Scientific Revolution and the Age of Reason rolled around, a schism formed and has remained ever since. But this shared history reveals a deeper understanding of astronomy than most astrologists are given credit for.

Ancient astrologists, for example, were very much aware of Ophiuchus, better known as "Serpentarius," the Serpent Holder. It was one of the 48 classic constellations listed by Ptolemy — look through that list, and you'll note the 12 zodiac signs as well. It was also very much known that the Sun did in fact seem to cross through Ophiucus, but as the Sun remained there for only 19 days, the astrologists chose to essentially be like, "Nah" and move from Scorpio directly to Sagittarius.

In 2011, Parke Kunkle, an astronomy professor at Minneapolis and Technical Community College suggested an overhauling of the current astrology charts. The charts have remained static for over 2,000 years, Kunkle argued, while the universe has not. Not only is Ophiucus the 13th zodiac sign, all of the signs, in fact, are off by about a month. If you were born between Nov. 30 and Dec. 17, Kunkle (and a lot of others) argue, then you're an "Ophiucus."

Aaaaaaand that essentially brings us to now. Some astrologers believe that in order to remain true, the discipline needs to shift with the heavens. Others feel that to add a 13th sign would not only screw with the system (12 houses, 12 signs, 12 months in a calendar year), but it's unnecessary. Ophiucus has never been a secret, they argue, so why include it in the zodiac now just because of social pressure? And then there's NASA and other astronomers, who will dip their toe in the zodiac argument just enough to create a ripple — "To ignore Ophiucus is to ignore the reality of what you're studying and also astrology isn't a science anyway" — and then scamp away, giggling.

More like this
The Judgement Tarot Card Wants You To Be Decisive
By Kristine Fellizar
Your December Astrological Forecast
By Nina Kahn
Here’s Your Daily Horoscope For November 29, 2022
By Mecca Woods
The Best Self-Care Strategy For Your Zodiac Sign
By Marilyn La Jeunesse
Get Even More From Bustle — Sign Up For The Newsletter