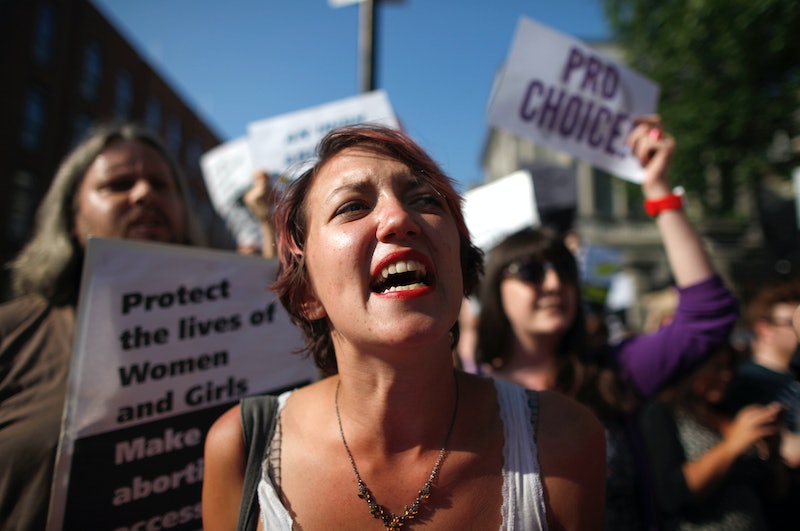 At its adoption, the Hyde Amendment banned the use of Medicaid or Indian Health Service funds to pay for abortions, unless a pregnant woman's life was in danger. As a result, low-income and Native American women found it all but impossible to obtain abortions and, therefore, to exercise their reproductive freedom over their own bodies. In the years after the initial law took effect, the Hyde Amendment was expanded to prohibit coverage of abortions for members of the U.S. military, Peace Corps volunteers, and federal employees. Congress has also prohibited Washington, D.C. from using public funds to cover abortions.

Clearly, the Hyde Amendment could potentially affect the medical decisions of millions of women. With one in six women of reproductive age on Medicaid service, the low-income female population might find itself at a particular disadvantage.

Yamani Hernandez, executive director of the National Network of Abortion Funds, has seen this disadvantage in action. "The specific moment that stands out to me when I think about why I'm fighting to repeal the Hyde Amendment is a pregnant and already-parenting student who couldn't afford abortion and was willing to orchestrate being physically attacked to end her pregnancy," she says. "She felt it was easier to get beat up than find the money for an abortion."

The story that Hernandez tells is troubling, but it isn't unique. It's the same position that many low-income women of color have found themselves in as a result of the Hyde Amendment. Perhaps the best-known story is that of Texas' Rosie Jimenez in 1977, just a year after the Hyde Amendment first became law. Jimenez could not afford a proper abortion and died from an illegal abortion.

The Hyde Amendment does harm to more than a woman's freedom over her own body — it harms her economic opportunity.

"Had she had a different source of insurance — maybe a different last name — her story could have been different," says Jessica González-Rojas, executive director of the National Latina Institute for Reproductive Health, of Jimenez's story. "Hyde punishes women like Rosie who, like so many members of my community, are low-income women of color navigating the uncertainty, hostility, and even mortal risk of having no access to safe and affordable abortion care."

The issue goes far beyond a woman's unplanned pregnancy. According to research, women who seek abortions but cannot obtain them are more likely to fall into poverty than others. In other words, the Hyde Amendment does harm to more than a woman's freedom over her own body — it harms her economic opportunity. That means it also affects the overall economic climate of the country. Low-income women who find their abortions blocked by the Hyde Amendment may find themselves trapped in a cycle of poverty.

Ultimately, the Hyde Amendment and similar laws prevent nearly 29 million women from obtaining insurance coverage for potential abortions, should those women seek them. Data overwhelmingly shows that many of those millions of women come from low-income families of color. Without proper abortion coverage, these women are particularly vulnerable to dangerous illegal procedures and poverty. As the Hyde Amendment marks its 40th anniversary, the legislation continues to limit freedom and opportunity for much of the country's reproductive-age population.