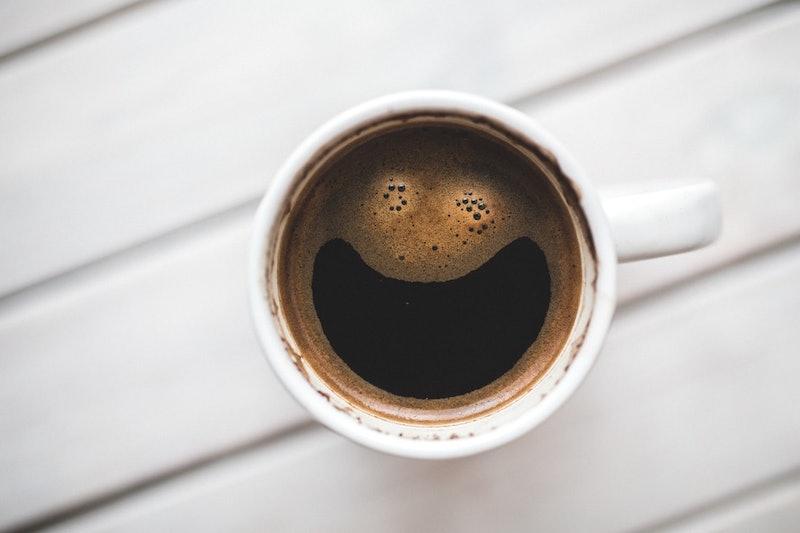 National Coffee Day is Thursday, Sept. 29 (that's tomorrow, folks!) — or as I like to call it, "Christmas, the Prequel." To celebrate, the personal finance website WalletHub ranked the best cities for coffee lovers in 2016. To do so, they compared the 100 largest cities in the United State across 12 metrics, including the average price of a coffee pack and the number of coffee shops, coffee houses, and cafes per capita. These metrics came together to give each city its own score. Now, you can legitimately map out the most epic road trip ever, comprised of all the best cities to get a cup of coffee.

Coffee it almost its own little culture, and rightfully so. With countless brewing methods for coffee, flavor combinations to infinity and beyond, and numerous studies pointing to the health benefits of coffee, it's no wonder that the delicious drink has made its way into so many people's morning routines. Everybody loves coffee. Even people who hate coffee love coffee. Why? Because there are a million ways to drink it. The sky is the limit, and it's the answer to all of life's riddles: Afternoon slump? Coffee. Trouble concentrating? Coffee. Split ends? Coffee.

So, without further ado, here are the top five cities for coffee lovers — plus, suggestions for specific shops to check out, based on my own research. For the full list of the country's 100 largest cities ranked, head to WalletHub.

This one may come as no surprise, since Portland is home of the ever popular Stumptown Coffee — coffee that's so good, they even ship it internationally. Portland is included on many lists of the best coffee in the United States. WalletHub gave them a total score of 68.62.

If you're wondering what makes Seattle so special, it might be the fact that it's the city where Starbucks coffee got its start. The mega chain opened its first store in Pike Place Market in 1971, and you can still visit it today. It is truly the heart of Starbucks. Seattle ended up finishing with a score of 64.87.

It turns out that one of the two Twin Cities is also a great place to stop to satisfy your coffee craving. And with their frigid winters, I'd bet that a steaming cup of coffee is probably amazing. According to Yelp, Five Watt Coffee is the place to be, with 180 reviews and an overall 4.5 star rating. Minneapolis scored a 63.65 with WalletHub.

Who knew? 63.62 points put Pittsburgh in fourth place, not far behind Minneapolis. It was also one of the best cities in terms of most affordable coffee shops, coffee houses, and cafes rated 4.5 stars or more per capita. Eater Philadelphia picked Menagerie Coffee as its number one go-to; and they get bonus points for locally sourcing their snacks!

The last time I was in Orlando, the only thing I noticed was how frizzy my hair was from the humidity. Clearly, I wasn't paying attention. WalletHub gave them a score of 61.70, and it's easy to see why. Not only do they come in third overall for the lowest average price per pack of coffee, but they ranked fifth for most coffee shops, coffee houses, and cafes per capita, and third for the most doughnut shops per capita. The Orlando Sentinel picks Axum Coffee as its top choice. It's not just their delicious coffee — it's also their heartwarming story: 100 percent of their net profits go to helping those who need it. Read the full story here.